NEW figures reveal a postcode lottery for Covid vaccines with some areas way ahead of others.

Almost 60 per cent of ALL adults in one part of the Isle of Wight have had their first jab – but the rate is 20 times lower in one area of Sheffield. 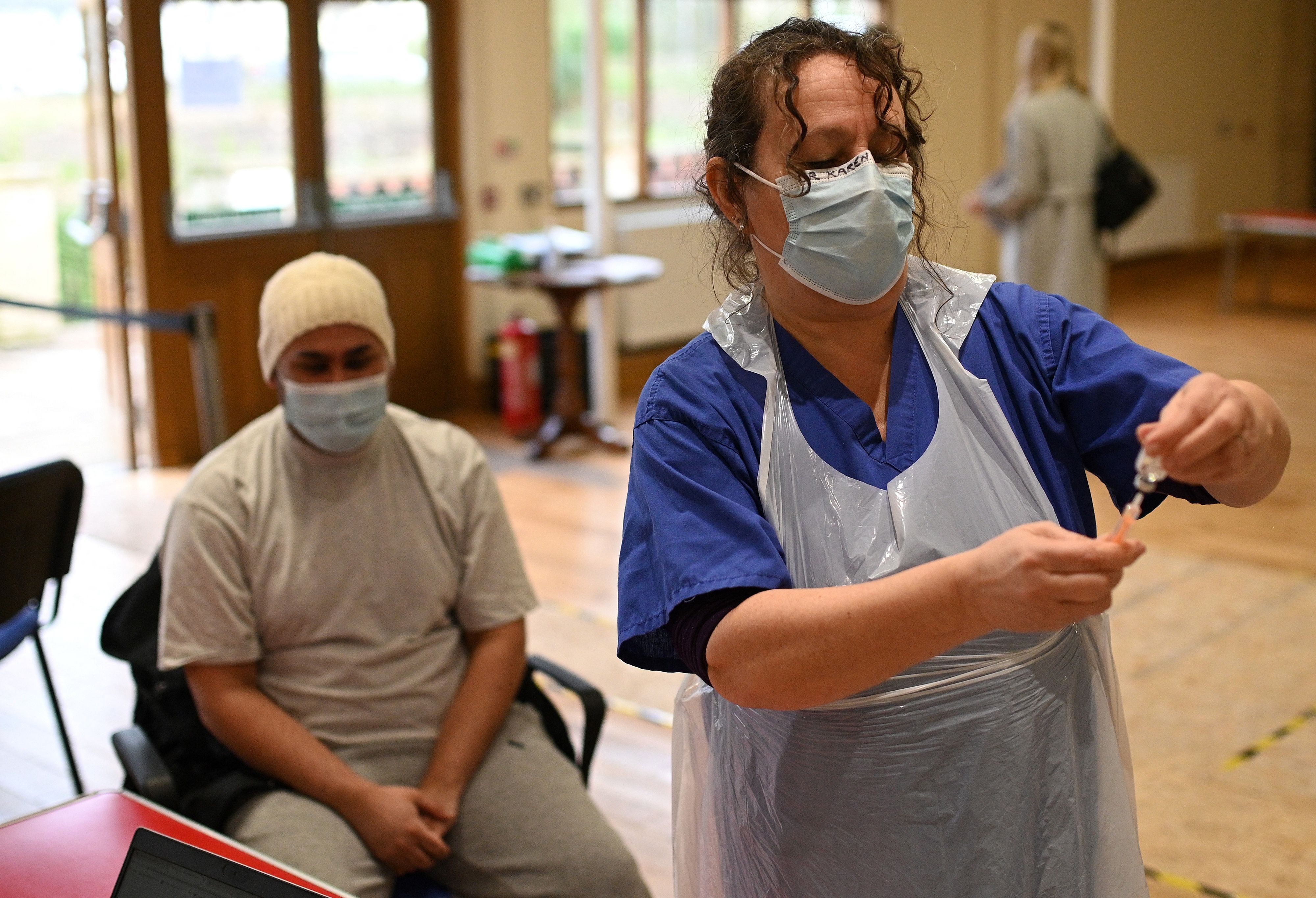 NHS statistics show nine in 10 over-65s in England had received their first dose of the vaccine by February 21.

And analysis by the MailOnline suggests 15 areas of the country have jabbed at least half of all their residents.

Yarmouth and Freshwater on the Isle of Wight came out on top having vaccinated 57.5 per cent of the population – a total of 5,451 first doses.

This was closely followed by Sidmouth Town in Devon at 57.3 per cent, and Felixstowe East in Suffolk at 54.75 per cent.

But, 77 districts have vaccinated fewer than 10 per cent of residents, based on NHS figures and Office for National Statistics population estimates.

TOP 5 AREAS FOR VACCINATING ALL RESIDENTS

Cathedral and Kelham in Sheffield came bottom, having vaccinated just 3.19 per cent of its 21,171 residents.

Next was University North and Whitworth Street in Manchester at 4.8 per cent) and Arboretum, Forest & Trent University, in Nottingham at 4.82 per cent.

And this was closely followed by Leeds City Centre, which has given just 5.18 per cent of residents their first dose, and Tidenham & Woolaston, Gloucestershire at 5.7 per cent.

Rates can vary due to population breakdowns – but it appears northern cities are the worst performing so far.

The roll-out is currently asking everyone over 60 and anyone over 18 with a health condition that increases their risk of Covid to come forward for slots.

But people in their 50s have already been called up, potentially due to the speed of the rollout.

There are also anecdotal reports of people in their 40s, 30s and even 20s being asked to book appointments by the NHS, even though they have no serious health condition.

BOTTOM 5 AREAS FOR VACCINATING ALL RESIDENTS

NHS figures also revealed 71.5 per cent of care home staff in England have received a first dose of the vaccine.

But the roll-out is seriously lagging in London where the rate is just over 50 per cent.

The capital has dished out the fewest doses to over-65s, with eight areas of the city in the bottom 10 parts of the country for rollout to the age group.

Top of the pack was Telford and Wrekin in Shropshire, which has vaccinated 97.7 per cent of all residents, followed by South Warwickshire (97.6 per cent) and Stafford (96.7 per cent).

Fewer than seven per cent of those in parts of Birmingham, Leeds, London, Leicester, Manchester and Nottingham have received their first jab. 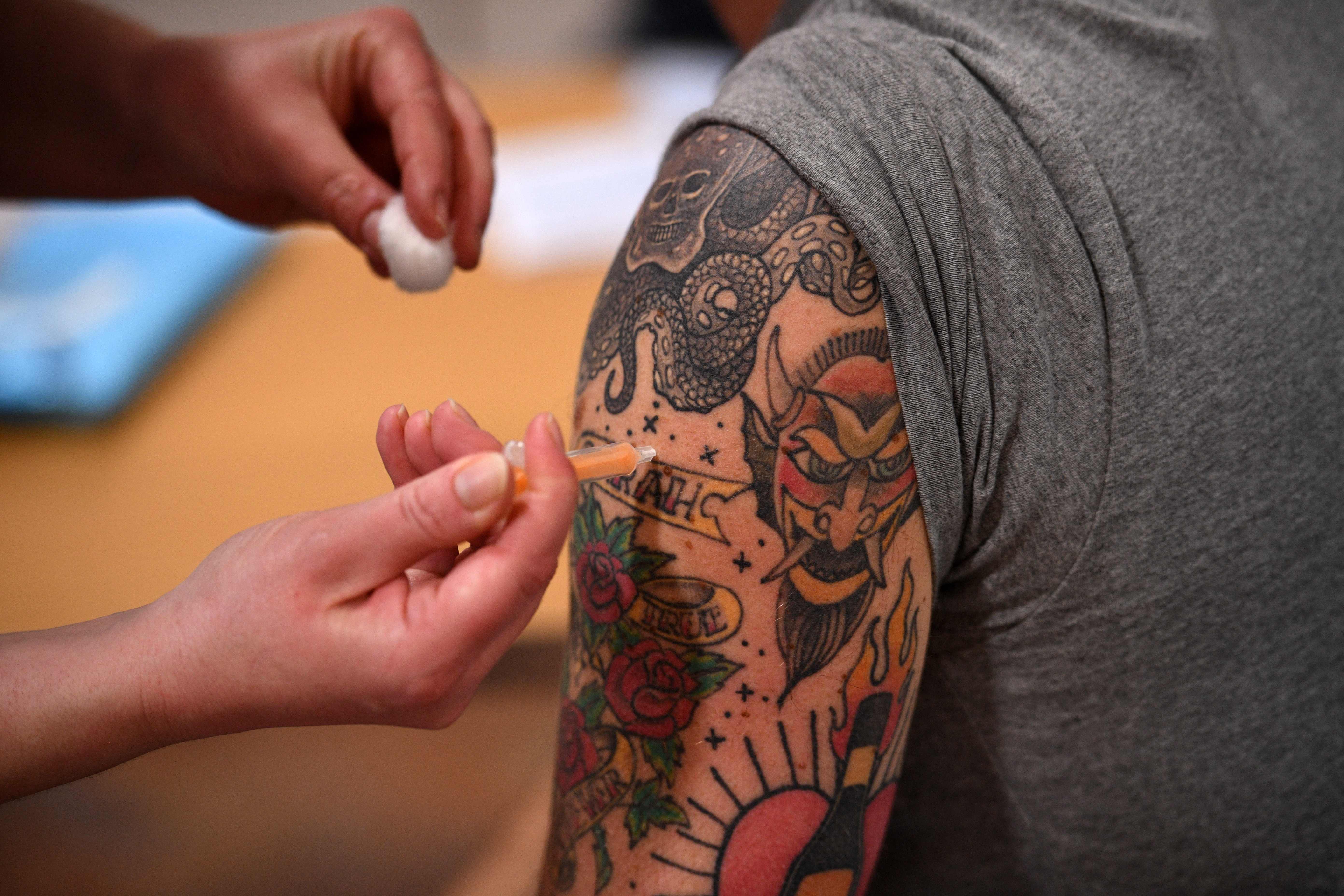 And the Government has pledged to vaccinate all 32million of the top nine groups by April.

It comes as the UK's Covid alert level was downgraded today – a hopeful indicator that pressure on the NHS is lifting.

All four chief medical officers made the promising decision to pull the country down from its highest ever alert level – five – to four.