The figure is a new world record and cements Norway’s position as the global leader in electric car sales per head of population.

Norway is aiming for 100% of new cars to have zero emissions by 2025, with its government having made battery-driven cars exempt from most taxes.

As Western Europe’s biggest producer of oil and gas, Norway is looking to transform to a greener economy. 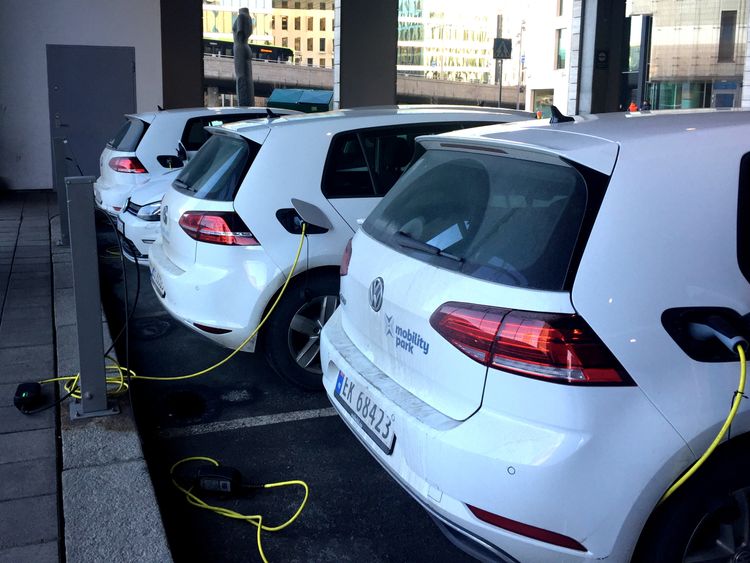 Oeyvind Solberg Thorsen, head of the NRF, described the rise in electric car sales as “a small step closer to the 2025 goal”.

However, he highlighted how two-thirds of the almost 148,000 cars sold in Norway last year were powered by fossil fuels or were hybrids – those vehicles with both battery power and an internal combustion engine.

The top-selling model was Nissan’s electric Leaf car, as part of a 40% increase in electric car sales to 46,092.

Sales of diesel vehicles fell 28%, petrol cars were down 17% and hybrids that cannot be plugged in fell 20%.

Some expressed fears the boom in electric cars was denting Norway’s tax revenues.

The International Energy Agency measures car sales slightly differently to include hybrids that can be plugged in.

Last year, a stretch of road that recharges electric vehicles as they drive on it opened in Sweden, in what was believed to be a world first.

Sweden plans to have a fossil fuel-free transport system by 2030.