The race to a coronavirus vaccine has never been as fast as it is during the current pandemic. In a new Yahoo Finance-Harris Poll, people seem to be managing their expectations — divided as to whether a vaccine will end the national nightmare.

The FDA is willing to approve a vaccine that is 50% effective, as long as it doesn’t hurt anybody, in order to accelerate the regular vaccine development process. This could be a reason why just 54% of Americans see a widespread available vaccine as truly ending the crisis. Vaccines often take well over a decade to make in normal circumstances. Right now there are 48 vaccines in various stages of development and availability may come in waves as some states like California are planning on testing the FDA-approved offerings before distribution.

One interesting data point is the timelines people foresee around vaccines and their behavior during the crisis. 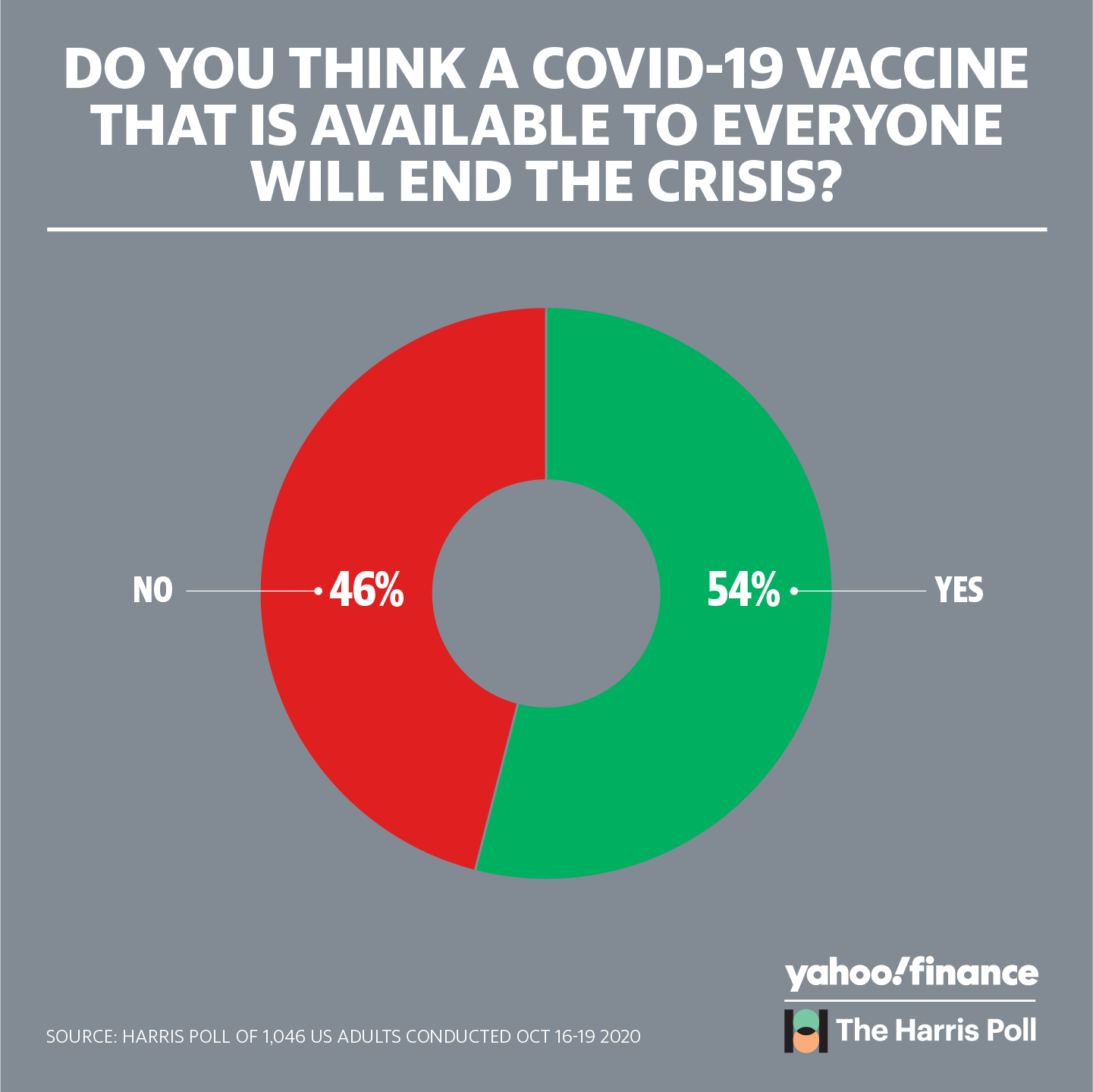 Income played a role in some responses, with different attitudes toward a prospective vaccine depending on socioeconomic background. Two-thirds (66%) of respondents in households that make $100,000 a year or more see a COVID-19 vaccine as a panacea that will end the crisis. However, for those making less than $50,000, only 43% are this optimistic.

[Read more: 63% of Americans have concerns about a coronavirus vaccine: Poll]

Optimism was similarly higher among college grads — 58% to 47% — and men. Women reported being much more skeptical by a large margin. Only 45% of women think a vaccine will put an end to the crisis, compared to 62% of men. 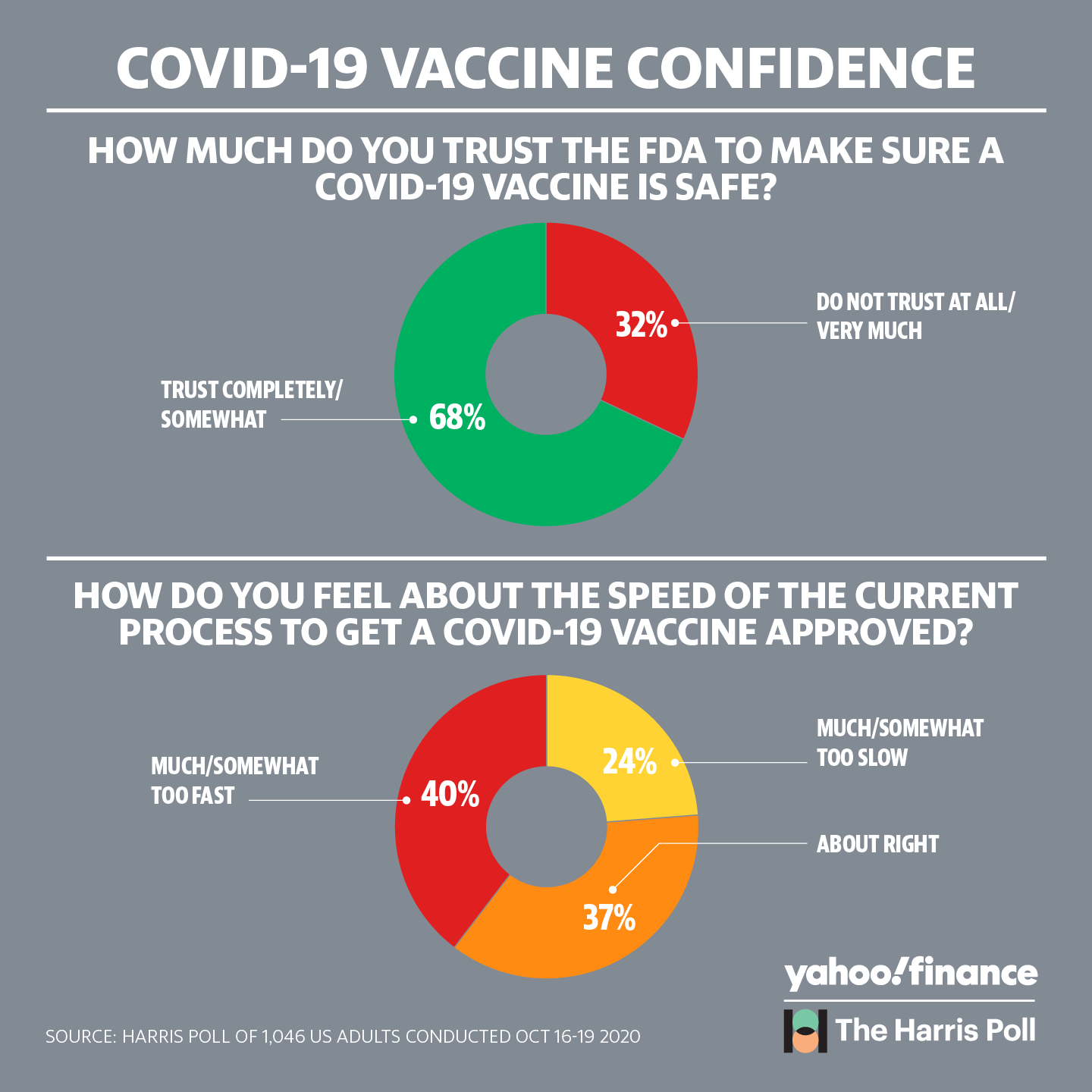 Racial differences were especially stark — mirroring the virus’s disproportionate impact on Black and Latino communities. Just 40% of Black Americans see a universally-available vaccine for COVID-19 as ending the crisis, compared to 53% of white Americans.

This could stem from worries about how “available” a vaccine would really be: the survey also found that 61% of Black Americans worry about getting access, a fear that’s only shared by 46% of white Americans.

Ethan Wolff-Mann is a writer at Yahoo Finance focusing on consumer issues, personal finance, retail, airlines, and more. Follow him on Twitter @ewolffmann.