The red light district in Amsterdam is to reopen on Wednesday with prostitutes expected to wear gloves and avoid oral sex.

Dutch Prime Minister Mark Rutte gave the sex industry, which is deemed as a ‘contact’ profession, the green light to restart after the number of coronavirus deaths fell into single figures.

The news has been welcomed by sex workers, many of which have faced financial hardship when they were unable to work during the lockdown. 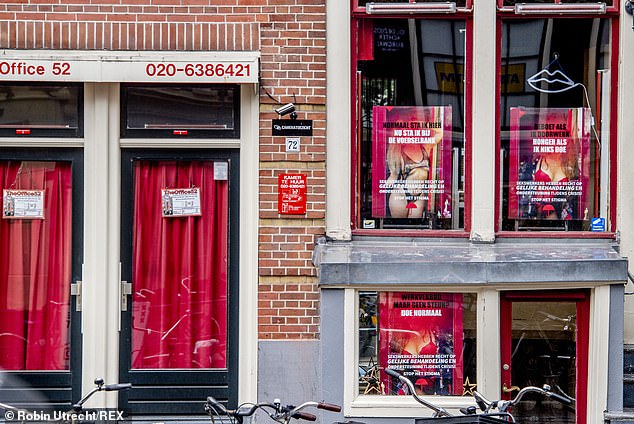 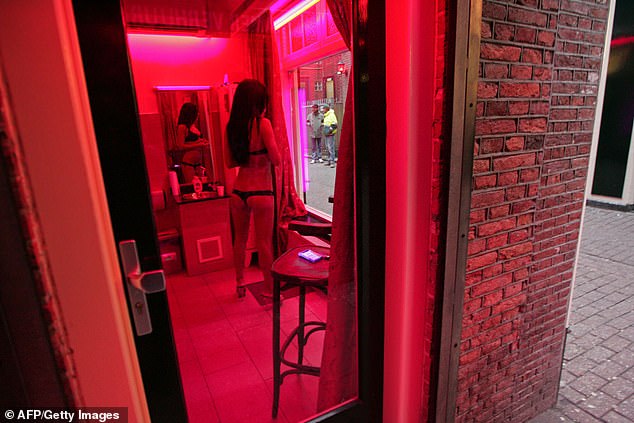 As well as not being able to work, several workers were not eligible for government support because of how they are registered – forcing them to work illegally and breach the Netherlands’ lockdown regulations.

For this reason, late last month Red Light United, a union for red light district window workers, wrote to the government to urge it the reopen the sex industry earlier than the original date of September 1.

It set out measures which it expects sex workers to use to help protect themselves and clients, such as wearing latex gloves and mouth masks.

Additionally, it suggested avoiding oral sex and kissing and only offering sex positions where they do not face the client. 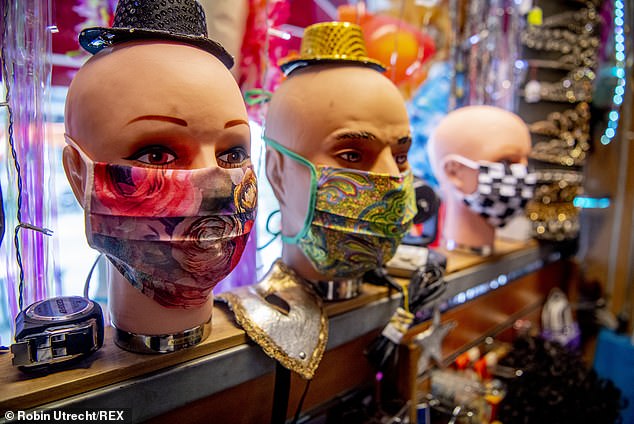 The Red Light United union wrote to the government urging for restrictions on the sex industry to be lifted sooner and set out safety measures which could be adopted, including wearing face masks 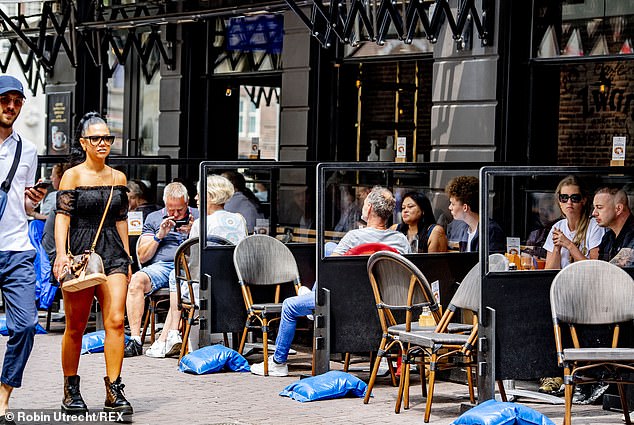 Mr Rutte said, as it is a contact job, workers will need to speak to their clients in advance and check if they have symptoms.

He added that the government had asked for advice about ‘which positions were possible’.

The Netherlands went into lockdown on March 16 but has suffered an economic contraction of six per cent, leading to experts suggesting the lockdown should be eased.

Economist Mathijs Bouman told The Sunday Telegraph that the countries ‘laid-back approach’ to testing was not the right choice.

He added: ‘We are going to the boundaries of what’s possible at the moment – but since one third of our money is earned abroad we are still a cork floating on a wild international sea.’