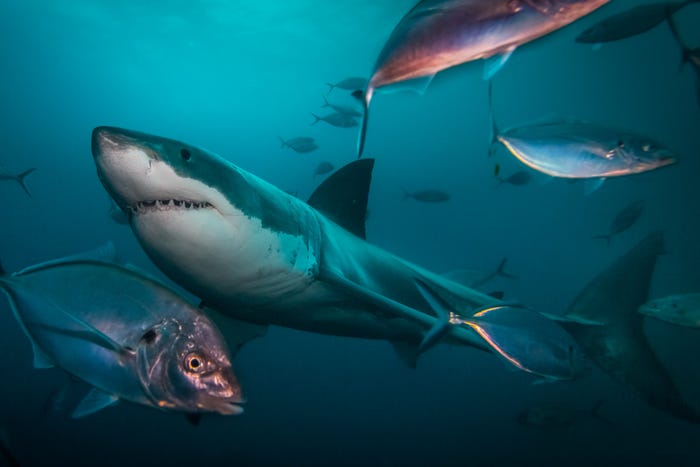 A 29-year-old surfer in South Australia who was bit by a shark made a remarkable journey back to get help, The Guardian reported.

With "serious" lacerations on his back, buttocks and leg, the man swam back to the remote shore on Sunday and then walked nearly 1000 feet to be treated by an off-duty paramedic in the parking lot of the beach, a medic told the Guardian.

"We stabilized him on the side of the road, treated his injuries and managed his pain," paramedic Michael Rushby told the outlet. "These injuries were consistent with quite a large shark bite."

Rushy told The Advertiser, a local newspaper, that the injuries the man suffered were "catastrophic" and that he's lucky to have been able to make the swim back to safety.

The man was surfing in D'Estrees Bay on Kangaroo Island when he was attacked.

After being treated on scene, he was hospitalized. From there, he released a handwritten statement, thanking everyone who helped him.