Andy Burnham today invited Boris Johnson to Manchester for face-to-face talks to ‘clear the air’ as he said he does not want a ‘lingering political argument’ with the Government.

The Labour Mayor has suffered a bruising week after talks with ministers over moving Greater Manchester into Tier Three coronavirus restrictions collapsed, prompting Mr Johnson to unilaterally impose the rules.

The two sides failed to reach an agreement after Mr Burnham initially demanded a £90 million bailout for businesses before saying he could not accept less than £65 million but the PM would go no higher than £60 million.

The failure to reach an agreement prompted a furious war of words but Mr Burnham said this morning he now wants to ‘reset things on a better footing’ as he claimed to be ‘misunderstood down there’ in Westminster.

He later told MPs that the Government still ‘holds all of the power and all of the money’ and that mayors have to ‘go on bended knee’ to ministers to secure funding as he called for devolution to be made a ‘reality’.

However, the chances of a repairing of relations appears slim after Commons Leader Jacob Rees-Mogg accused Mr Burnham of ‘playing party politics of the cheapest and most disagreeable kind’. 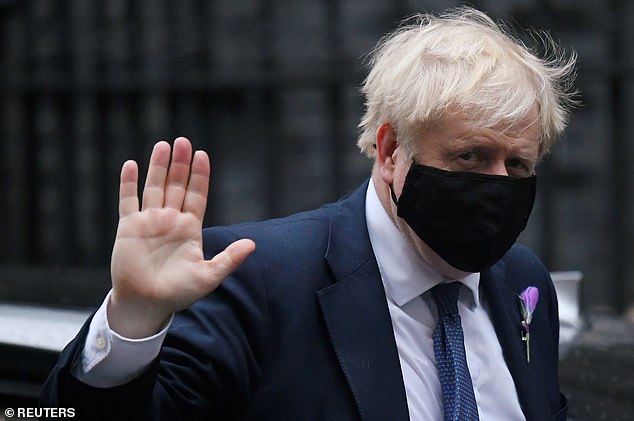 The Government has been engaged in brutal haggling with local leaders across swathes of England about the financial package linked to entering Tier Three restrictions.

The funding is on top of the Government’s wider job support scheme for workers put on hold due to lockdown, and business grants.

What did Liverpool City Region get?

The Government has said ‘baseline’ funding for the top tier includes £8 per head of population to bolster local contact tracing and enforcement.

Liverpool received £14million on this strand of funding. And there was another £30million allocated to support businesses affected by the squeeze, around £20 per capita.

Lancashire was the second area placed into Tier Three lockdown.

It will receive £12million for contact tracing and enforcement, as well as £30m in business support – broadly in line with the Liverpool settlement.

The contact tracing and enforcement settlement came to £22million due to the higher population in the region.

The Government initially offered around £55million in business support, roughly proportional to the other packages.

The final offer was £60million, £22 per head. But Andy Burnham originally asked for £90million and only came down to £65million before quitting the talks. Mr Johnson has said the £60million will still be allocated.

There is also a £30million package of business support – £22 per head and roughly in line with the allocation for the other regions.

Mr Burnham told ITV: ‘I would welcome him to come up here now to, if you like, clear the air, talk it through, reset things on a better footing.

‘I am not after anything here that is a lingering political argument.

‘I did what I did for the right reasons and it gets misunderstood down there.’

Asked if he was inviting the Prime Minister to face-to-face talks, Mr Burnham said: ‘Absolutely. Any time.

‘Manchester, Greater Manchester, has always had a constructive, pragmatic relationship with whatever government of the day and that goes for this one.

‘I have tried to work with them a lot actually during this pandemic but things got more and more difficult and there comes a point where you just can’t accept what you are being told.

‘The point is they were meant to be in favour of devolution and sometimes, if devolution is to be real it is about saying, somebody in my position, no, the UK Government cannot just impose its will on England any more, particularly the north of England, and just expect us all to agree to that.

‘I would probably say to that if he came, you above all people Boris should know that because you have been a mayor, you had those arguments on behalf of Londonders with people in Whitehall departments.’

Yesterday it emerged that Mr Johnson had moved to sideline Mr Burnham as the premier insisted he would honour the £60 million package of business support for the region he had offered the mayor but go through borough leaders instead.

Mr Johnson also jibed that he had a ‘great conversation’ with Sheffield City mayor Dan Jarvis, who has agreed a deal for the region to be escalated to Tier Three from Saturday.

Talks broke down between the Government and Greater Manchester leaders on Tuesday after Mr Burnham demanded £65 million for businesses, which would have been proportionally more than accepted by other areas.

He originally asked for £90 million but Mr Johnson only offered £60 million, with Government sources claiming the mayor’s ‘pride’ stopped him saying yes.

Mr Burnham told the Business Select Committee this morning that Westminster continues to ‘hold all of the power and all of the money’ as he called for devolution arrangements to be improved.

Giving evidence alongside a trio of other mayors, he said: ‘Perhaps this is a moment where England sort of rose up a little really around devolution and the relationship between Westminster and the rest of the country.

‘The culture is still that Westminster holds all of the power and all of the money, and the mayors on this have to go on bended knee really and we have to plead at times for some of that money.

‘I think that is where this is still wrong. We have got devolution in name but not in reality yet and England needs to decide does it want devolution to be a reality because otherwise Westminster carries on holding all of the power and levelling up will be a slogan rather than a thing that really happens because you cannot level up from Whitehall.’

Mr Burnham said the row between Greater Manchester and the Government could be boiled down to a ‘point of principle’ that Westminster should not ‘dictate’ terms to communities hundreds of miles away from London.

‘I think for me that is the point about this week. If you are going to do that it clearly has to be on the terms of the people here, in terms of what will help us to cope with what is a massive change that you are asking us to make.

‘Essentially that is what it was. We were being asked to lockdown on terms dictated from very far away and ultimately that was the point of principle that needed to be made and a stand was needed to be taken.’

Mr Rees-Mogg lashed out at Mr Burnham’s handling of the row as he accused the mayor of performing a ‘ridiculous fandango’ instead of ‘seriously trying to help the people of Manchester’.

The Commons Leader told MPs this morning: ‘I’m afraid he was playing party politics of the cheapest and most disagreeable kind, whereas other people, including the Mayor of Liverpool – who was very clear of his political opinions when he was in this House – was able to work with the Government and to put aside party political differences, and I think has showed himself a model of how to behave.’