AN ANGRY man who dubbed himself the 'Bagel Boss' after a hilarious clip of his bust up in a bakers went viral has shown off his short fuse again.

Chris Morgan – who stands 4ft 11ins  – became an overnight sensation when he was caught on film ranting in the store as he believed his height was being mocked. 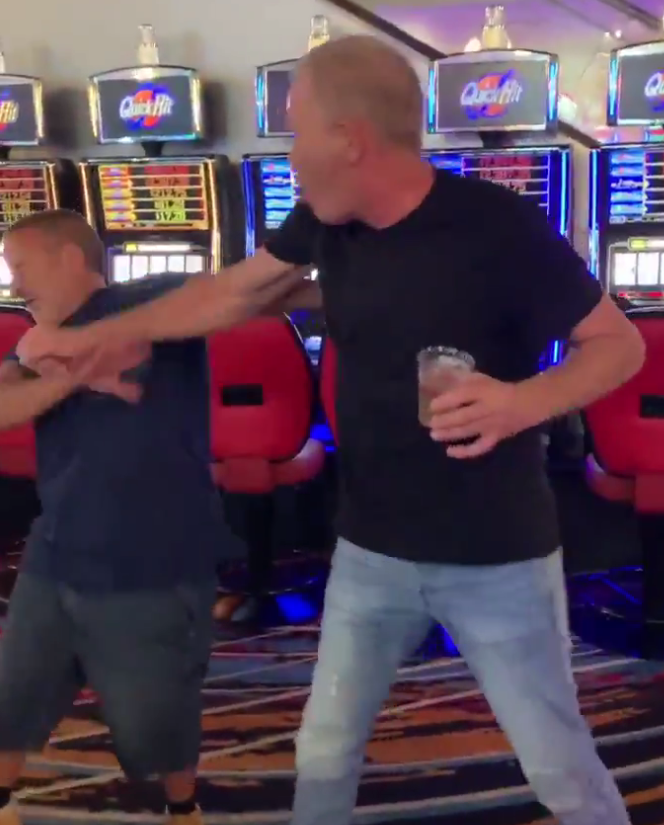 Now a video of his latest confrontation has emerged online, showing him clashing with another man in a casino.

It starts out with the diminutive New Yorker squaring up to another man while surrounded by slots and poker machines.

Morgan pushes the other man and he then kicks him in retaliation, reports news.com.

A woman sitting at one of the neabry machines nearby gets up and moves to separate the pair but they continue to scuffle.

The other man can be heard saying, “You put your hands on a woman” before appearing to punch Morgan in the face. 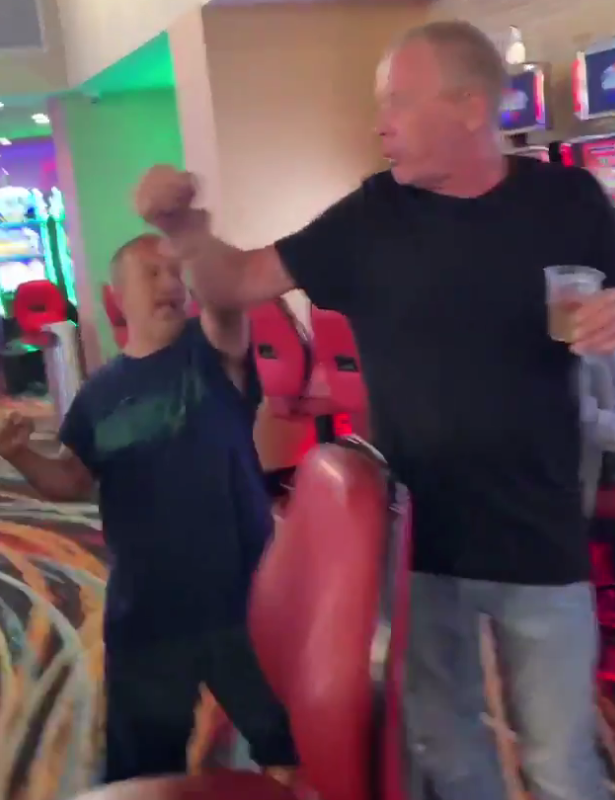 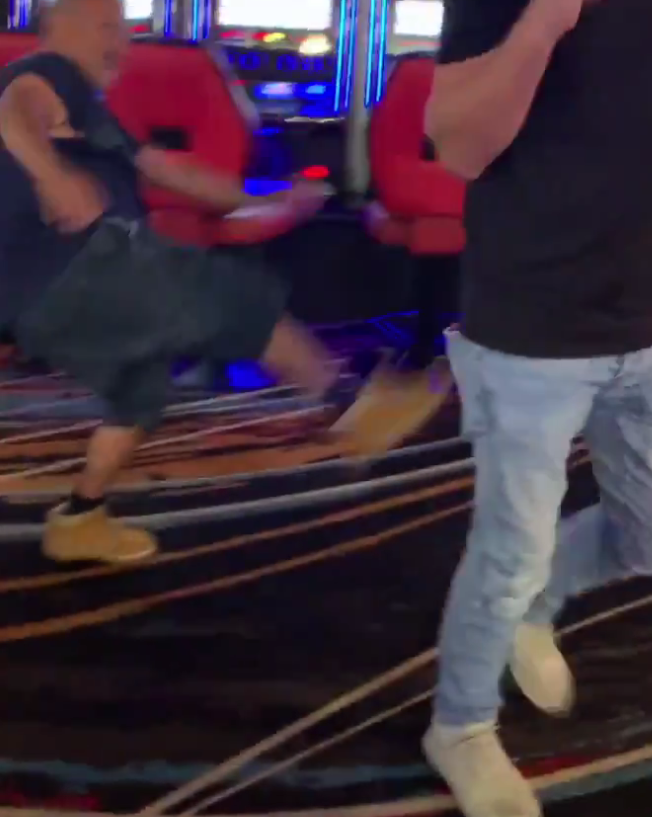 The other man repeats something about “putting your hands on a woman” as Morgan kicks out at his shins and buttocks.

The woman filming the altercation can be heard laughing as the seemingly mismatched pair continue to taunt each other.

The other man then asks someone off camera to hold his beer, at which point another woman can be heard saying “Stevo no”.

The two men continue to scream at each other, telling the other to “sit the f**k down”.

Eventually a security guard comes over and pulls them apart.

Morgan also uploaded the footage to his personal YouTube channel, claiming the women in the video asked him to come to the casino.

“These girls called me up 2.30am begging me to come to the casino to hang out just to play f***ing mind games and have their uncle try to start sh*t with me,” he wrote.

Since the bagel bust-up there have been growing number of videos popping up online of Morgan in different confrontations.

However, he has used his new found fame to sign up to a celebrity boxing match in Atlantic City next month.

After signing a contract with fighting promoter Damon Feldman, Morgan spoke about his upcoming bout which will take place against a fellow viral sensation on September 8.

“I don’t need no training, I’m prepared,” he bragged.

The promoter said there was a “possibility” he would fight Antoine Dodson, another viral video star who gained infamy after his reaction to a home intruder in Alabama in 2010.

Dodson infamously said "hide you kids, hide yo wife" during a news interview. 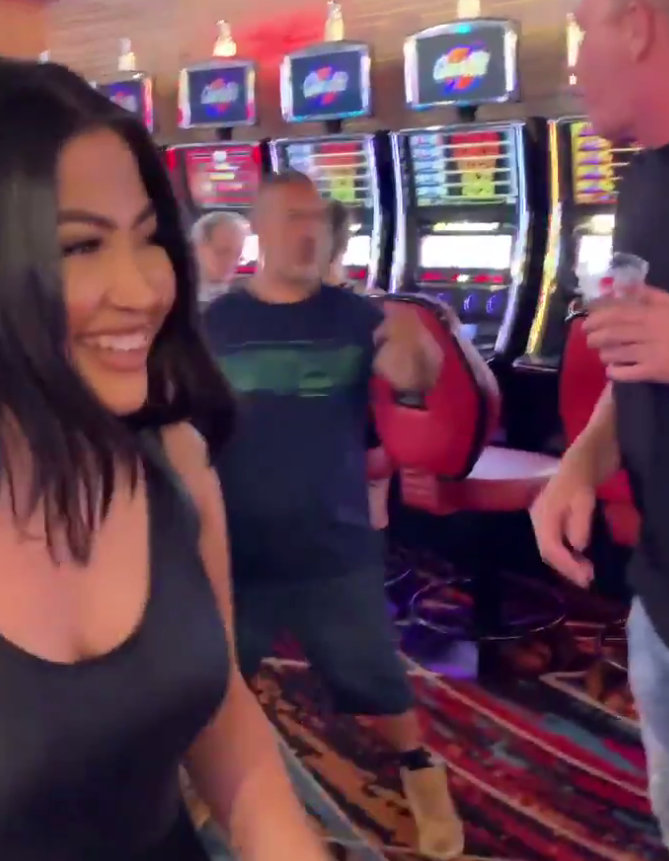 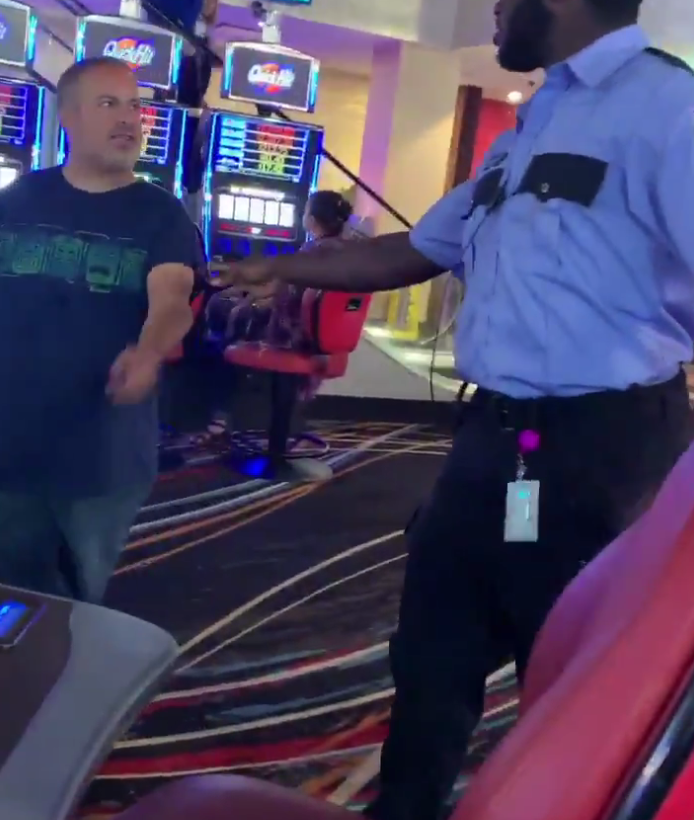 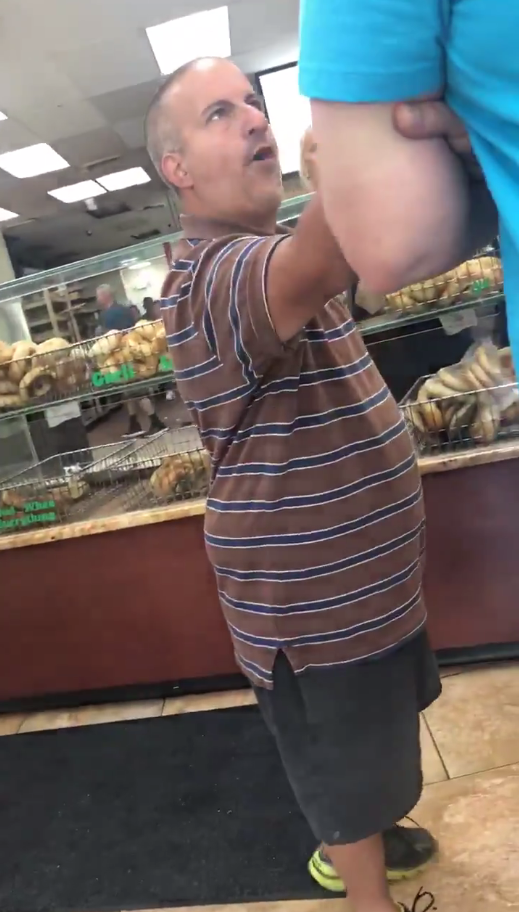 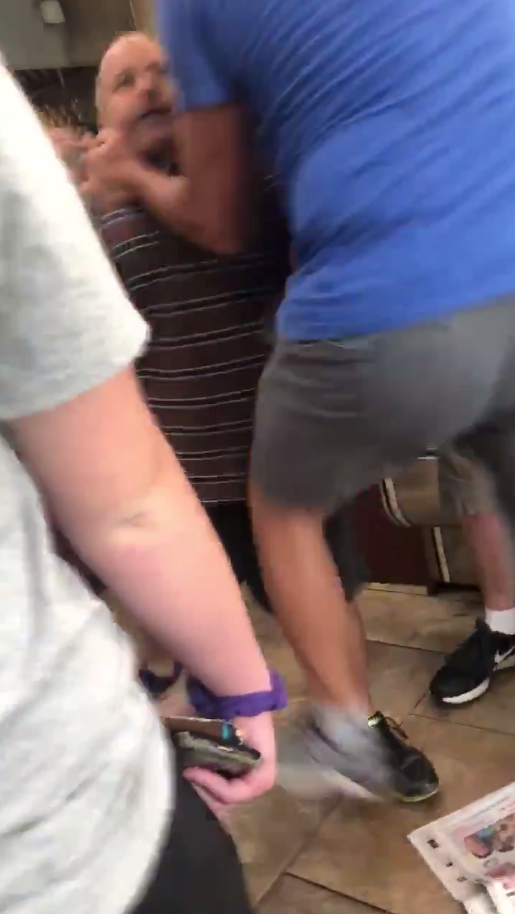