Dozens of Antifa protesters wearing helmets and carrying shields marched through New York City on Sunday calling for President Trump to be impeached as fears of political violence continue to heighten. 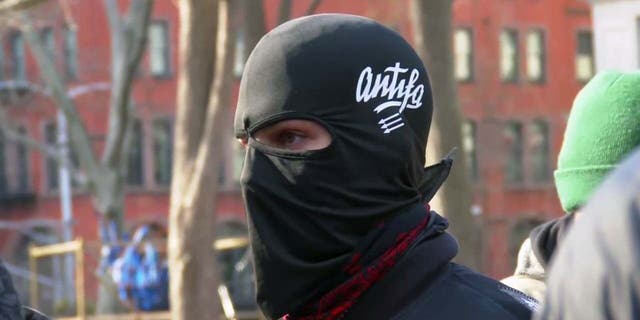 “Burn it down,” marchers chanted as they passed a New York police substation in Times Square. There were no reports of violence and no arrests were made, according to the newspaper.

One person was seen wearing a mock police uniform with a pig’s head, a derogatory reference to police.

One woman held a placard saying “Trump Lost! Fascists Get Out!” and “Trump/Pence Out Now,” the Daily Mail reported. 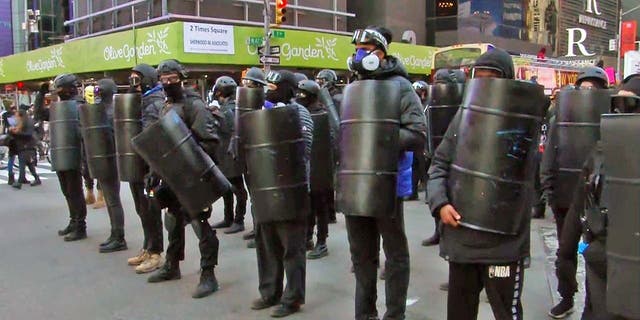 The march came a day after a group of Trump supporters clashed with counterprotesters in San Diego. Exchanges turned violent as some people dressed in all black were carrying sticks and bats.

Some of the counterprotesters declared themselves part of Antifa. Authorities dressed in riot gear had to separate the two groups in an effort to keep the peace. The San Diego Police Department said some officers were pelted with a glass bottle and eggs. 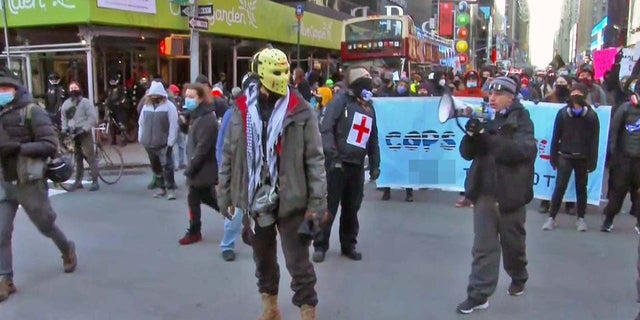 Antifa protesters marched in New York City over the weekend.
(AM New York)

In Washington, the Capitol is surrounded by fencing after riots inside the building last week resulted in five people dead, including a Capitol Police officer. Some lawmakers have pushed unfounded claims that Antifa was behind the riot.

Antifa, a loose-knit collection of left-wing activists who generally agree that the best way to combat far right-wing ideas is through violence, frequently clashes with opposition groups throughout the country.

Portland, Ore., has proven to be a hotbed for Antifa activity. The city has been the site of Antifa-inspired violence, particularly since the death of George Floyd, to include shootings, assault, vandalism, arson and other crimes. 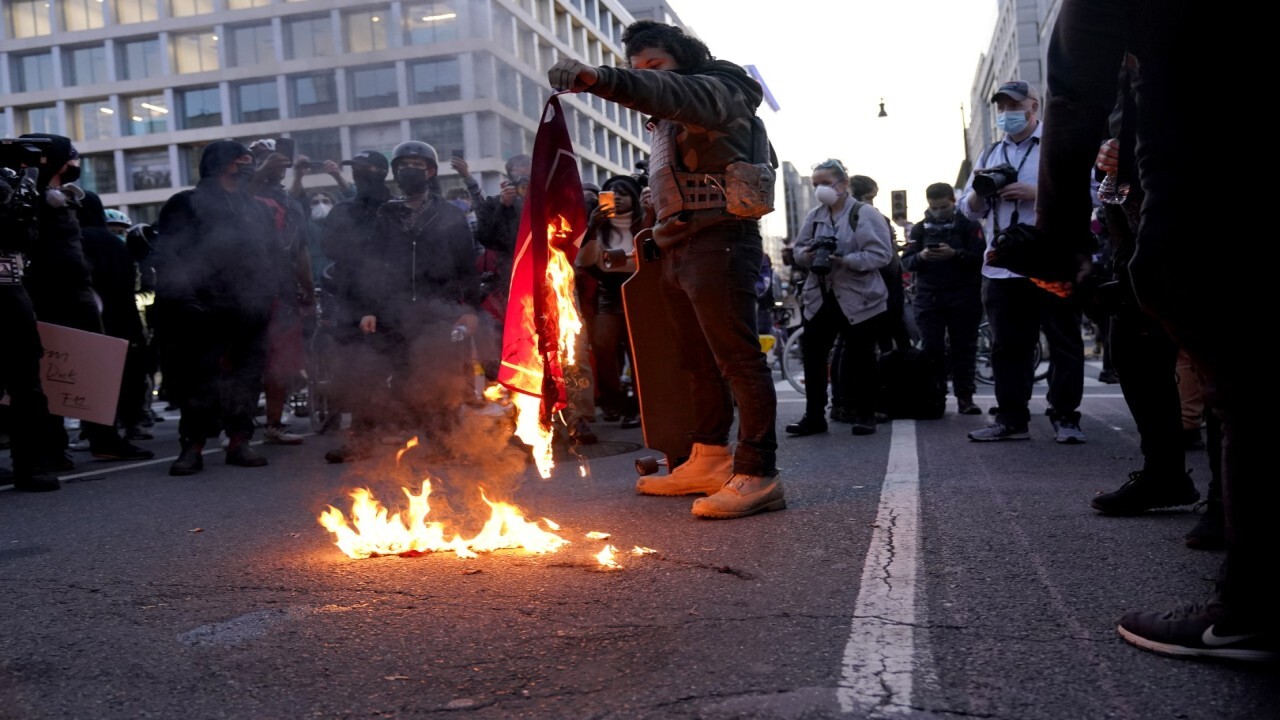 Trump has repeatedly said he would like to designate Antifa a “terrorist organization” after several violent protests following Floyd’s death. He has frequently criticized the group, once referring to them as “ANTIFA SCUM.”

Many people associated with Antifa have assaulted and threatened journalists and declared police officers should be killed or fired.