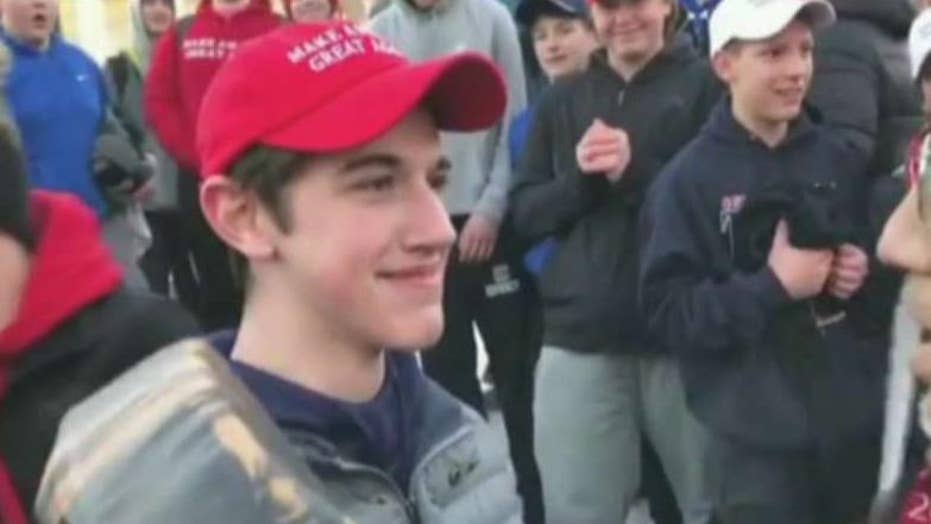 Sandmann family have filed $275 million lawsuit against the news organization.

The Associated Press and television networks NBC and HBO could be the next three entities sued over their handling of the viral video featuring Covington Catholic High School student Nick Sandmann, his co-counsel told Fox News on Tuesday.

Todd McMurtry revealed the potential upcoming legal targets during an interview with Fox News just one day after a massive $275 million suit was filed against CNN due to its coverage of the January confrontation between Sandmann — wearing a red "Make America Great Again" hat — and Native American activist, Nathan Phillips.

“Our plan is to come out with an additional lawsuit every few weeks or months. We have to issue opportunities for these news organizations to provide retractions,” McMurtry told the "Todd Starnes Radio Show." "But right now we're looking very carefully at NBC, AP, HBO. And again, HBO is primarily because they carry Bill Maher's disgusting comments about Nicholas Sandmann. So those probably are the next three defendants."

Maher referred to Sandmann as a “little pr—” during the Jan. 27 episode of his show, “Real Time with Bill Maher.”

"I don't blame the kid, the smirk-face kid," Maher said. "I blame lead poisoning and bad parenting. And, oh yeah, I blame the f—ing kid, what a little pr—. Smirk face, like that's not a d— move at any age to stick your face in this elderly man.”

Maher then made a crude joke about the abuse of children that has taken place in the Catholic Church, saying: “You know, I don't spend a lot of time, I must tell you, around Catholic school children, but I do not get what Catholic priests see in these kids.”

McMurtry told Fox News the goal of the suits is to change the “mainstream media’s” behavior.

”Clearly what we want to do is stop them from behaving in a way that discards all journalistic integrity,” he said. “Here they didn’t investigate. They took something off of Twitter and put it right out into the media.”

The suit against CNN charges that the network "elevated false, heinous accusations of racist conduct" against Sandmann and failed to adhere to "well-established journalistic standards and ethics."

The lawsuit against The Washington Post accuses that outlet of practicing "a modern-day form of McCarthyism" by targeting Sandmann and "using its vast financial resources to enter the bully pulpit by publishing a series of false and defamatory print and online articles…to smear a young boy who was, in its view, an acceptable casualty in their war against the president."

The Post has since published an editor’s note admitting subsequent information either contradicted or failed to confirm accounts relayed in its initial article about the video. The editor’s note was not satisfactory to Sandmann’s legal team, however.

Sandmann, a junior at Covington in Kentucky, became a target for outrage after the January video surfaced. The 16-year-old was one of a group of students from Covington attending the anti-abortion March for Life in Washington, D.C., while Phillips was attending the Indigenous Peoples' March on the same day.

Sandmann and the Covington students were initially accused of initiating the confrontation, but other videos and the students' own statements showed that they were verbally accosted by a group of black street preachers who were shouting insults at them and the Native Americans. Sandmann and Phillips have both said they were trying to defuse the situation.