A legal challenge demanding an apology from the Prime Minister over lockdown and vaccine mandates has serious deficiencies and should be struck out, a lawyer representing the state of Victoria has told the Federal Court.

The challenge, aired for the first time on Wednesday, is claiming compensation for the entire Australian population due to COVID-19 measures. 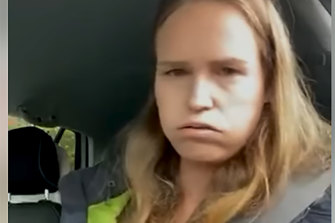 Alistair Pound, SC, appearing for the state of Victoria, said there were “serious deficiencies” in the application, with some claims having “no reasonable prospects of success”.

He said some were similar to those tested and struck out in the Supreme Court of NSW, where an attempt was made last month to challenge the COVID-19 vaccine mandate.

“The pleading as it stands should be struck out as a whole,” he said. “We’re not convinced the proceedings can actually be brought.”

Justice Debbie Mortimer said the matter was complicated and potentially significant, asking it be moved forward as quickly as possible.

“It will be very complex. A class action process adds a whole layer of complexity and arguments,” she said. “It’s impossible to describe the proceedings other than involving matters of current controversy.”

Ms Smit is currently listed as the primary applicant in the matter, but her counsel, Elizabeth Rusiti, said an application would be made to replace the Victorian woman with social media influencer Cienna Knowles, who is based in NSW.

Ms Knowles, who has some 40,000 followers on Instagram and 11,000 followers on TikTok, has posted on social media that she was hospitalised last month with blood clots. She blamed it on the Pfizer vaccine. The NSW Health Department has not confirmed any link. 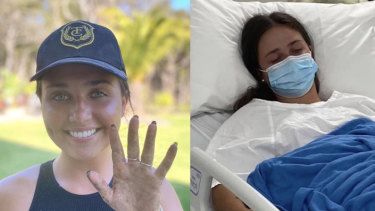 Court documents released to The Age show the applicants claim various public health orders were unconstitutional, beyond the legal power granted to federal and state governments, and that the circumstances in which some Australians were vaccinated under mandate policies constituted assault.

The particulars also say the recording of a person’s vaccination status in Victoria is in breach of the Fair Work Act 2009 and call for the Prime Minister to issue an apology for alleged deceptive conduct.

The plaintiffs, which also include a NSW hairdresser and electrical contractor from Melbourne, are calling for unspecified damages.

Dr Luke Beck, an associate professor at Monash University’s faculty of law and constitutional law, said he didn’t believe the case was an ordinary or “sensible” legal challenge to government decision-making.

“The courts have power to review the lawfulness of government decision-making and the validity of public health orders,” he said. “Many of the claims are conspiratorial and pseudo-legal nonsense.”

He also said some of the arguments, like the claim that vaccine requirements were unconstitutional, had already been rejected by the courts.

Last year prominent hospitality figure Julian Gerner asked the High Court to review the legality of the lockdown and hired top silks Bret Walker, SC, and Michael Wyles, QC, to argue the constitutional challenge in Australia. His case was thrown out by the High Court.

Wednesday’s Federal Court hearing occurred only hours before Ms Smit was also due to front Melbourne Magistrates Court on two criminal charges of inciting others to contravene the Chief Health Officer’s directions and three counts of failing to comply with a Chief Health Officer direction.

Ms Smit appeared at the latter online hearing where her bail conditions were extended and the matter was adjourned until February 2 for a committal mention.

Ms Smit was originally granted bail in early September, but did not leave prison after refusing to consent to the associated conditions, which included a 7pm curfew and to remove any material previously published online that might incite people, to not attend protests and to wear a mask unless she had a medical exemption.

She stands accused of inciting people via social media by encouraging them to attend anti-lockdown protests in Melbourne in August, including ones where police were injured.

Both matters are due to return to court in 2022.