Two police officers knocked at a new father’s door to ask whether he had been feeding his five-day-old baby hot sauce – then admitted they had not even read the lighthearted Facebook post which sparked their ‘investigation’.

Paul Dawson was was left tearful by the visit from Cleveland Police, who apologised and left quickly after having their misunderstanding pointed out.

The bizarre incident stemmed from a Facebook status Mr Dawson posted on Sunday after eating at a branch of TGI Fridays in Stockton-on-Tees, with his partner Laurencia and their baby, who was born on New Year’s Day. 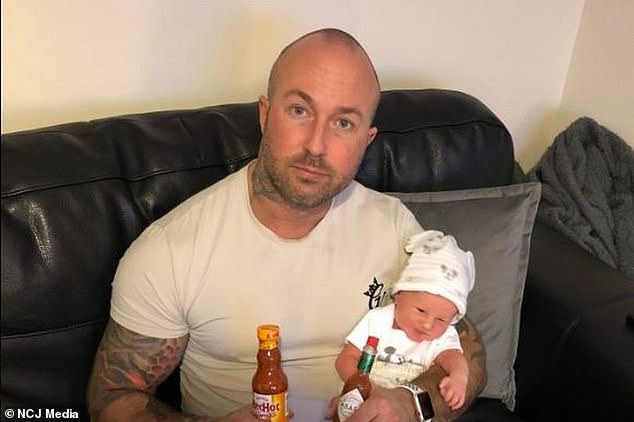 Paul Dawson, 39, from Stockton, made a jokey post online then the police arrived at his door 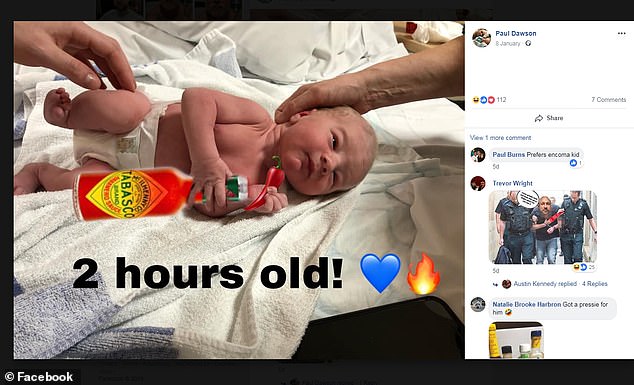 Since the incident the barber has doubled-down online, with photoshopped images of little Ben – which his friends have been enjoying 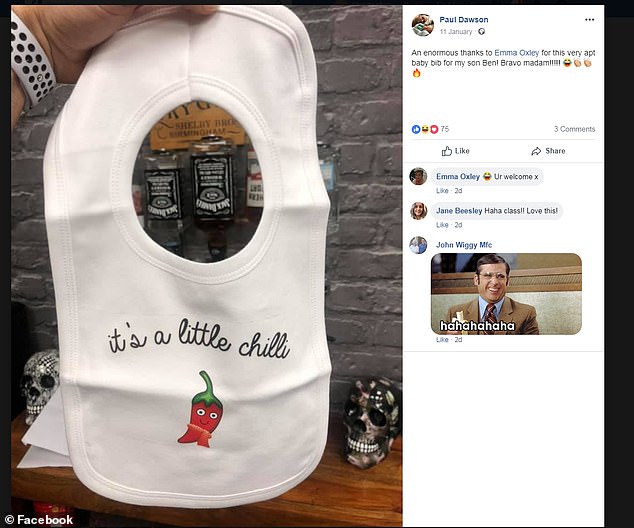 Mr Dawson, 39, said: ‘Laurencia was breast-feeding Ben and I was eating hot wings. She was wanting to eat her food so asked if I could hold him while she ate.

‘I’d wiped my hands on a napkin, as you do, and was holding him.

‘He wasn’t too happy at not feeding anymore so I put my knuckle in his mouth to try and pacify him – completely forgetting about what I’d eaten.

‘Ben made a funny face and that was that.’

The new father, from Stockton, then wrote on Facebook: ‘Apparently five-day-old babies don’t like it when their dads put their fingers in their mouths after eating hot wings. Unintentionally by the way. Lol.’

But just two days after the post he received a knock on the door from the police. 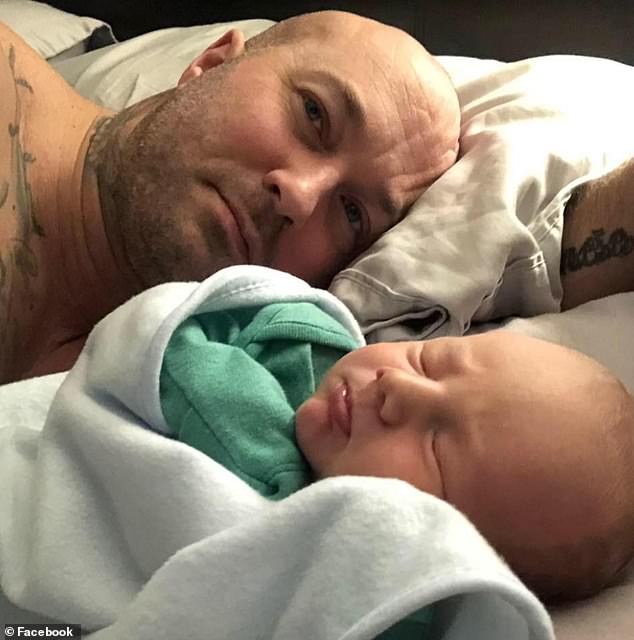 The besotted new father and his partner had a baby on January 1, and went to dinner a week later. 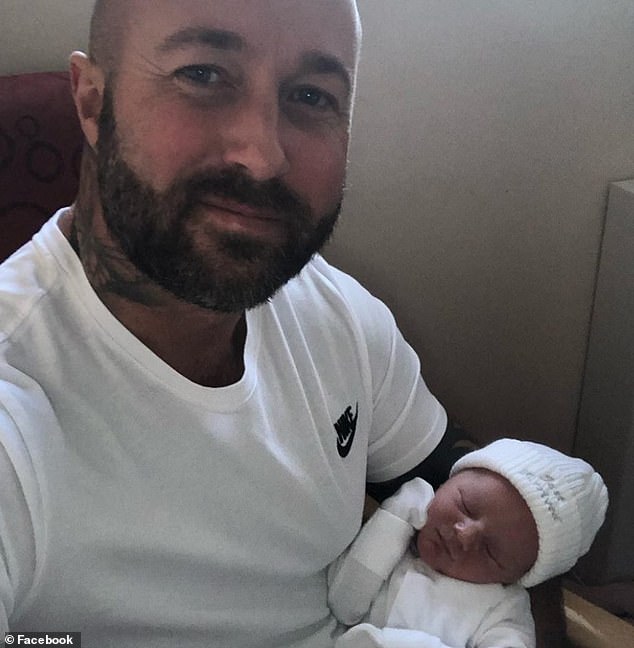 In this post, liked more than 200 times by his friends, Mr Dawson wrote: ‘Happy New Year and Happy New Son. Me and Laurencia couldn’t be more pleased with him. Perfect!’

Mr Dawson, who owns a barber shop in nearby Fairfield, said: ‘I opened the door and asked what was up.

‘They replied “You don’t know then?” and I said I didn’t have a clue.

‘That’s when they told me that I had apparently been feeding my son hot sauce.

Annoyed and upset that someone had reported him, the barber left it to his partner to explain the situation to the officers.

He added: ‘I was actually quite tearful that someone had called the police.

‘They hadn’t, so they were shown it and they just looked embarrassed.

‘They apologised and admitted that they shouldn’t have been called and then left.

‘I can’t believe, with our stretched police force, they were sent out without looking into it properly.

‘It was absolutely disgusting, it just tarnished the whole Christmas season.’ 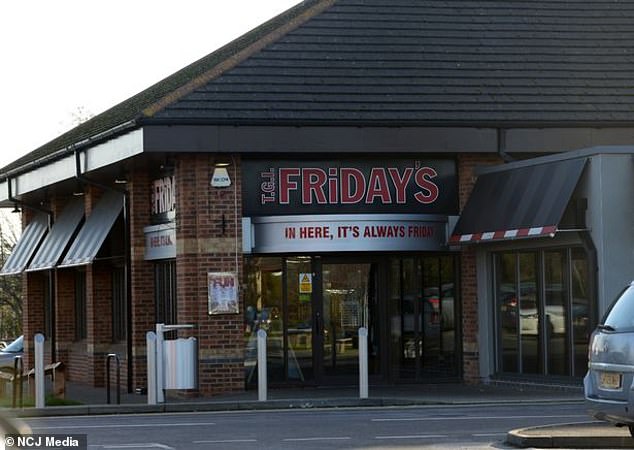 The couple went to dinner at TGI Friday’s in Stockton-on-Tees. When his partner wanted to eat, Paul wiped his hands on a napkin top hold the baby, and when the youngster started crying he put his knuckle in his mouth to try to soothe him – forgetting he’d been eating hot wings

A Cleveland Police spokesman said: ‘Police received a call from a member of the public regarding concern for the welfare of a baby on Tuesday 8 January.

‘As a result, two officers were deployed to an address in Stockton to speak with the parents of the baby to understand the circumstances of the report.

‘Officers were satisfied that the baby was safe and well and there were no further enquiries carried out.’