South Koreans share their thoughts on diplomacy with North Korea and the North’s participation in the 2018 Winter Games. 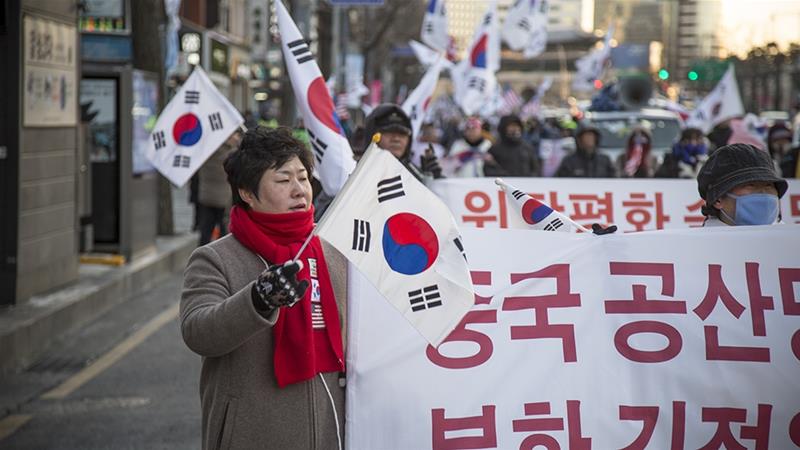 Seoul, South Korea – When the 2018 Winter Olympics kick off in the South Korean city of Pyeongchang on February 9, delegations from both North and South Korea will march together under one flag.

The symbolic move comes alongside the formation of a joint female ice hockey team, the arrival of a squad of cheerleaders from North Korea, and talks between officials from both sides of the border.

While these efforts are seen as the first step in the resumption of talks between the two Koreas – South Korea is hoping North Korean officials stay beyond the Games, which end on February 25 – they have also been met with scepticism.

Anti-government and anti-North Korea protests have taken place on the streets of Seoul, South Korea’s capital, and other parts of the country, with protesters calling for an end to the participation of the North Korean delegation.

Some have also questioned the formation of the joint hockey team and argued that South Korea’s government needs to take a firm stance against Kim Jong-un, North Korea’s leader, following threats and missile tests last year.

Al Jazeera spoke to South Koreans to assess the mood on the streets of Seoul ahead of the scheduled arrival of the North Korean delegation to take part in Pyeongchang 2018. 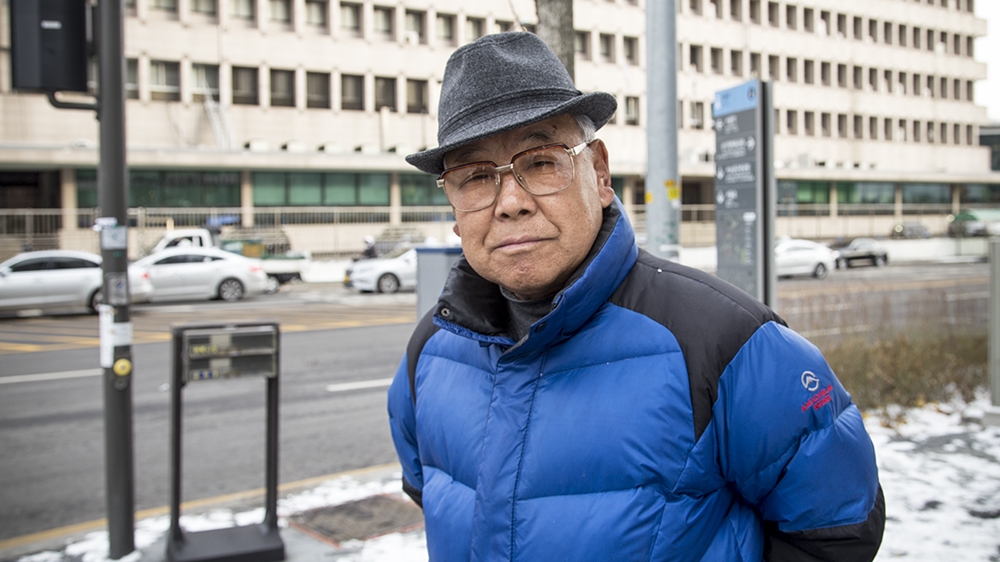 I’m retired, but I was a congressman in the countryside before and owned a small store.

I also doubted the possibility of a war [between North and South Korea] when I was seeing tension on the streets last year.

As for the Winter Olympics, I think it’s all right that North Korean delegates are brought over.

[South Korean President Moon Jae-in’s] administration is trying to create peace, so whoever the government brings shows that we are hoping for peace. 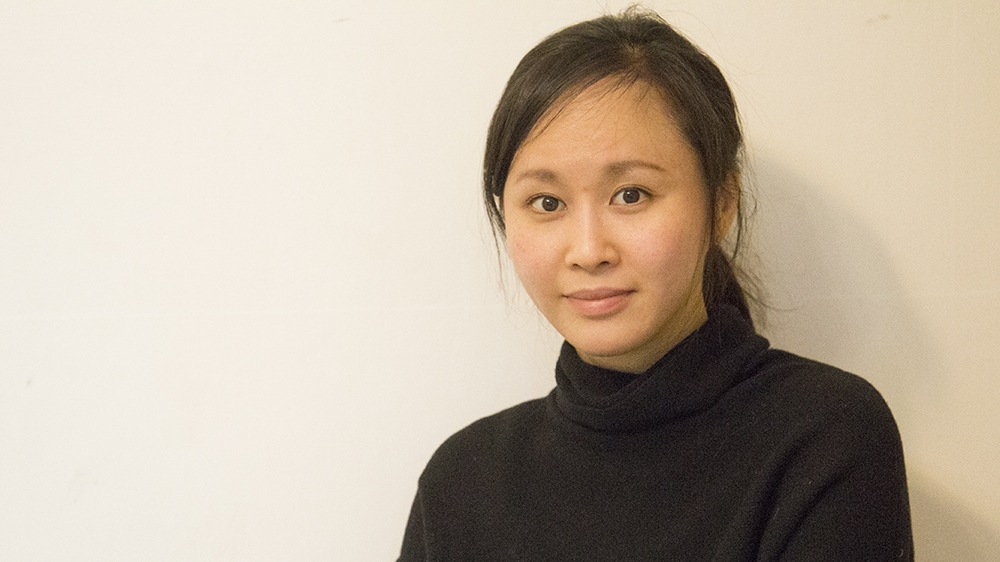 They have tried to improve the relationship between the two Koreas for half a century, but nothing has changed – and I doubt the Olympics will change anything.

I’m not expecting anything from it. I’m not interested because I’m quite sure nothing will change.

I’ve never been scared of war or the threats because it has been kind of routine for us. People go about their daily business. We don’t really care.

Kim Jong-un is a dictator, and he is way too young to control the country. I don’t think it will last forever, but then again, I’m not a political expert.

There are some who say these are the Pyongyang Games and not the Pyeongchang Games. It looks like a political show. 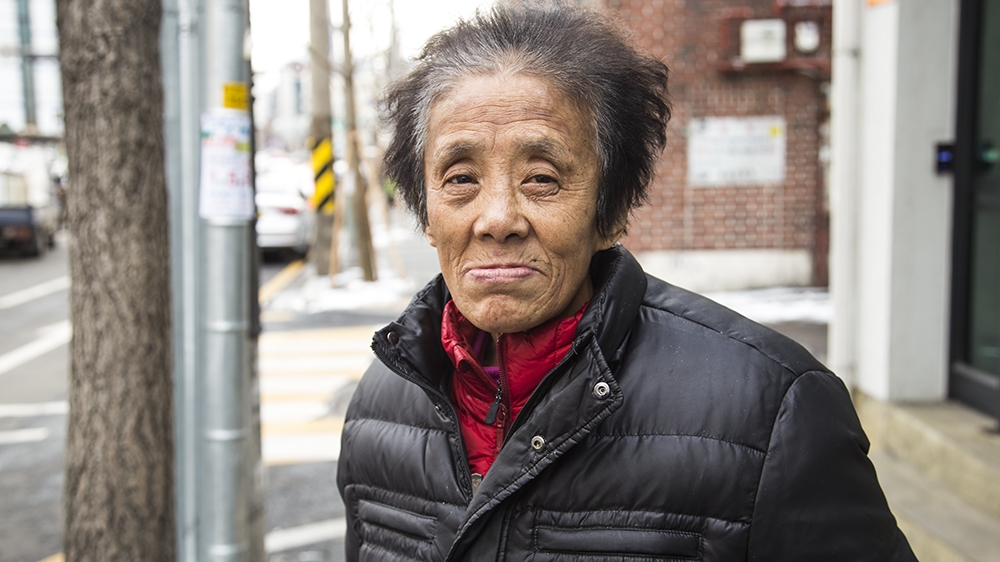 I get angry when Kim Jong-un throws his tantrums.

Our soldiers shouldn’t stand alone when he acts like that. They need to fight back.

But we can’t have war. I hope we can reach unification through harmony. It’s frustrating because we’re being toyed around by the North.

It’s not fair that we’re just standing still while the North is testing bombs. I’m not afraid of war, but if war happens, we’ll all die.

And I believe the delegation from the North should be allowed to take part in the Winter Olympics because we’re one people.

We’re one people so whoever wins … it’s fine. 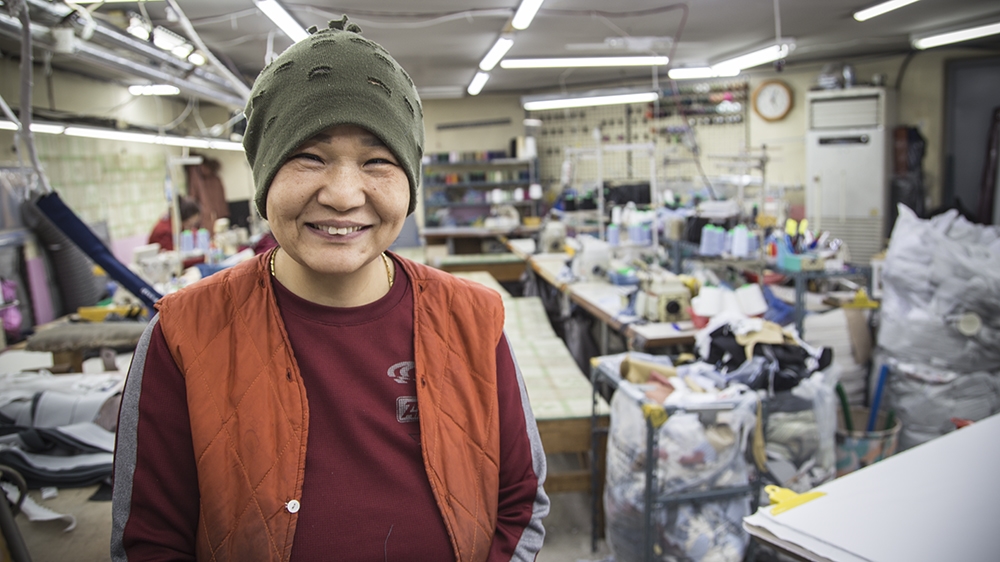 Even though the news makes it seem like North Korea will start a war soon, I personally don’t think that war will happen.

If North Korea starts a war, the whole world will respond.

[The] North has been threatening [the] South for a long time, so last year’s nuclear threats don’t seem like preparations for war.

Even though there are some bad people, I think it’s right that President Moon is moving forward in this matter.

No matter what, people from both sides [of the border] are of the same blood. So I’m okay with the North taking part in the Olympics. 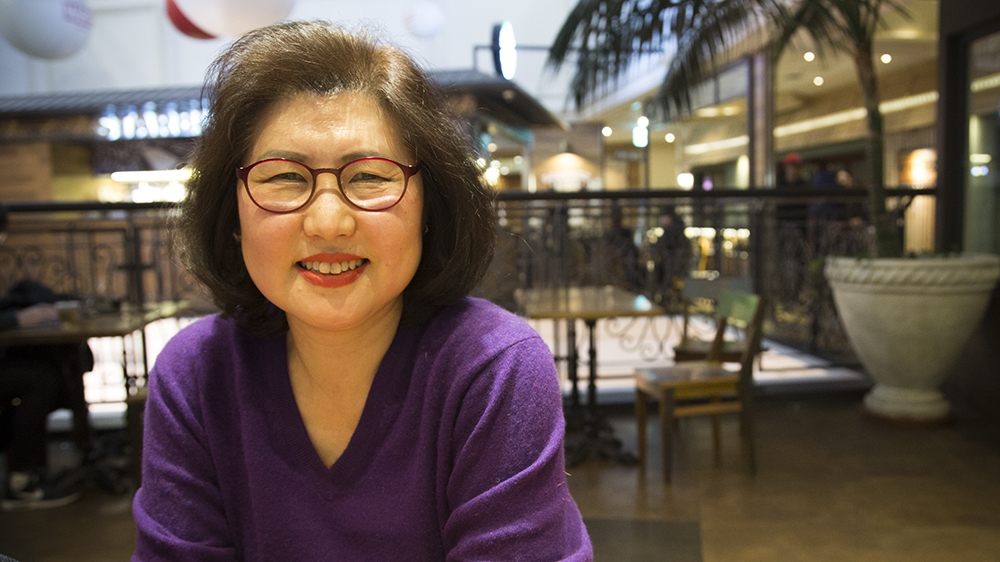 We do get tense because of the situation, but we’ve been tense our whole life.

We have been under these threats so often it kind of makes you numb. You have no feelings.

But it’s not like the 1950s when there weren’t that many cars or people. Now, it will be impossible to evacuate, and we will all possibly die before we could flee.

I don’t have anything against our government, but I think the North Koreans coming to the Olympics at [the] last moment is taking advantage. It seems our government is being used by them.

I don’t really have much hope for diplomacy beyond the Winter Olympics.

I think North Korea will go back to what it was like before. My father, who now lives in the United States, crossed into the South during the war with my grandmother and he, too, is really upset with the South Korean government.

And that is generally what people who witnessed the war feel like. 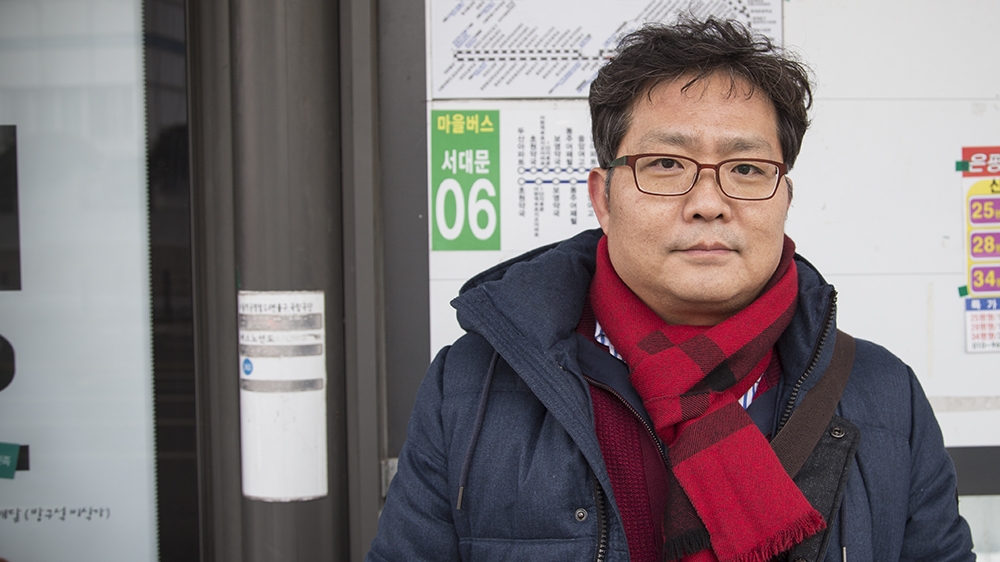 [The news report shows] North Korea and South Korea confronting each other.

But this type of relationship is not good. I think it’s right that a peaceful approach needs to be taken.

When there were news reports about nuclear warheads, I thought it was threatening. Now for the Pyeongchang Olympics, the two countries are moving towards a concordant relationship.

Therefore, I think we are going the right direction.

To create a peaceful environment, I think this method of diplomacy is correct and using sports to pave a better future is welcomed. 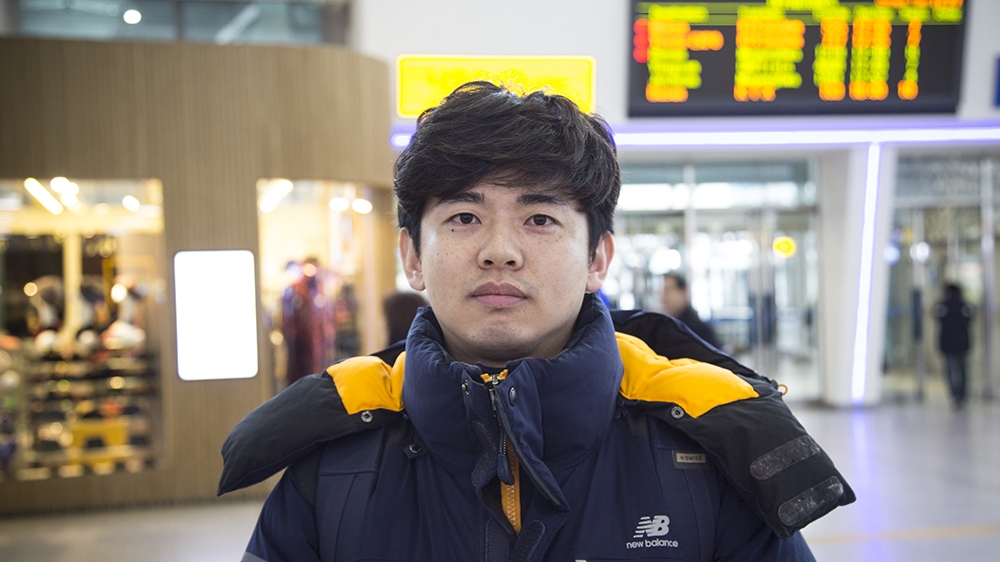 Since the Lee Myung-bak administration, I knew that the North-South relations weren’t stable.

I was in the military when the bombardment of Yeonpyeong happened.

Up until the Park administration, I didn’t think they could have good relations. But recently, with the Pyeongchang Olympics, regardless of how much money it is costing, the government seems to be attempting to change relations, and I think that attempt is good.

But despite the efforts, I don’t think it’s fair to create a single [ice hockey team]. If their Olympic delegation is coming with the right to participate, it’s okay.

The Olympics isn’t a place for political diplomacy, but if the athletes are here to perform in the field, I don’t want to oppose them for political reasons. 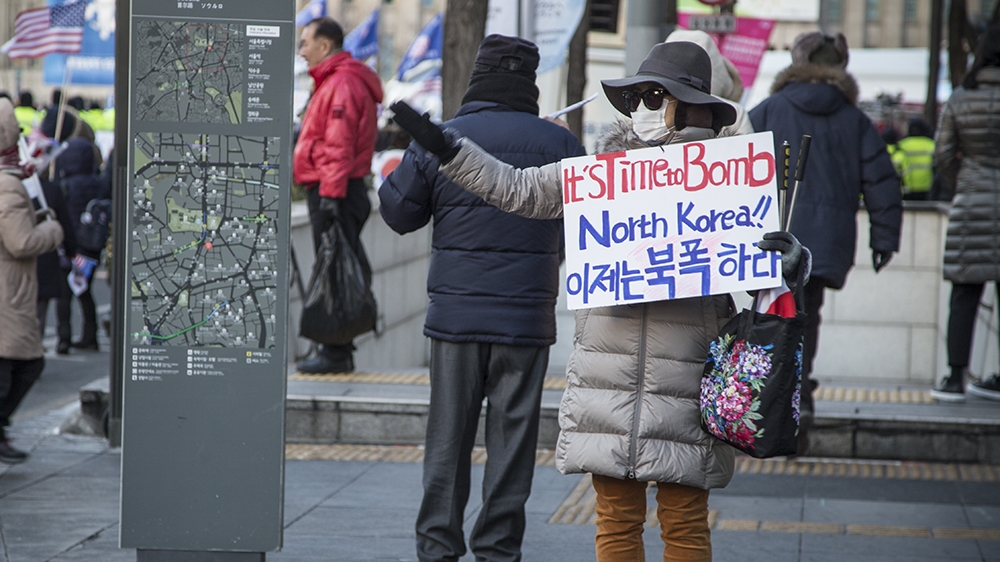