Massive flames and heavy smoke could be seen near the bridge in Tempe, Arizona, and about 90 firefighters from multiple departments were reportedly called to the scene. 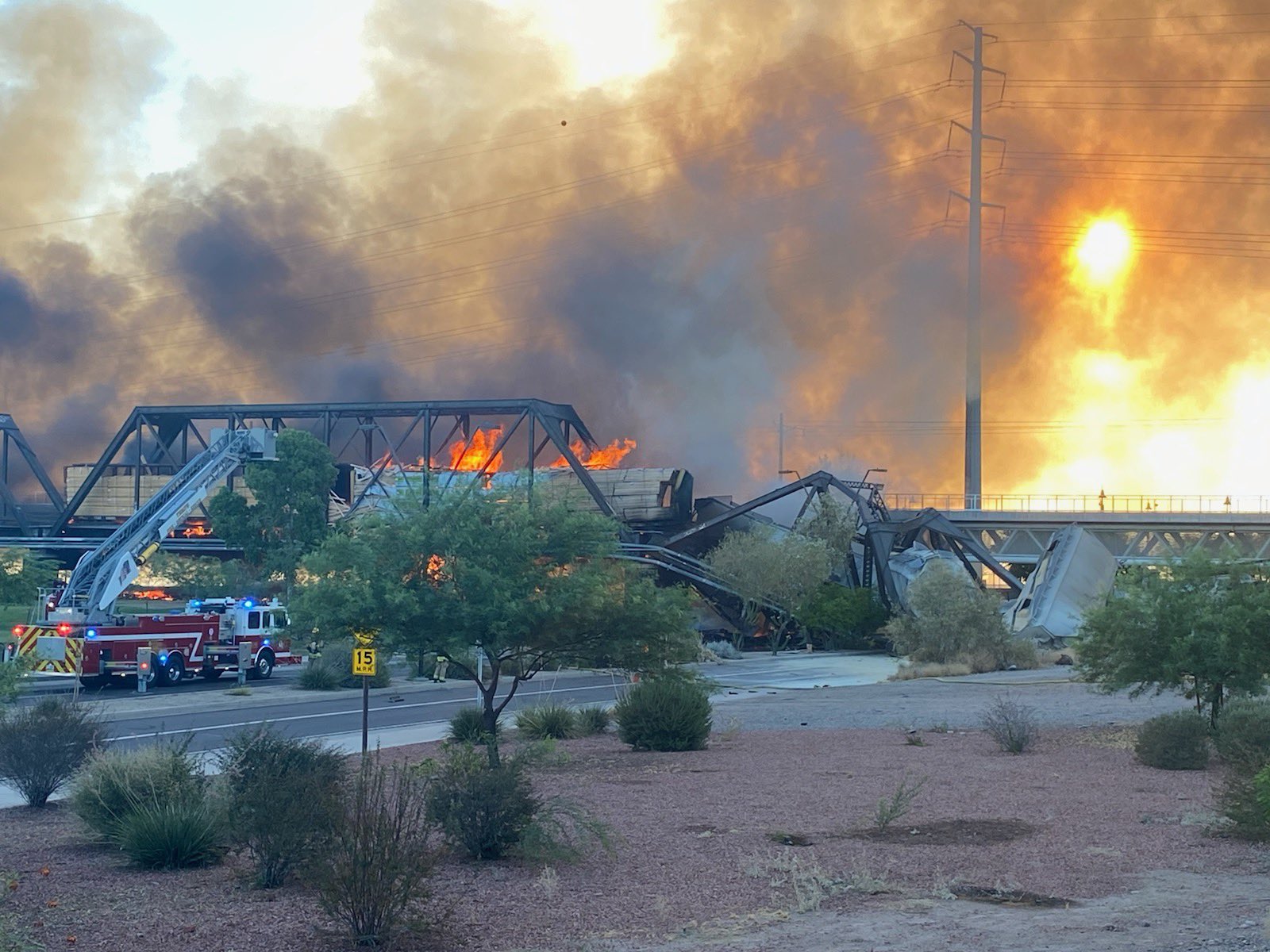 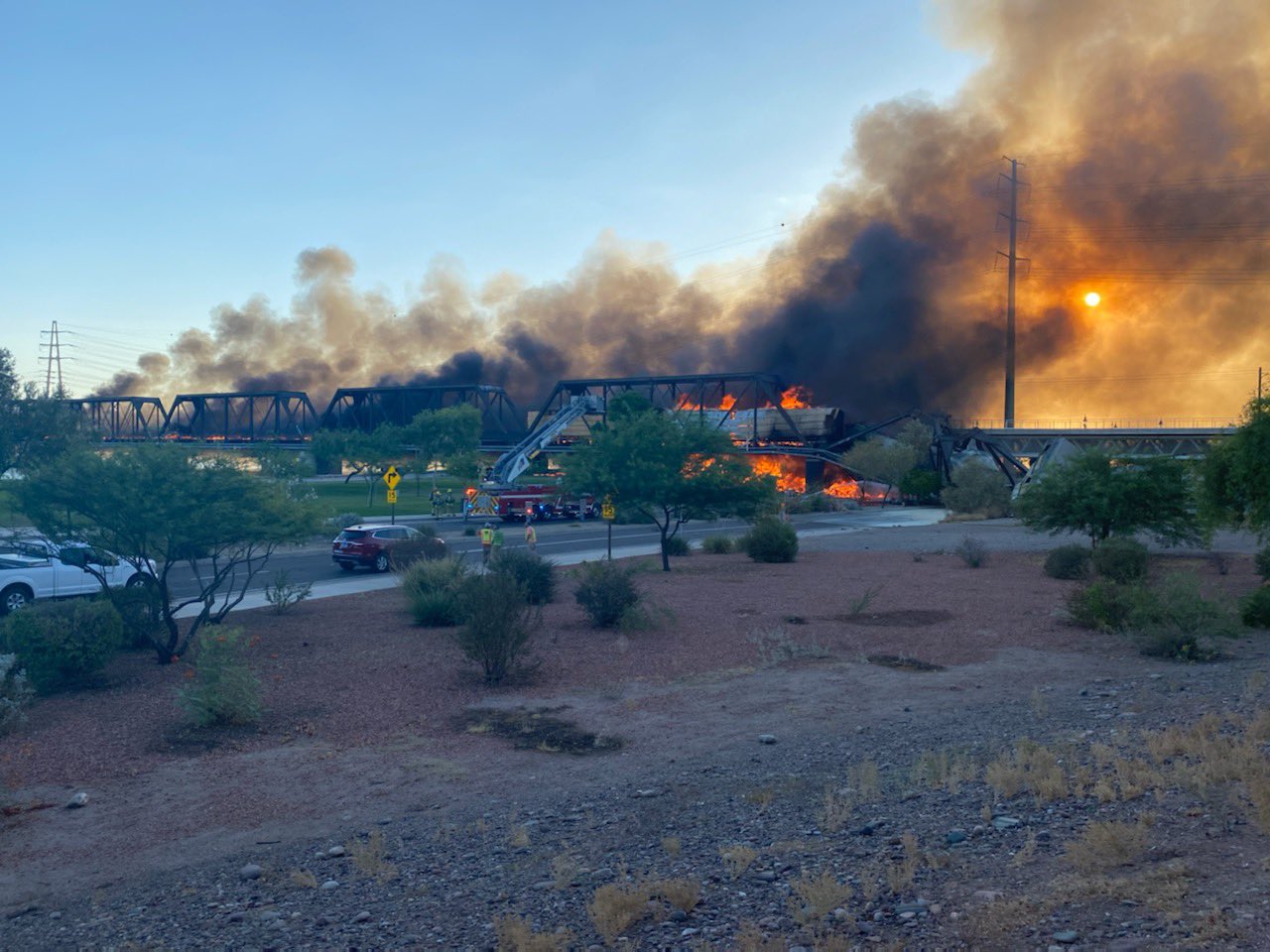 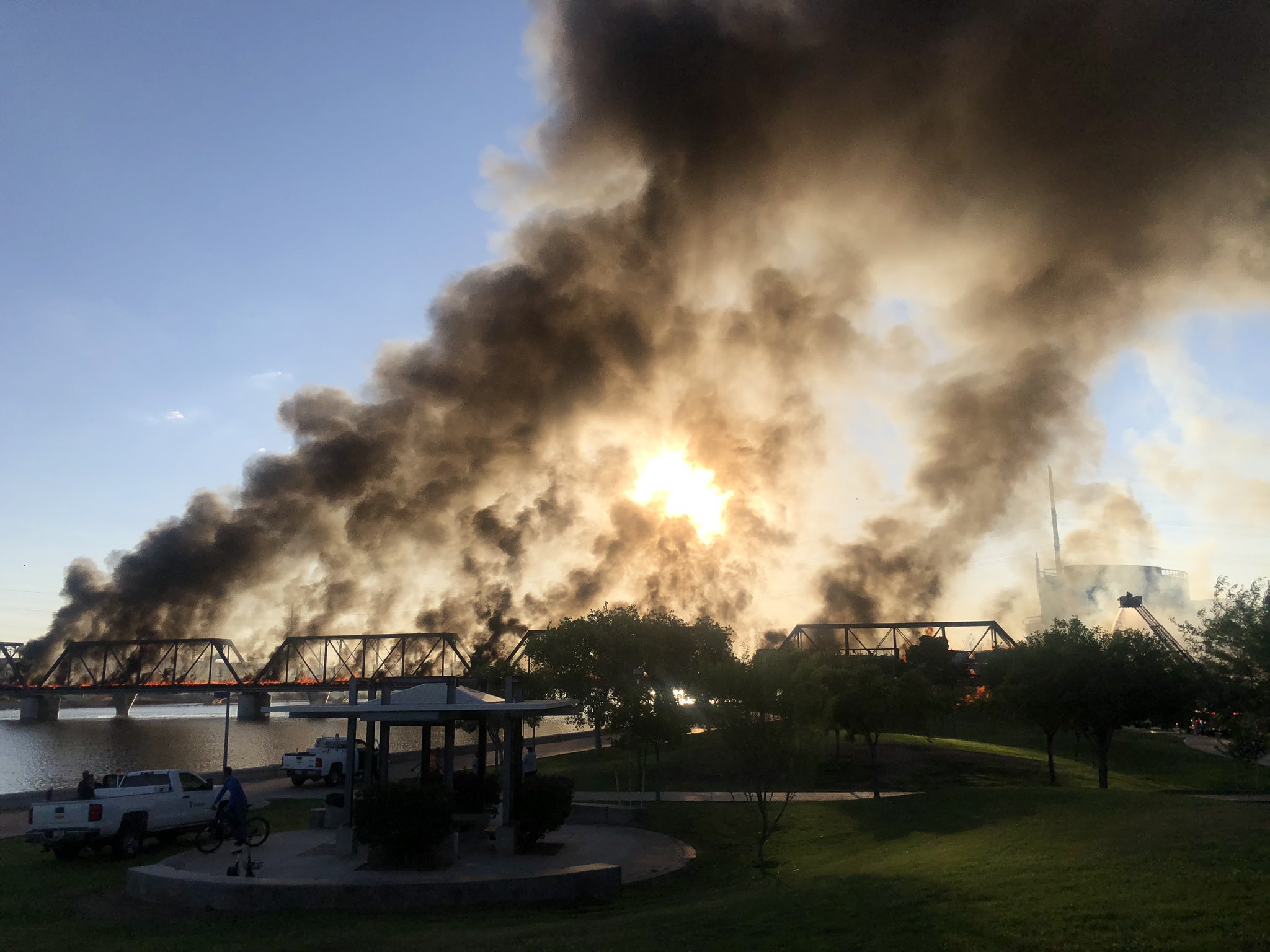 As many as 10 cars reportedly derailed from the Union Pacific train around 6.15am, according to local website AZ Family.

The derailment reportedly caused the south side of the bridge to collapse and catch fire as well.

Firefighters on the scene are reportedly having difficulty containing the fire due to heat (it could get up to 113 degrees today in Tempe), possible hazardous materials and the collapsed bridge. 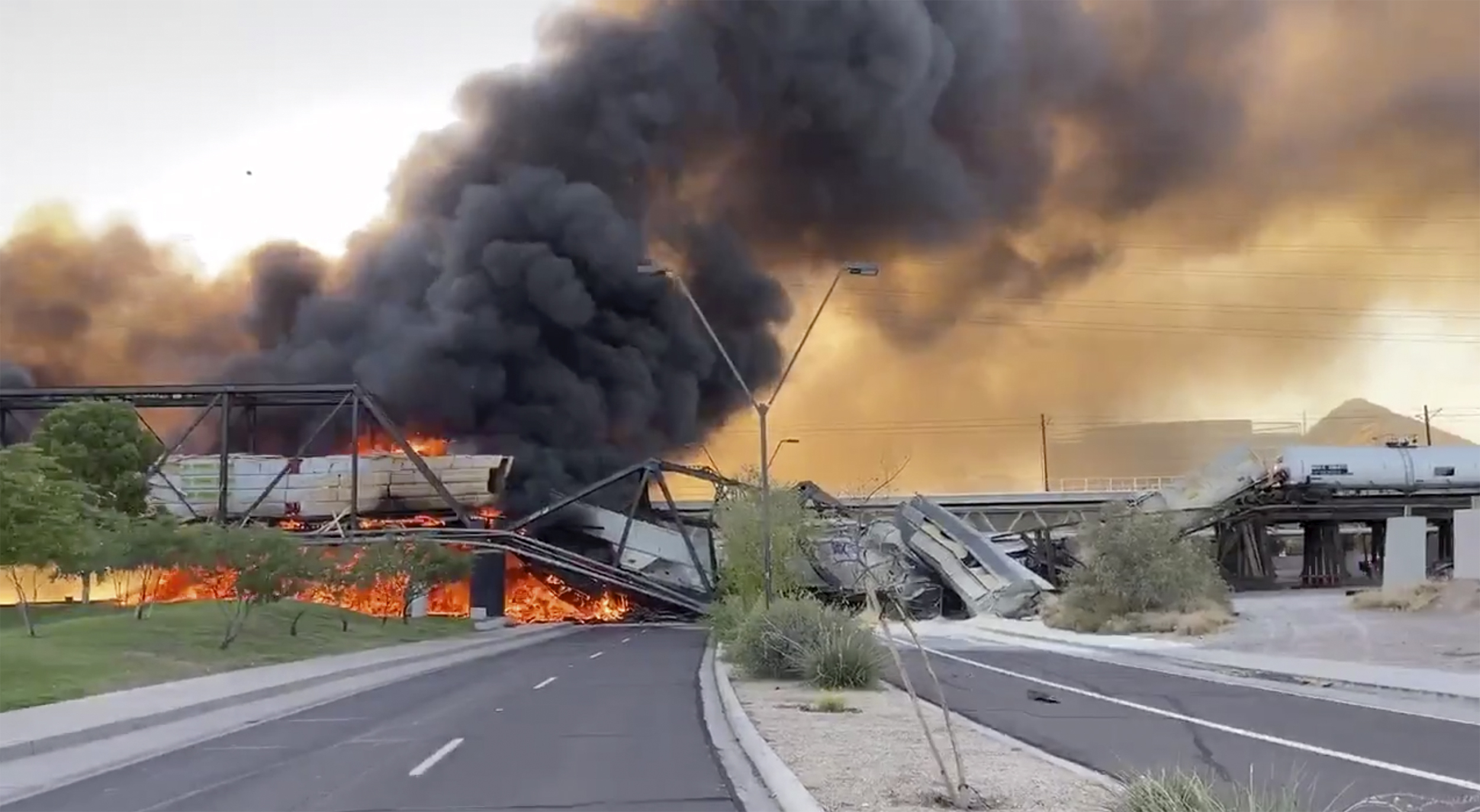 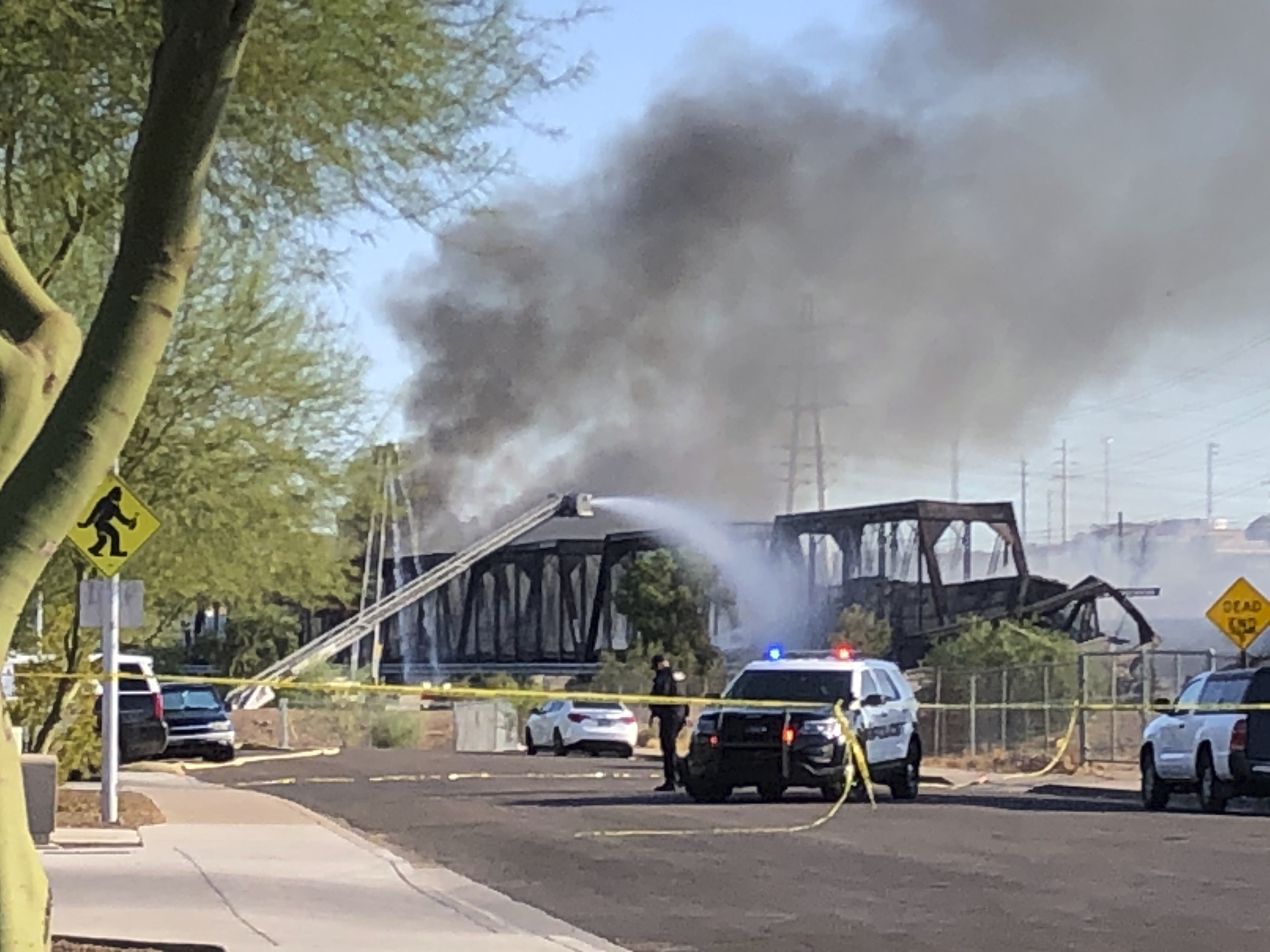 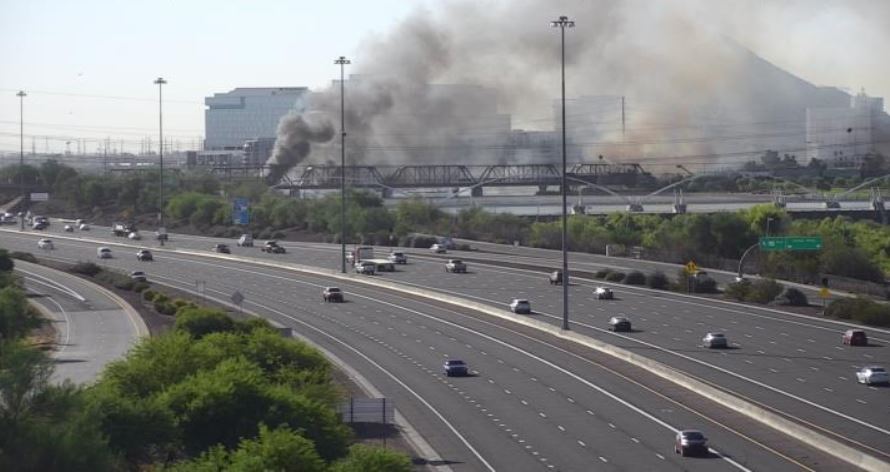 As of now, no serious injuries have been reported. One person was reportedly treated for smoke inhalation.

Officials are still trying to determine what was in each of the train cars and whether anything may be hazardous, according to local ABC affiliate KNXV.

The Tempe police warned residents that there were several roads restricted in the area as firefighters attempt to get the blaze under control.

They also announced that all of Tempe Town Lake is closed until further notice.

It's unclear at this time what caused the train to derail.

Crews are reportedly at the scene attempting to investigate what happened and when the area will be safe again.