Police shot an armed man after he seriously injured two officers when they went to tackle him.

The officers, from Humberside Police, have been ‘taken to hospital for treatment for serious injuries’ after responding to reports of a man ‘carrying weapons inside an address’ in Scunthorpe at around 6.30pm on Wednesday night.

The suspect was also rushed to hospital and is in a stable condition, with a cordon and large police presence around the property in Theodore Road.

In footage of the incident seen by MailOnline, three gunshots can be heard as a residents gathered outside the cordon scream in terror.

‘We received a call shortly before 6.30pm from a member of the public reporting concern for safety in relation to a man allegedly carrying weapons inside an address.

‘Officers were quickly deployed and a cordon was put in place to ensure the safety of those nearby. 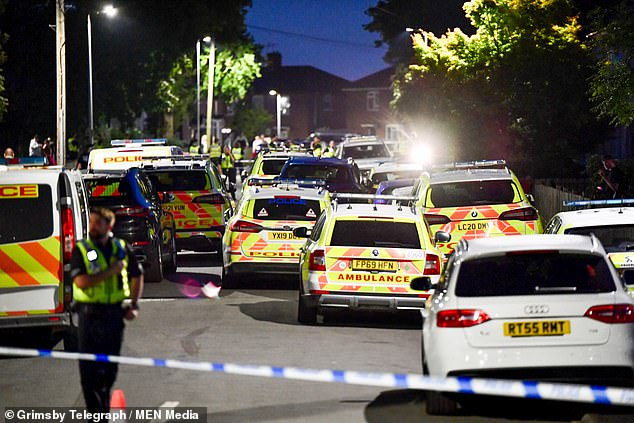 A large police presence around a property in Theodore Road, Scunthorpe, after officers shot a suspect 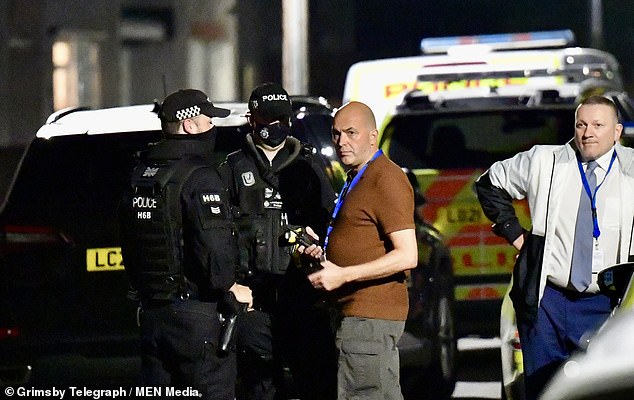 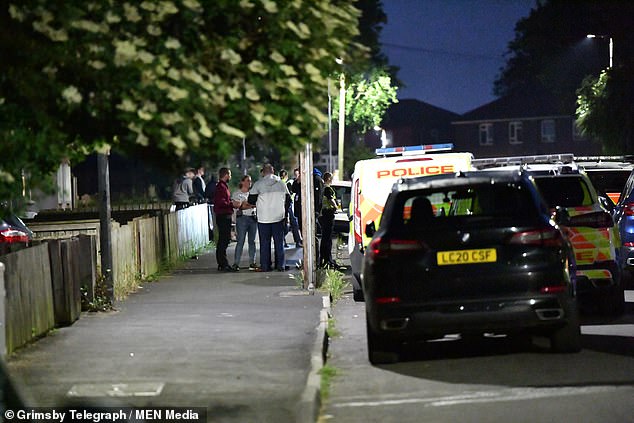 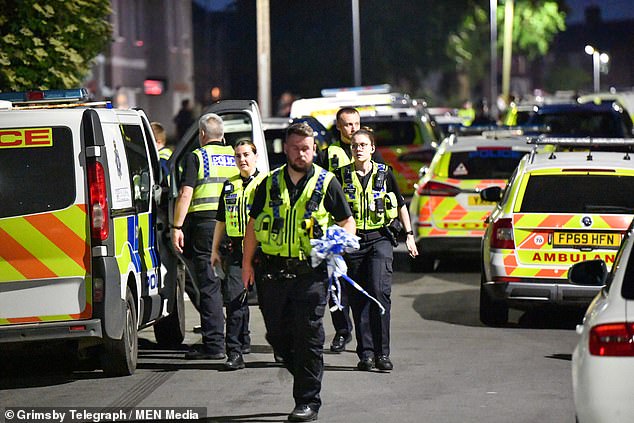 Humberside Police has confirmed three people have been injured in the incident, including two police officers 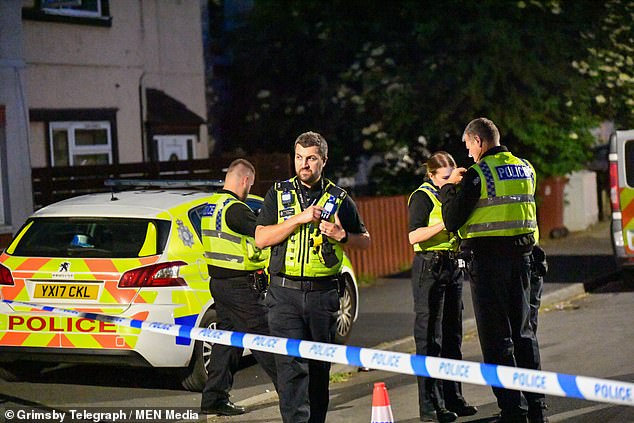 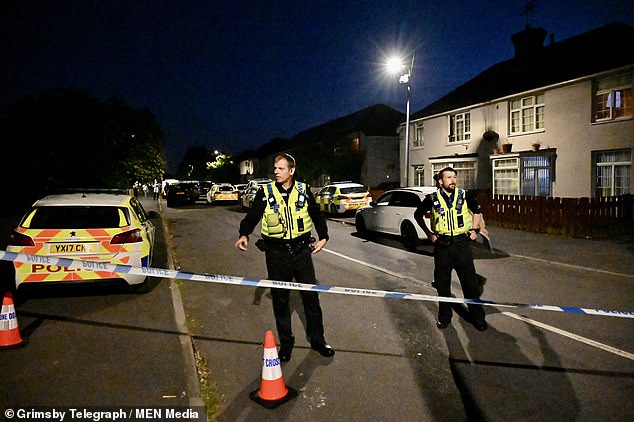 ‘During the incident, the man was shot by police. He was taken to hospital where he currently remains in a stable condition.

‘Two police officers were also injured whilst responding to the incident. Both were taken to hospital for treatment for serious injuries.’

Mr Anderson added: ‘Those officers are being supported by their line managers, the Police Federation and our wider welfare team – as are all their colleagues who attended the incident.’

The force has made a mandatory referral to the Independent Office for Police Conduct (IOPC) over the incident.

A spokesperson for the IOPC said: ‘We can confirm we have opened an independent investigation following an incident at an address in Scunthorpe at around 9pm yesterday evening in which firearms officers were deployed.

‘We were advised that a police firearm was discharged during the incident and that a man sustained non-life threatening injuries as a result. 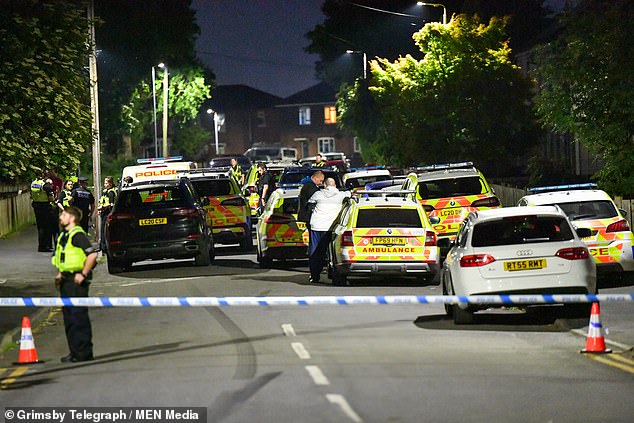 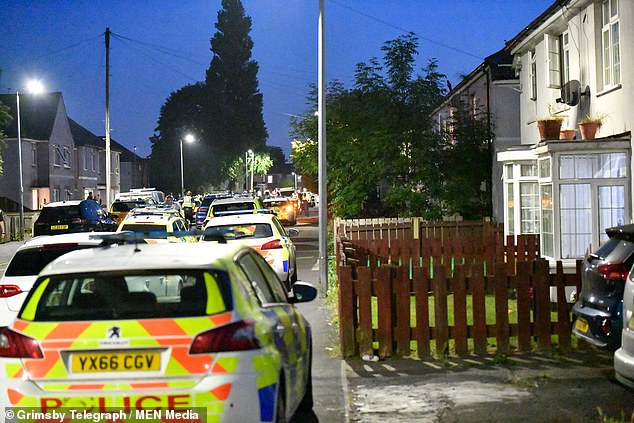 Police cars line the residential street in Scunthorpe following the incident, where a man is said to be in a stable condition after he was shot by police

‘We are also aware that two police officers were injured and we wish them a speedy recovery.

‘After being informed of the incident by Humberside Police, we sent investigators to the scene to start gathering evidence and to the post-incident procedure where the officers involved provided their initial accounts.

‘Our investigation is in its very early stages.’