A high speed chase between police and a fleeing suspect ended in gunfire yesterday, right outside the workplace of Kanye West in Calabasas, California.

The suspect was eventually shot dead by Ventura County officers, following a lengthy stand-off in front of the 41-year-old rapper’s Yeezy HQ.

Police Sgt. Eric Buschow said deputies were called to investigate a domestic violence call in Moorpark on the morning of January 12, when the suspect fled the scene in a stolen car.

A deputy reported seeing the man striking himself as he drove at speed. 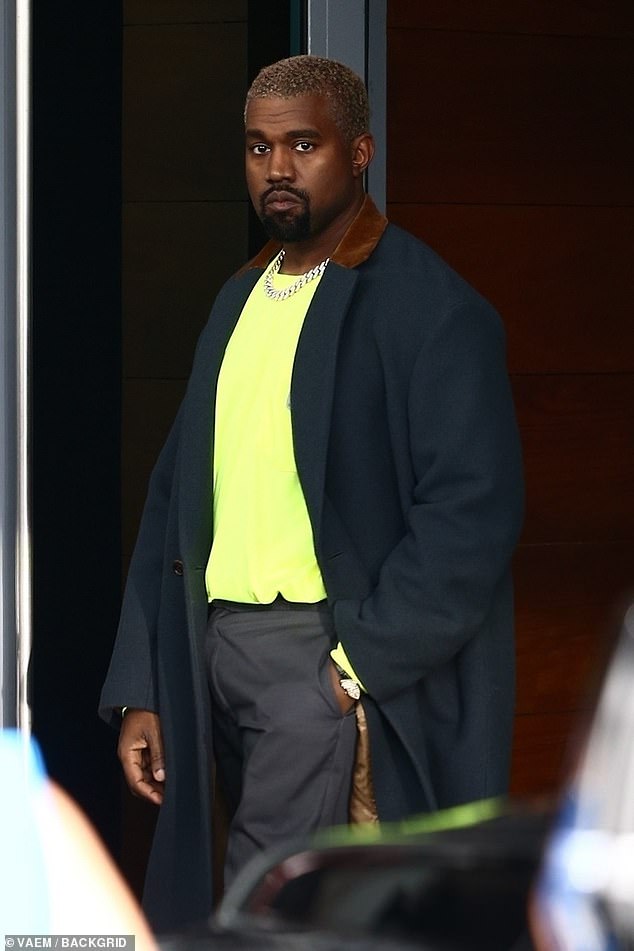 The lengthy pursuit concluded with a 30 minute stand-off outside the office of 41-year-old rapper, Kanye West (pictured) on January 12 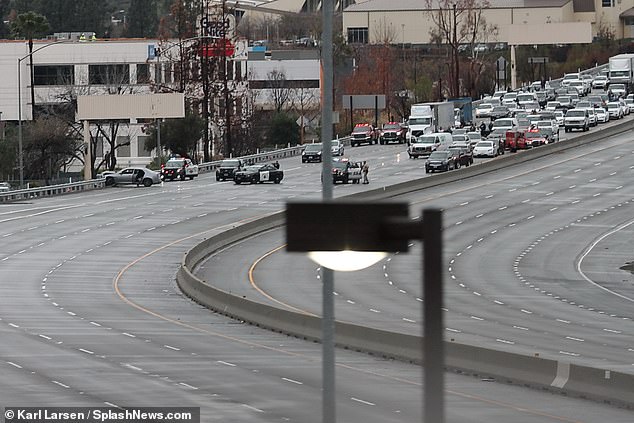 The unnamed man led police on a high-speed chase up and down the Ventura 101 highway in a gray Chrysler 300, before crashing into a guardrail near the Las Virgenes Road exit in Calabasas.

For 30 minutes he squared off with officers until gunfire broke out at 12pm. The suspect died at the scene.

Police have not yet confirmed whether the man fired at officers, but a number of photos from the scene show the suspect appearing to reach into his inside jacket pocket. 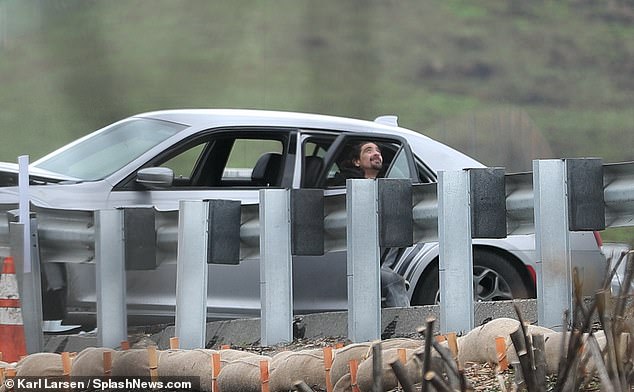 The man hasn’t been named by police, but he was on parole and a wanted felon in another state, an officer said 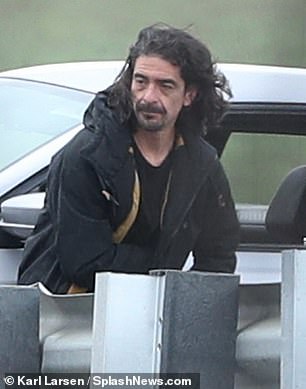 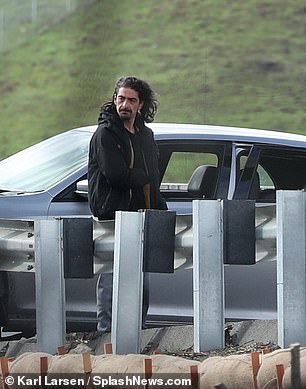 Reports of gunfire were heard at 12:10pm. Police haven’t confirmed whether the man fired at officers, but he can been seen reaching into his jacket pocket, gesturing as if he’s armed 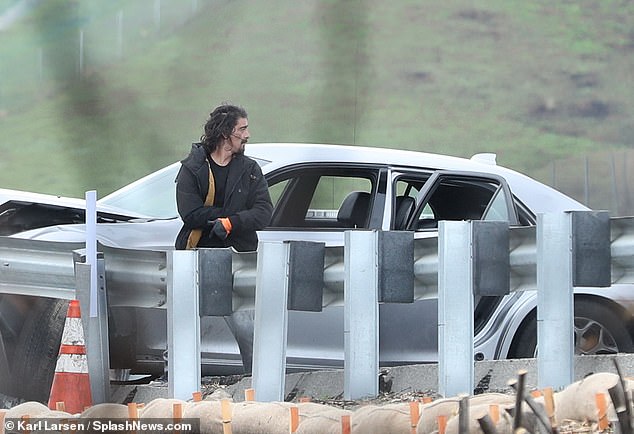 His name and age have not been released, but Sgt. Buschow said he was on parole and a wanted felon in another state.

The Los Angeles County Sheriff’s Department will investigate the shooting, according to Buschow, as the gunfire occurred in their jurisdiction.

Southbound lanes of the freeway remained closed at Lost Hills Road until the early hours of Sunday morning.

It’s not yet clear whether Kanye West was in his Calabasas office during the incident. 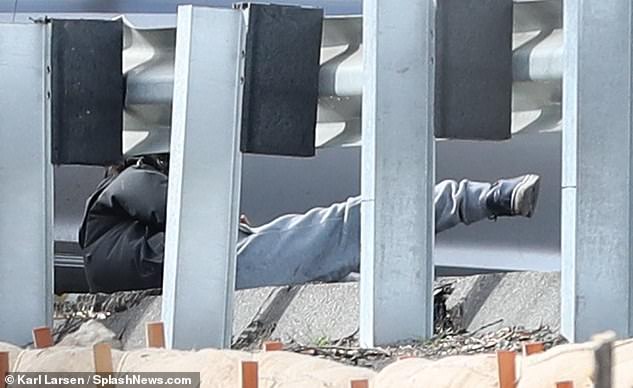 The man was shot dead by Ventura County officers on Saturday. An investigation will be carried out by the Los Angeles County Sheriff’s department 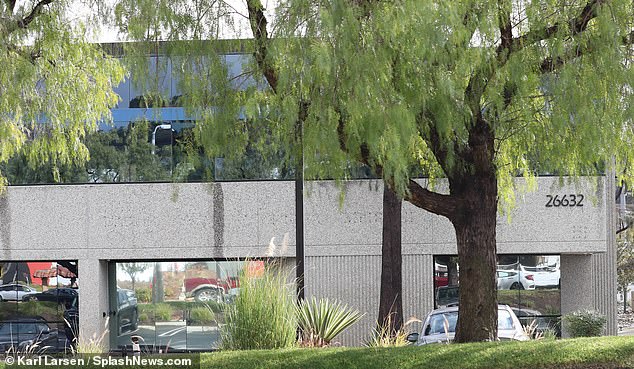 The man was shot right outside West’s Calabasas office (pictured), home to his designer brand Yeezy