You’ll get lots of unmade beds in there, Tracey! Artist Emin buys Griff Rhys Jones’s stunning London home for £15m – more than ten times what it cost him in 1998

She may owe her fame to an unmade bed, but Tracey Emin’s new digs are decidedly swankier than that.

The artist has splashed out £15 million on a stunning London townhouse previously owned by comedian-turned-broadcaster Griff Rhys Jones, The Mail on Sunday can reveal.

It means a healthy profit for the Welsh star, who bought the Georgian mansion in Fitzrovia for £1.45 million in 1998. 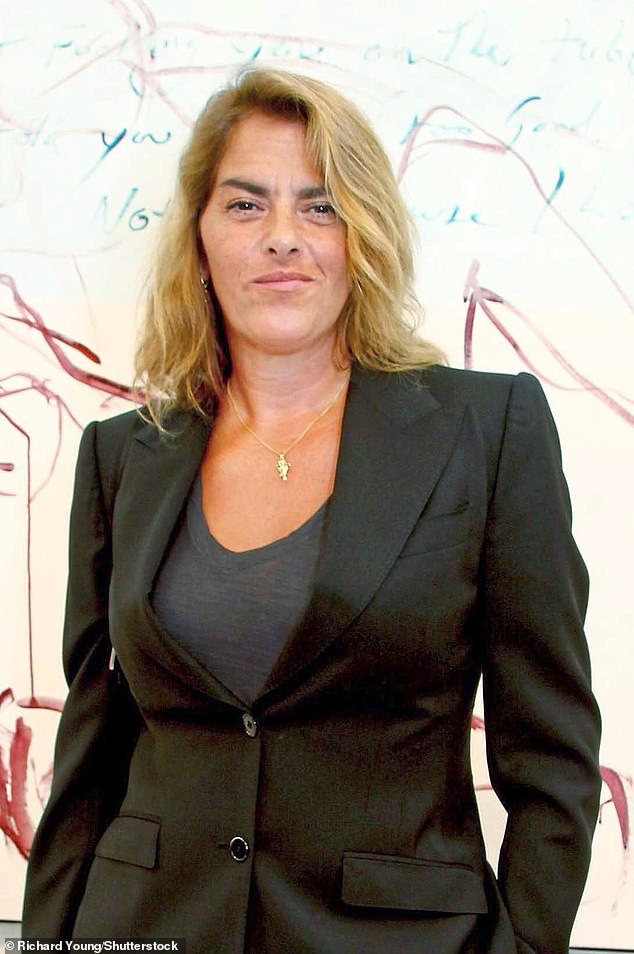 The artist, pictured, has splashed out £15 million on a stunning London townhouse previously owned by comedian-turned-broadcaster Griff Rhys Jones 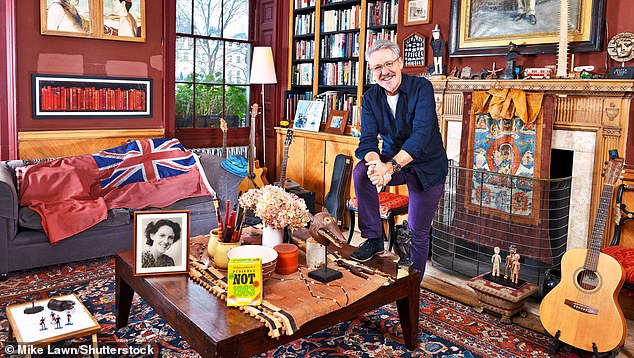 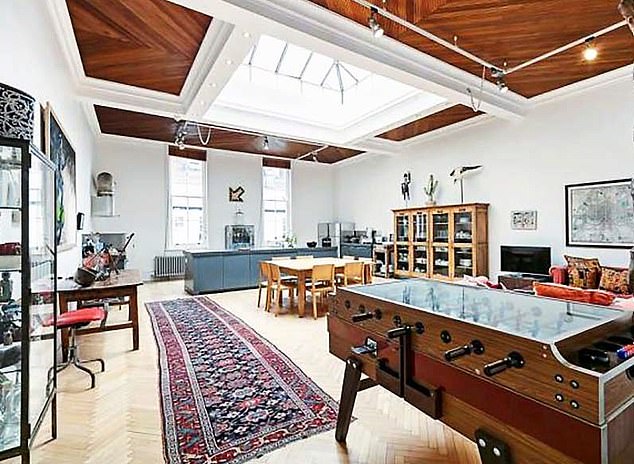 GAME ON: Visitors can entertain themselves with a match of table football 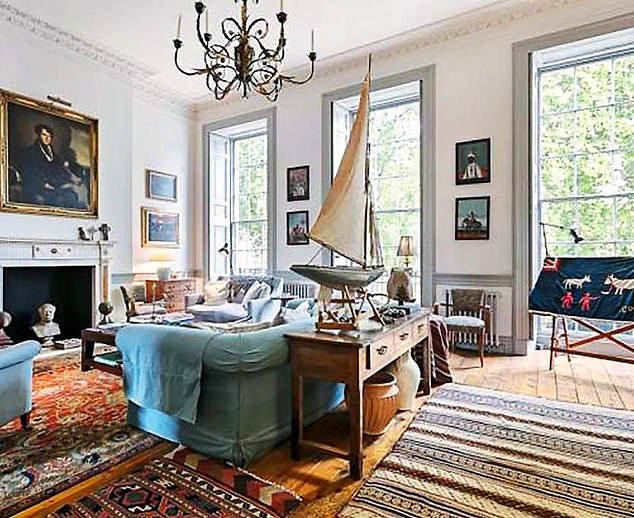 Neighbours say the artist, who announced in April that she had been given the all-clear by doctors, only recently moved in. One said: ‘It’s great that she’s finally here and she seems to be setting about redecorating.’

The sale proves that Rhys Jones, 67, is rather shrewder than the slow-witted character he played opposite comedy partner Mel Smith in the 1980s.

When he and his graphic designer wife Jo bought the property, it was being used as offices, but they converted it into a spectacular home boasting an indoor pool, library and wine cellar.

‘It needed a lot of work,’ he once said. ‘But it had been made into an office in the 1940s and that meant all the work had been done so shabbily that you could literally turn over a cornice and pull on a piece of cardboard and reveal the staircase underneath.’

While living there, Rhys Jones – who made a fortune when he and Smith sold production firm Talkback for £62 million – described it as ‘elegantly raffish’. 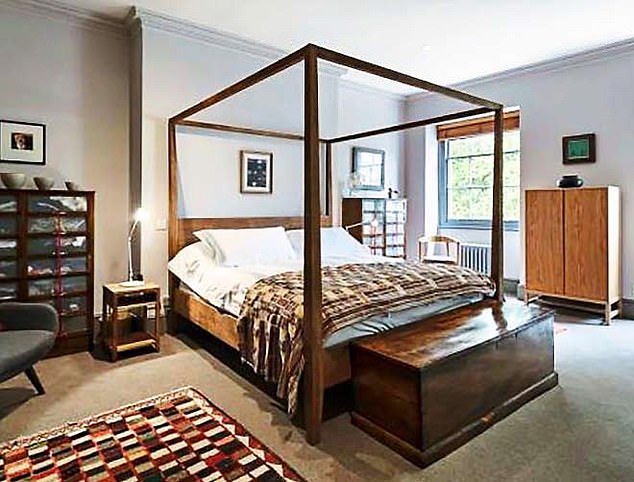 AT LEAST THIS BED’S MADE! One of the rooms comes with a four-poster

Ms Emin, best known for My Bed, an installation consisting of her unmade, dirty bed in which she had spent several weeks drinking, smoking and eating, put her former home and studio in East London on the market for £12 million last summer.

Rhys Jones, a friend of Ms Emin, has moved to a townhouse in nearby Holborn. He bought it for £3 million last year and spent a further £900,000 on an attached mews house. 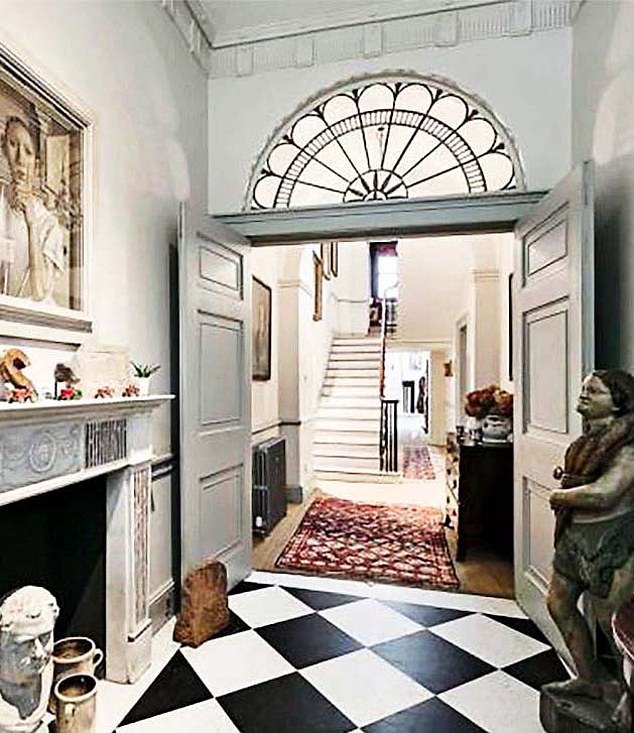 QUITE AN ENTRANCE: Double doors are thrown open to reveal an elegant staircase and ground floor 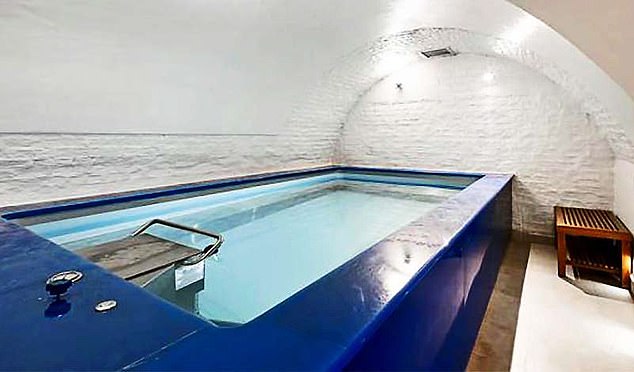 MAKING A SPLASH: Griff and his wife Jo even installed an indoor pool