MISSION, Texas — Heavy machinery has started to roll in near the National Butterfly Center, which straddles the Mexican border. Customs and Border Protection has positioned vehicles here. And construction workers and architects have started plotting out their work for the next few months, and possibly years.

As the nation's capital grapples over how to fund the controversial border wall, construction of a new one in the Rio Grande Valley is set to begin in the next few days.

Bentsen, a top national destination for bird watching, is located down the road from the bird center and will see one of two Rio Grande Valley border wall projects run through its property. Both plans were funded by last year’s congressional appropriations. Congress green-lighted more than $600 million for 33 miles of wall in the area.

Environmentalists are not happy.

“The construction would tear all the natural wildlife and the trees and all that’s been here forever,” said Lisa Doubet, a St. Louis native visiting Bentsen-Rio Grande Valley State Park. 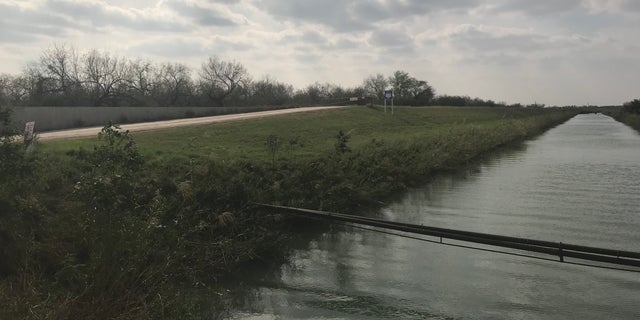 Bentsen-Rio Grande Valley State Park will see a portion of a new six-mile border wall run along a levee road in the property.
(Fox News)

The project that will cut through Bentsen and the butterfly center was the first contract to be awarded by CBP at the end of October. It calls for six miles of new border wall and will run on the south side of the U.S. International Boundary Water Commission levee, featuring concrete slabs with 18-foot tall bollards. About two weeks after making that first announcement, CBP awarded a second contract for another eight miles.

AS BORDER WALL GOES UP IN TEXAS, SOME LANDOWNERS PUT UP A FIGHT

The Texas Parks and Wildlife Department and the butterfly center have criticized the potential damages that construction would have on wildlife and vegetation. Last year, the Trump administration waived 28 environmental and public-health laws to make way for the construction of the wall. 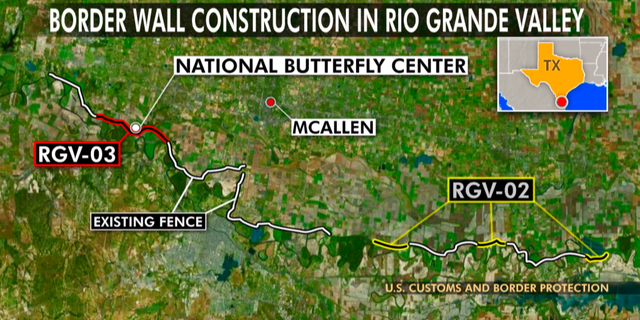 Newly selected Rio Grande Valley Sector Chief Patrol Agent Rodolfo Karisch did not provide many details regarding the projects during his "State of the Border" address in Mission on Friday. However, he did bring up the high number of illegal border crossers.

"Every 14 days, we have as many people that show up in San Diego as far as a caravan. There's so much work we have to do, but this is also not the answer, having men and women make this trek coming across the border there" said Karisch.

President Trump has ramped up calls for more money for additional border fencing. His push for $5.7 billion for a border wall triggered a standoff last month that led to the country’s longest government shutdown. Now, as lawmakers discuss border security funding ahead of a budget deadline next week, Trump is showing no signs of softening his stance, preparing instead for a MAGA rally in El Paso, where he’s expected to highlight the issue.

“Now is the time for Congress to show the world that America is committed to ending illegal immigration and putting ruthless coyotes, drug dealers, and human traffickers out of business,” Trump said during his State of the Union address on Tuesday.

But, Mayor Jim Darling from the neighboring city of McAllen said it's untrue that border towns are dangerous and lawless. 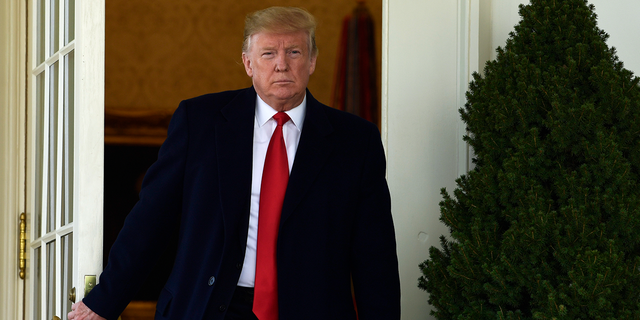 President Donald Trump continues to push for tighter border security, preparing for a MAGA rally in El Paso next week, where he’s expected to raise the issue.
(AP)

Darling, who doesn’t identify as a Democrat or a Republican, said he believes in border security but doesn’t think a wall will solve what he says is the real issue: the number of asylum seekers.

“A wall doesn’t stop that. So, we’ve been seeing numbers at the respite center that are caravan-type numbers. But, the people haven’t been crossing in the caravans. They’ve been individual families or individuals themselves,” said Darling.

“It’s a little scary for me," Doubet said. "I just don’t think I’d want to be close to a border wall in a park.”