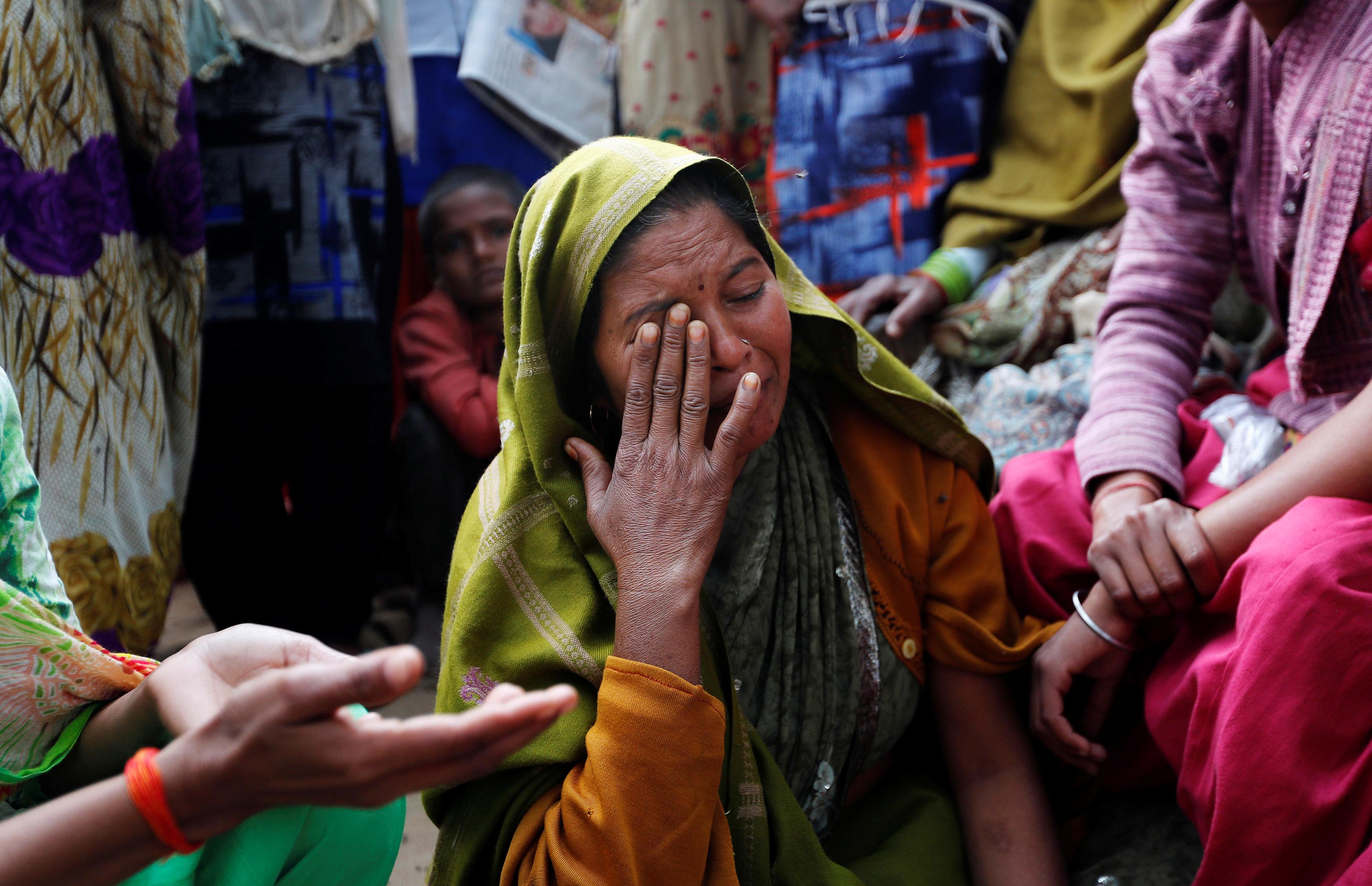 But this week, the village in Uttar Pradesh state became a symbol of the deepening communal divide in India as some Hindu men from the area complained they had seen a group of Muslims slaughtering cows in a mango orchard a couple of miles away.

That infuriated Hindus, who regard the cow as a sacred animal. Anger against Muslims turned into outrage that police had not stopped an illegal practice, and a Hindu mob blocked a highway, threw stones, burned vehicles and eventually two people were shot and killed – including a police officer.

The events throw a spotlight on the religious strains in places like Nayabans since Prime Minister Narendra Modi’s Hindu nationalist Bharatiya Janata Party (BJP) came to power at the national level in 2014 and in Uttar Pradesh in 2017. Tensions are ratcheting up ahead of the next general election, due to be held by May.

The BJP said it was “bizarre” to assume the party would benefit from any religious disharmony, dismissing suggestions that its supporters were largely responsible for the tensions.

“In a large country like India nobody can ensure that nothing will go wrong, but it’s our responsibility to maintain law and order and we understand that,” party spokesman Gopal Krishna Agarwal said. “But people are trying to politicize these issues.”

Nayabans, just about three hour’s drive from Delhi, has about 400 Muslims out of a population of 4,000, the rest are Hindu. Relations between the communities began deteriorating around the Muslim holy month of Ramadan last year when Hindus in the village demanded that loudspeakers used to call for prayer at a makeshift mosque be removed, local Muslims said.

“For 40 years mikes were used in the mosque, calls for prayer were made five times a day, but no one objected,” said Waseem Khan, a 28-year-old Muslim community leader in Nayabans.

“We resisted initially but then we thought it’s better to live in peace then create a dispute over a mike,” he said. “We don’t want to give them a chance to fan communal tensions.”

Reuters spoke with more than a dozen Muslims from the village but except for Khan, no one else wanted to be named for fear of angering the Hindu population.

Several among a group of Muslim women and girls standing outside the mosque said they have been living in fear since the BJP came to power in the state in 2017.

They said that Hindu groups now hold provocative processions through the village during every Hindu festival, loudspeakers blaring, something that used to happen rarely before. They said they felt “terrorized” by Hindu activists.

“While passing through our areas during their religious rallies, they chant ‘Pakistan murdabad’ (down with Pakistan) as if we have some connection to Pakistan just because we are Muslims,” Khan said.

The subcontinent was divided into Muslim Pakistan and Hindu-majority India at the time of independence from British colonial rule in 1947.

During the violence on Monday, many Muslims in Nayabans locked themselves in their homes fearing attacks. Some who had attended a three-day Muslim religious congregation some miles away stayed outside the area that night to avoid making themselves targets for the mob.

Muslim villagers say they are particularly fearful of the top elected official in Uttar Pradesh, Chief Minister Yogi Adityanath, who is a Hindu priest and senior BJP figure. Hindu hardliners started asserting themselves more in the village after he was elected, they say.

Uttar Pradesh sends 80 lawmakers to the lower house of parliament, the largest of any state in the country.

Considered the county’s political crucible, it has also been the scene for spiraling Hindu-Muslim tensions.

Adityanath said the lead up to the rioting in Nayabans was a “big conspiracy”, but did not elaborate.

In the only statement from his office on the incident, Adityanath ordered police to arrest those directly or indirectly involved in the slaughter of cows and made no mention of the death of the police inspector. He announced 1 million rupees ($14,110) as compensation for the family of the other dead man, a local who is among those accused by police for the violence.

Both men were Hindus and died of bullet wounds, although police said it was not yet clear who shot whom.

Police say they have arrested up to five people for the cow slaughter but have not given their religion. Locals say all the arrested people are Muslims. Four Hindu men have been arrested for the violence leading to the deaths.

“All invidious elements who may have conspired to vitiate the situation will be exposed through a fair and transparent investigation,” Anand Kumar, the second highest police official in Uttar Pradesh, told Reuters.

Asked if there was any bias against Muslims, Uttar Pradesh government spokesman Sidharth Nath Singh – who is also the state’s health minister – told Reuters: “We believe in equality and our motto is sabka saath, sabka vikas”, using a Hindi phrase often used by Modi that means “collective effort, inclusive growth”.

The two communities in Nayabans have lived in relative harmony for years, residents from both groups said.

But now Hindus in the village, who mostly say they support Yogi, accuse the Muslims of trying to turn themselves into the victims when they weren’t.

“Can’t believe they are raising our processions with journalists!” said Daulat, a Hindu daily wage laborer who goes by one name. “They are making it a Hindu-Muslim issue, we are not. Their people have been accused of killing cows, so they are playing the victim.”

At a middle school, meters from the police outpost near where the two men got killed, two women teachers, sitting on a veranda soaking in the winter sun, said its 66 students stopped coming for classes in the first few days after the violence.

“We worship cows and their slaughter can’t be accepted,” said one of the teachers, Uma Rani. “Two Hindus died here but nothing happened to the cow killers.”

Both teachers were Hindus.

Political analysts say relations between the two communities are likely to stay tense ahead of the national vote, particularly in polarized states such as Uttar Pradesh.

The BJP made a near-clean sweep in Uttar Pradesh in 2014, helping Modi win the country’s biggest parliamentary mandate in three decades, but pollsters predict a tighter contest next year because of a lack of jobs and low farm prices. 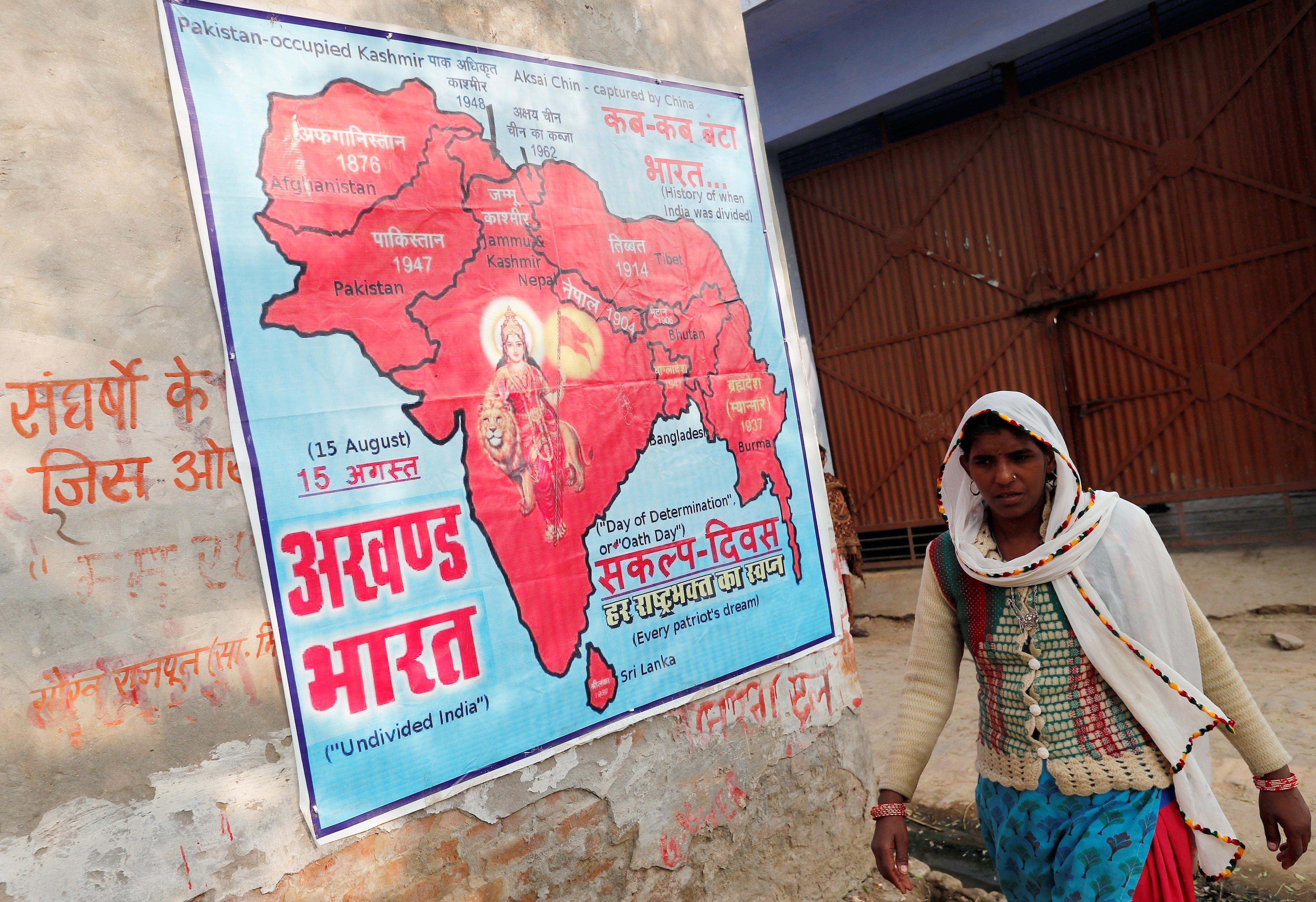 Muslims say they increasingly feel like second-class citizens in their own country.

“The BJP will definitely benefit from such incidents,” said Tahir Saifi, a Muslim community leader a few miles from the area of violence who supports a regional opposition party in Uttar Pradesh. “They want all Hindus to unite, and when religion comes into the picture, other issues like development take a back seat.”