Washington: North Korea has been ruled by the Kim family since it was founded after World War II. Succession has happened only twice, with the sitting leader anointing one of his sons to be the next in charge after his death. But this time around, as rumours swirl about leader Kim Jong-un's health, and with the country on a path for its worst economic contraction in more than two decades, there is no heir apparent. The best person for the job may be Kim's sister Kim Yo-jong, who has outshone any potential rivals in the male-dominated dynasty. 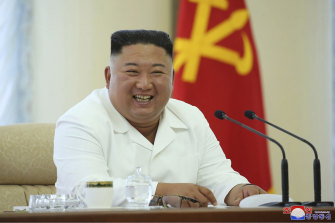 How has the new leader been chosen?

So far it's been straightforward. Kim Il-sung, the first leader installed by the Soviet Union, selected his son Kim Jong-il, who later selected his son, the current incumbent. Before the transition, the heir is groomed and moves into prominent positions in the state apparatus, while the propaganda machine kicks into high gear to build the legend that will support the cult of personality. 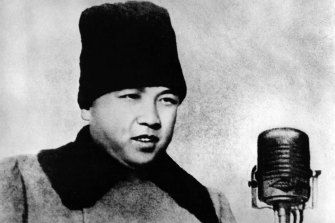 How long does it take?

The first transition was well-telegraphed with state organs pledging allegiance to Kim Jong-il from the 1970s. It was made official in 1980 when Kim Jong-il was elevated to high posts in the ruling Workers' Party and military, ascending to "supreme leader" when his father died in 1994. The second time around, things were a bit more rushed due to Kim Jong-il's poor health. In 2009, the top military and party apparatchiks began pledging loyalty oaths to Kim Jong-un and in September 2010, Kim Jong-un was officially named to his prominent posts, while still in his mid-20s. He took over in December 2011 when Kim Jong-il died. 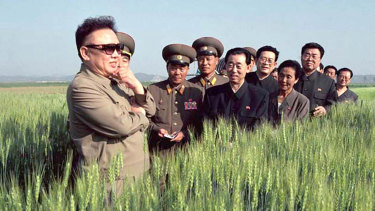 The final say so far has gone to the sitting leader. There is no room for dissent. Top officials know that to keep their elite status, they have to stand by the Kim family and anyone who openly questions the qualifications of the leader risks having themselves and their family thrown into a political prison. That being said, it took Kim Jong-il and Kim Jong-un several years to find their footing, consolidating power and purging those people they saw as problematic.

Could the leader be from a different family?

Maybe, but the propaganda machine would have to find a way to justify a change to the fundamental narrative of the country. The state operates under what is known as the Mount Paektu bloodline. The mountain on the border with China is considered the mythical birthplace of the Korean people and in North Korea's propaganda, it was also the base of Kim Il-sung's guerilla fighters as they fought their revolution. Kim Jong-il and Kim Jong-un were later named as leaders of that revolution, and that is used to foster the image of the family as demigods and the chosen protectors of the people. 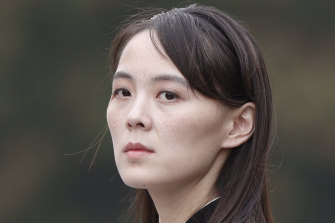 Does the leader have to be male?

Maybe not. If bloodline is able to trump gender in this patriarchal society, Kim's sister is the most likely candidate to take over. In many ways, Kim Yo-jong — who has spent nearly a decade enmeshed in the state apparatus — has been better groomed to take over the top leadership role than her brother was. She is in her early 30s and has been by her brother's side at summits with U.S. President Donald Trump and Chinese President Xi Jinping. In August, South Korea's spy agency briefed lawmakers that Kim Jong-un had already delegated some power to her. The potential male heirs are younger or hold less sway in the halls of power. The idea of a caretaker who serves until Kim Jong-un's children are old enough to lead has also been floated by outsiders.

Kim Jong-un is thought to have three children, according to South Korean intelligence, with the oldest being about 10 years old. There has been no mention of them in state media. Dennis Rodman, the offbeat basketball great who visited Kim in North Korea, said in 2013 he held the leader's baby in his arms, a daughter named Ju Ae. 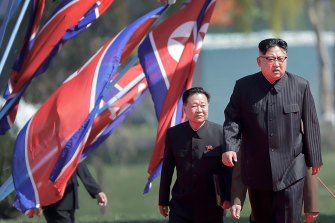 Choe Ryong-hae, vice-chairman of the central committee of the Workers’ Party and No. 2, walks up a ramp behind Kim Jong-un in 2017. His son is believed to be married to Kim’s sister Yo-jong.Credit:AP

Who else is in the running?

Kim Pyong-il, 65, is the last known surviving son of North Korea's founder and returned to Pyongyang last year after about four decades abroad as a diplomat. But he has been out of favour since the late 1970s and isn't thought to have enough support to make a run for power on his own. Choe Ryong-hae — North Korea's ceremonial head of state and No. 2 leader — could be a compromise or caretaker candidate, if the country's power brokers take the uncertain path of choosing a leader from outside the Kim family. His son is thought to be married to Kim Yo-jong.