Days after the White House announced plans for a second nuclear summit between the United States and North Korea, a new thinktank report has identified a secret North Korean ballistic missile base about 250 kilometres northwest of Seoul that is reportedly the headquarters of the country's strategic missile force.

The report, released Monday, Washington time, by the Center for Strategic and International Studies, said the base is one of about 20 undeclared missile operating bases, part of North Korea's ongoing ballistic missile program. Researchers at the center's Beyond Parallel project said the latest report provides more evidence that North Korea is not dismantling its weapons facilities.

"While diplomacy is critical, and should be the primary way to resolve the North Korean nuclear problem, any future agreement must take account of all of the operational missile base facilities that are a threat to US and South Korean security," the report said. 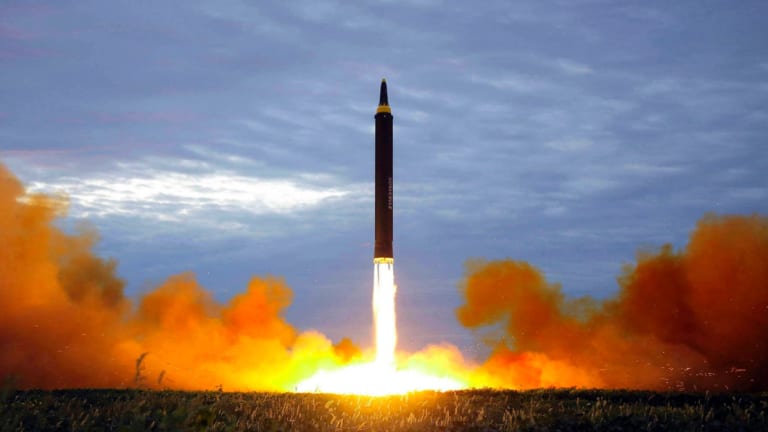 This image from the North Korean government shows what was said to be the test launch of a Hwasong-12 intermediate-range missile in Pyongyang in December 2018.Credit:AP

"North Korea is not supposed to have these ballistic missile bases," said Victor Cha, one of the report's authors. "And of course they have them and have not disclosed them."

After President Donald Trump's historic summit with North Korean leader Kim Jong Un last summer, Trump wrote on Twitter that there was "no longer a nuclear threat from North Korea".

The White House announced Friday that Trump would hold a second summit with North Korean leader Kim Jong-un in February as the two sides seek to jump-start nuclear talks that have stalled since their historic first meeting in summer. 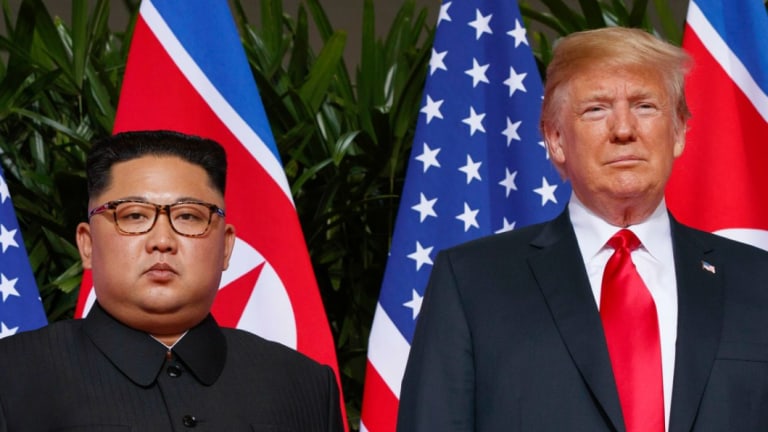 "North Korea basically wants to trade away things they won't do in the future, or to give up things from the past they don't need anymore, while not negotiating over things like this, their actual capabilities," said Cha, a former National Security Council official focused on Asian affairs.

Trump has said his own negotiating skills can bypass stalled talks among lower-level diplomats to strike a deal for North Korea to relinquish a nuclear weapons program that analysts said can now reliably strike the United States.

Experts have said there has been no demonstrable progress since the first summit in Singapore in June. Trump's claims that North Korea is a diminished threat have been contradicted by the Pentagon and US intelligence agencies. The White House declined to comment.

Of the 20 or so undeclared missile bases, CSIS researchers have located 13. In November, researchers released a report on the first of the 13 bases; Monday's report describes the second.

The base is most often referred to as a missile operating base. But "it has fulfilled broader missions" as an operational test and development site and training facility subordinate to the "Strategic Force of the Korean People's Army", the report said. The KPA Strategic Force is responsible for all ballistic missile tests.

Unlike other known North Korean ballistic missile operating bases, which are "nestled within narrow and steep mountain valleys", the main parts of this base are "distributed within a shallow valley and rolling hills", the report said. The base's four square miles comprise several small villages, including the one for which the facility is named.