An Aussie larrikin has dressed up as a kangaroo and convinced a joey to hop into his pouch.

The adorable TikTok posted on Monday by user Nicolas Elwin showing a young man dressing up in a kangaroo onesie before kneeling down in front of the joey, opening his ‘pouch’ for it has gone viral.

Filmed in the front yard of a home in Temora in central NSW, the joey, named Nigel, seems to be on his own as the man approaches him in costume. 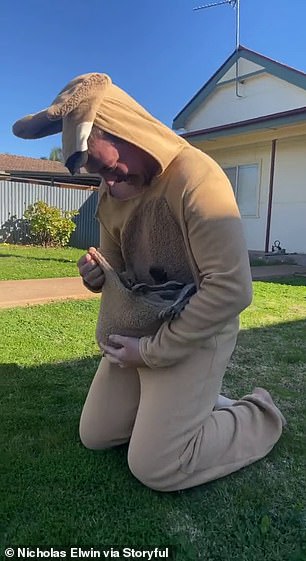 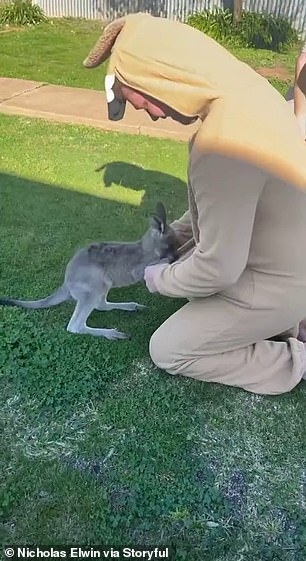 The joey slowly hops over to the man before slipping headfirst into the artificial pouch sewn into the front of the man’s costume.

Set to Rolf Harris’ ‘Tie Me Kangaroo Down Sport, the video shows the man and his friends looking on with glee as the joey makes itself comfortable in the pouch.

‘The fact that it worked is hilarious,’ wrote another.

‘Poor baby wants his mummy. Such a cute video. I hope little joey was ok,’ another commented. 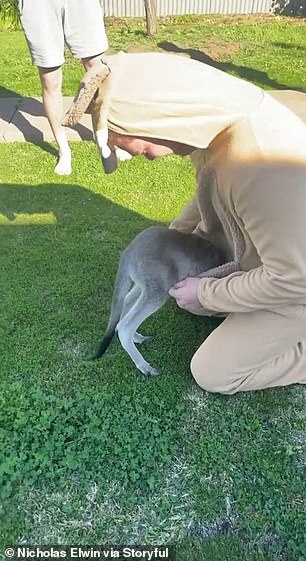 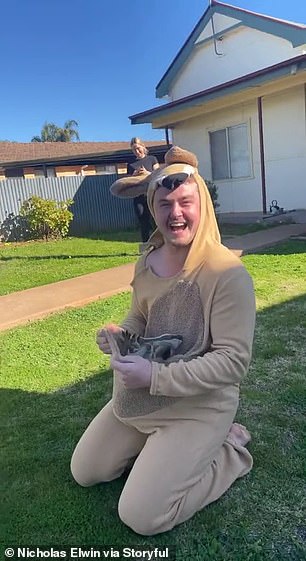 The video has been viewed over 2.4 million times and has appeared on national news show The Project