London: The financial crime watchdog has issued a grovelling apology after accidentally telling Parliament that the Vatican transferred $2.3 billion to Australia over seven years when the actual amount was less than $10 million.

The Australian Transaction Reports and Analysis Centre's claim prompted alarm and confusion in the Holy See, where Cardinal George Pell has been caught up in an ugly internal war over its financial affairs.

But AUSTRAC has now conceded the $2.3 billion figure was 242 times higher than the true total of $9.5 million and blamed software for the bungle. 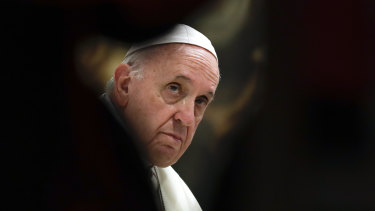 In a letter to a Senate committee, chief executive Nicole Rose said "quality assurance processes should have identified" the error and promised a review to make sure the mistake could not happen again.

It is thought the agency incorrectly apportioned to the Vatican hundreds of millions of dollars in transfers between Italy and Australia, leading to the massively inflated figure.

AUSTRAC provided the $2.3 billion figure to Parliament in December following a question from Liberal senator Concetta Fierravanti-Wells. The senator was probing claims by Italian newspapers of suspicious transfers between the Vatican and Australia and whether any funds had been used to influence the 2018 trial and conviction of Pell on child sex abuse charges. 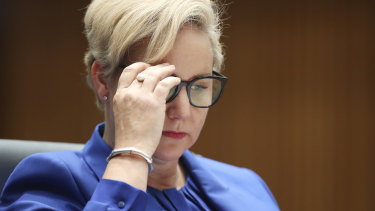 The agency also miscalculated how much money had been sent from Australia to the Vatican. It originally told the Senate the figure was $117.4 million over seven years when it was actually $26.6 million.

Pell returned to the Vatican in September just as its financial affairs came under renewed scrutiny following the Pope's decision to sack Cardinal Angelo Becciu over allegations of suspicious property transactions. Becciu has denied any wrongdoing.

Becciu and Pell clashed during the Australian cardinal's tenure as Vatican treasurer between 2014 and 2017.

Italian newspapers La Repubblica and Corriere della Sera last October claimed Becciu was suspected of arranging for €700,000 ($1.1 million) to be transferred to people in Australia to support Pell's prosecution in Victoria.

AUSTRAC examined the reports and provided "information" to the Australian Federal Police and Victoria Police in October.

However there is no evidence that any money influenced Pell's trial and Victoria Police said there were no grounds to investigate in the absence of any other evidence or intelligence.

The AFP is still looking at some of the transactions.