We have made our live coverage of the coronavirus pandemic free for all readers. Please consider supporting our journalism with a subscription.

Cormann, who has embarked on a green pivot since his election as secretary-general of the Paris-based Organisation for Economic Co-Operation and Development, said winding back subsidies would be “difficult and sensitive” but crucial to neutralising carbon emissions by 2050. 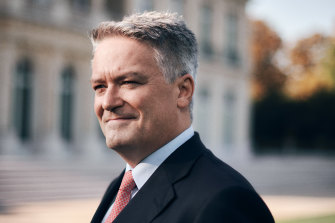 “Governments should remove distortions that divert investment away from the transition to net zero,” he told the COP26 talks.

The exact level of direct taxpayer support for fossil fuel companies in Australia is unclear, but estimates range from the low billions to about $11 billion each year.

As finance minister under Tony Abbott, Malcolm Turnbull and Scott Morrison, Cormann had direct influence over the level of support given to Australia’s fossil fuel producers.

The man suspected of abducting Cleo Smith case has been charged with child stealing and other offences.

Terence Darrell Kelly, 36, appeared at the Carnarvon Magistrates Court yesterday and was remanded in custody. He is next due in court on December 6. 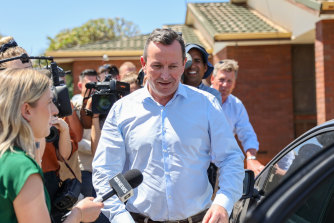 Cleo, who had been missing for 18 days after disappearing from her family’s tent at a remote camping site in Western Australia, was reunited with her family on Wednesday. Police located her alone in a locked home minutes from her family’s house in the regional WA town of Carnarvon.

WA Premier Mark McGowan met with Cleo and her family yesterday. Local authorities have made a fresh appeal for anyone in Carnarvon to come forward with relevant CCTV footage from October 15 to November 2, regardless of whether they are a business owner or resident.

Read more about the case here.

NSW and Victoria removed all remaining borders restrictions between the two states for fully vaccinated travellers at 11.59pm last night.

NSW Premier Dominic Perrottet and Victorian Premier Daniel Andrews announced the move in a joint press release on Thursday evening, saying the states were “normalising living with the virus”. 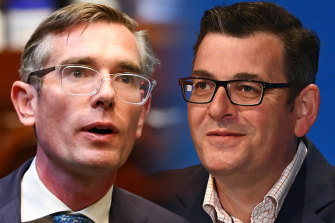 “This means, for the first time in more than six months in Victoria, all local government areas in all states and territories across Australia will be green zones for the purposes of entering Victoria,” the premiers said.

Travellers entering Victoria from green zones face no quarantine or testing requirements regardless of whether they are unvaccinated or fully vaccinated, but still have to obtain a permit before they arrive.

There are no requirements for fully vaccinated Victorians entering NSW, unless they have been to a place of high concern.

However, Victorians over the age of 16 who are not fully vaccinated are not allowed to enter NSW for recreation or a holiday.

More on the border changes here.

Katherine, about 300 kilometres south of Darwin, will enter a 72-hour lockdown lasting until midnight on Sunday. 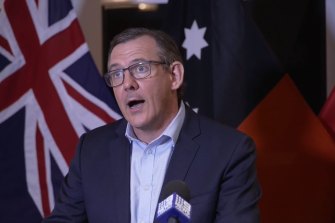 Mr Gunner said the case is a man aged in his 20s who is a contract worker at the RAAF (Royal Australian Air Force) Base Tindal, outside of Katherine. He is not vaccinated.

“The man has not travelled outside of the Territory recently,” he said at the press conference, held about 10pm yesterday (local time). “That means he caught the virus inside the Territory. We don’t know where, and we don’t know when but this is community transmission.”

This morning’s headlines at a glance

Good morning and thanks for your company.

It’s Friday, November 5. I’m Broede Carmody and I’ll be anchoring our live coverage for the first half of the day.

Here’s everything you need to know before we get started. 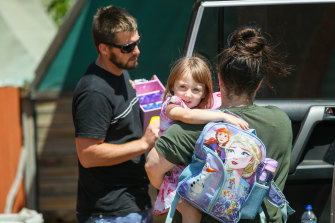 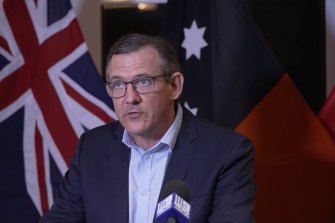 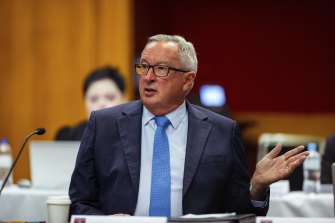 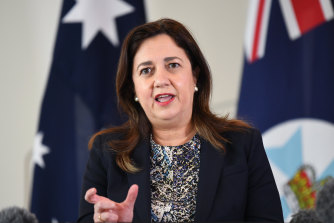 Premier Annastacia Palaszczuk says Queenslanders are running out of time to get vaccinated before state’s border opens.Credit:Getty