Mexican authorities say they are honing in on a criminal group known as “La Linea” as those responsible for the massacre of an American family in northern Mexico.

The family was traveling in a small convoy of three vehicles between the states of Sonora and Chihuahua when they were ambushed by an armed group on Monday, according to Mexico’s security minister, Alfonso Durazo.

The area where the attack took place — less than 100 miles from the Arizona border — is of territorial dispute by several criminal groups, and it’s possible the family’s convoy was mistaken for one of a rival group, Durazo told reporters Tuesday.

Three women and six children were killed in the ambush, Durazo said. Eight other children survived the massacre, though many were injured.

La Linea has strong control in the Chihuahua state and has been in a fight with elements from another criminal group called “Los Salazar,” which are aligned with the Sinaloa Cartel, who have more control in Sonora State, Gen. Homero Mendoza, a top Mexican military official, said in a press conference on Wednesday morning.

The two groups had been battling on the day of the attack, and La Linea had sent a criminal cell between the towns of Janos and Bavispe, along the border between the two states, to avoid or limit an incursion by Los Salazar onto their turf in Chihuahua, Mendoza said.

The two groups engaged in a gunfight around 3:15 p.m. Tuesday — after the ambush — and authorities found a safe house and a burned vehicle, Mendoza said. Around 6:10 p.m., a dead man was found outside a funeral home, and another man injured by gunshot had arrived at a hospital in the city. 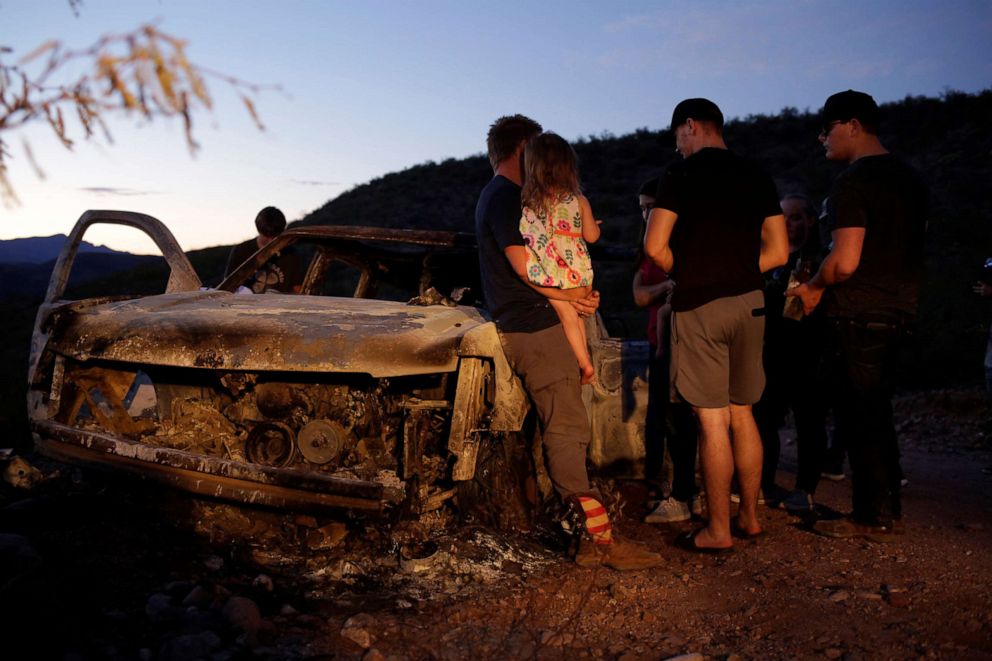 The family members killed were U.S. citizens but lived in a small Mormon community, called “La Mora,” nestled in the mountains of northeastern Sonora near the state limits with Chihuahua, according to a relative, Leah Staddon, who was born and raised in the same community but now lives in Arizona. She said her family, although American, has lived in Mexico for decades and they are all dual citizens.

On the morning of the attack, the family members left their settlement to drive to a wedding in Chihuahua, according to Staddon

The La Mora community, located in the town of Bavispe, is difficult to access, and the family was on a route they often use to run errands, according to another relative, Julian LeBaron.

The trip toward Janos would typically take about 2 hours and 20 minutes along the dirt road, Mendoza said. Four cars had initially been in the convoy, but one got a flat tire, which is why there were so many passengers between the three vehicles, Mendoza said.

The first attack occurred around 9:40 a.m., and the second assault around 11 a.m., Mendoza said. Both were ahead of the vehicle that was later found burned.

One of the vehicles they were traveling in, a Chevrolet Tahoe, was found burned with five charred bodies inside about a mile from the village of San Miguelito in Sonora, according to Claudia Indira Contreras Cordova, the attorney general for Sonora.

A white Chevrolet Suburban was located some 11 miles away with one woman and two children, who had been shot to death, Cordova told ABC News.

The third vehicle, also a white Chevrolet Suburban, was discovered about a mile away from the border between Sonora and Chihuahua. A woman was found shot dead some 50 feet away from the car, Cordova said.

Approximately 200 shell casings of .223- and 77 mm-caliber guns were found at the scenes, according to Cordova.

Rhonita Maria Miller, who was driving the Chevrolet Tahoe with her children in tow, was going to pick up her husband in the United States before heading to the wedding, according to LeBaron.

While there have been discrepancies from authorities on the number of passengers in each Suburban, LeBaron told ABC News that 13-year-old Devin Blake Langford was in the first one and survived the attack, along with six of his siblings. The boy, who was unharmed, hid his wounded brothers and sisters in the bushes, covering them with branches, and then walked about 14 miles back to La Mora to get help, according to LeBaron.

Meanwhile, 7-month-old Faith Marie Johnson was found alive in the second Suburban, LeBaron said. The baby was found unharmed in her car seat, which appeared to have been put on the floor of the car by her mother in an effort to protect her, according to LeBaron. 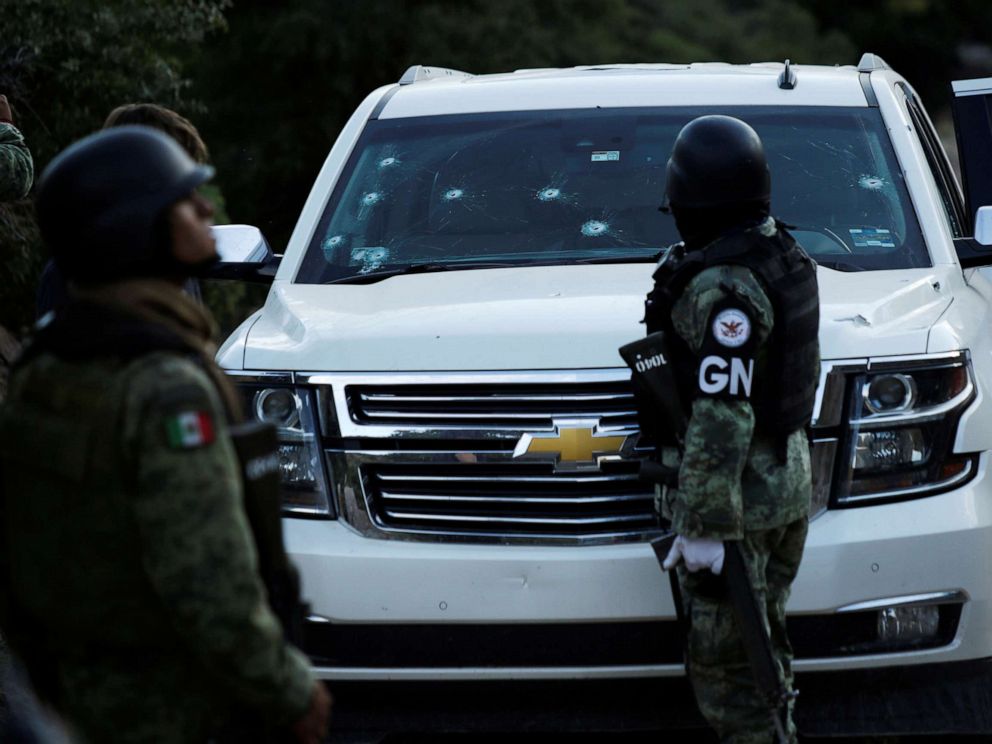 Five of the eight surviving children were transferred to a hospital in Arizona for treatment, with the help of the Mexican military, LeBaron said.

A spokesperson for the U.S. Department of State confirmed the deaths of the nine U.S. citizens and the injuries of five others to ABC News, stating that it condemns “this horrific act of violence.”

“We are closely monitoring local Mexican authorities’ investigation, and as President Trump and Secretary [of State Mike] Pompeo have stated, we offer to support this investigation,” the spokesperson said, adding that Trump spoke to Mexican President Andres Manuel Lopez Obrador on Tuesday, and the two leaders agreed that their countries will “cooperate closely to ensure the perpetrators face justice.”

“The Department of State has no higher priority than the safety and welfare of U.S. citizens abroad,” the spokesperson said. “When a U.S. citizen is missing or passes away overseas, we engage with local officials at multiple levels and provide all appropriate consular assistance.”

The FBI said it is in contact with Mexican law enforcement and has “offered assistance and stand ready to assist in the wake of this tragedy.”