Shocking pictures show the boy’s blue feet after both his legs were broken when two amateur midwives could not cope with the child in a breech position and initially failed to summon help.

In this disturbing case in Voronezh city, the baby was feet-first and the two women assisting at the birth ‘panicked’ and delayed before rushing the mother to hospital. 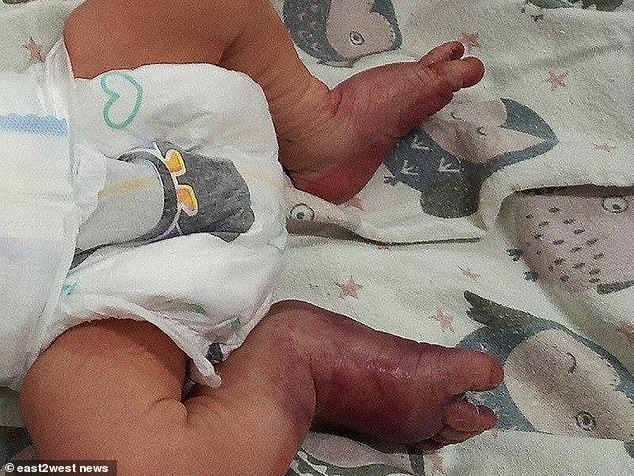 Russian doctors slammed the parents for hiring unqualified midwives for the home birth in Voronezh city, south Russia. The baby’s legs were broken when they were pulled 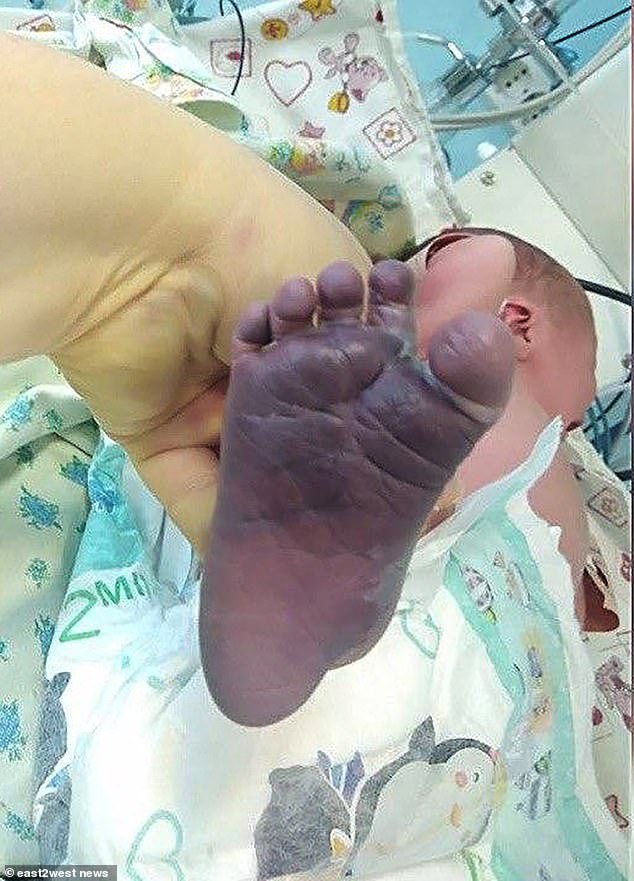 The baby’s feet have gone blue after his legs broke when they were pulled during birth. The child got stuck in the breech position as it exited 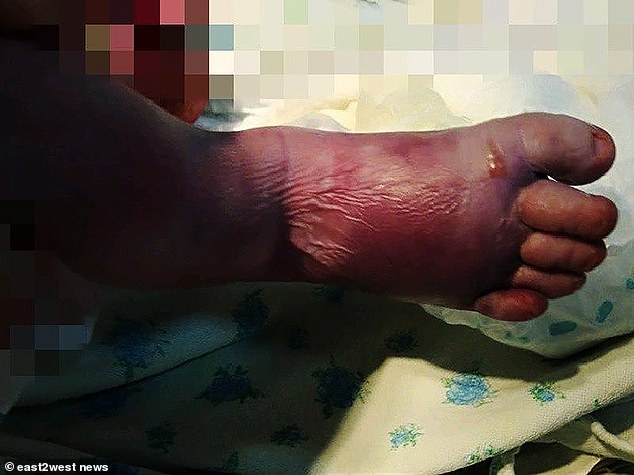 The unqualified midwives gave the mother a homeopathic remedy when there were problems with the birth, and avoided taking her to hospital until the last moment

They kept trying to yank the baby out by his leg and told the father – named Ivan Z – that they did not want to call an ambulance because they could face ‘criminal liability’ for acting as unqualified midwives.

Then as the birth became critical, the women forced the mother into the lift and bundled her into their car and drove her and her husband to a maternity hospital. By this time, two legs had come out, said the father.

Hospital spokeswoman Oksana Kozlova said medics faced a crisis but ‘saved the lives’ of the baby and mother through their prompt action.

‘He was born with fractures and other dangerous injuries that occurred because the mother decided to use the services of a private assistant in childbirth instead of going to the hospital,’ she said.

Olga Samofalova, chief gynaecologist in the region, warned: ‘It is surprising that often home births with pseudo-helpers are chosen not by unenlightened people, but by women with a higher education.’

These parents were ‘carried away by beautiful stories from social networks about show business stars’, she said. 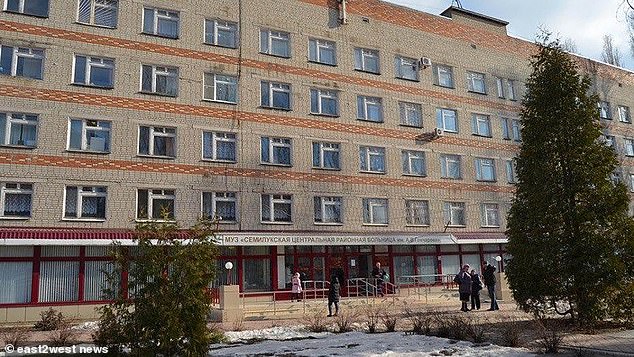 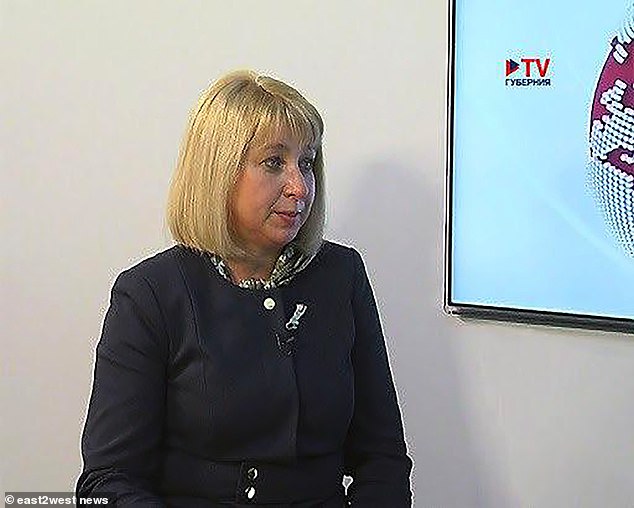 Olga Samofalova, chief gynaecologist in the region, warned against home births and said parents choosing them are often carried away by stories from ‘show business stars’

‘The reality shows the other side of this choice. After such a ‘natural’ birth, women end up with severe disabling injuries, massive bleeding, abscesses and necrosis, as a result of which they lose their health, and sometimes their unborn children.

‘Fortunately, in this case the doctors saved both the mother and baby. Now they are at home.

‘Treatment of the child continues. We wish them good health.’

The child suffered fractures in both legs and oxygen starvation – although he is now in a good condition.

The father said he had believed the midwives – named Valeria and Ekaterina – were qualified when they went to their home delivery classes.

It was known before that the baby was in a breech position and the mother had been given homeopathic remedies to help the baby turn, he said. 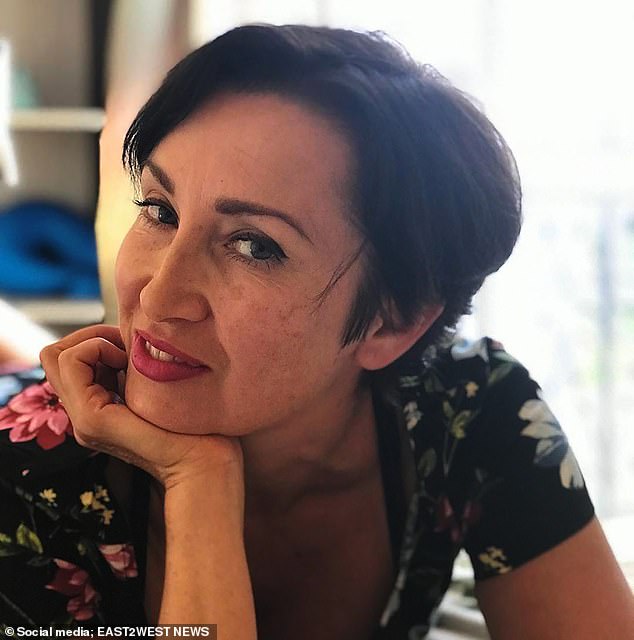 Hospital spokesman Oksana Kozilova said that staff were able to save both mother and baby’s life, despite the desperate situation, through prompt action

‘The baby didn’t turn, but until the last moment they believed that this would happen during the delivery,’ he said.

He admitted there were no doctors to consult.

‘Unfortunately, I had no-one to talk to about it,’ he said. ‘They were trying to correct the baby’s position. When the situation got worse, the midwives refused to call an ambulance.’

They were scared of becoming ‘criminally liable’ for offering a home delivery when they were not qualified, he said.

Despite this they later demanded the couple pay their home delivery service of almost £200.

He said he regretted trusting the amateur midwives.

‘Now all these midwives have disappeared, after I warned them that I have a filmed record of the last five hours of delivery,’ he said.

‘I am very grateful to the doctors of Semiluksky maternity hospital for saving two lives.’