DHAKA (Reuters) – Garment manufacturers in Bangladesh have agreed to raise workers’ pay, the commerce minister said on Sunday, urging people to return to work after a week of violent demonstrations. 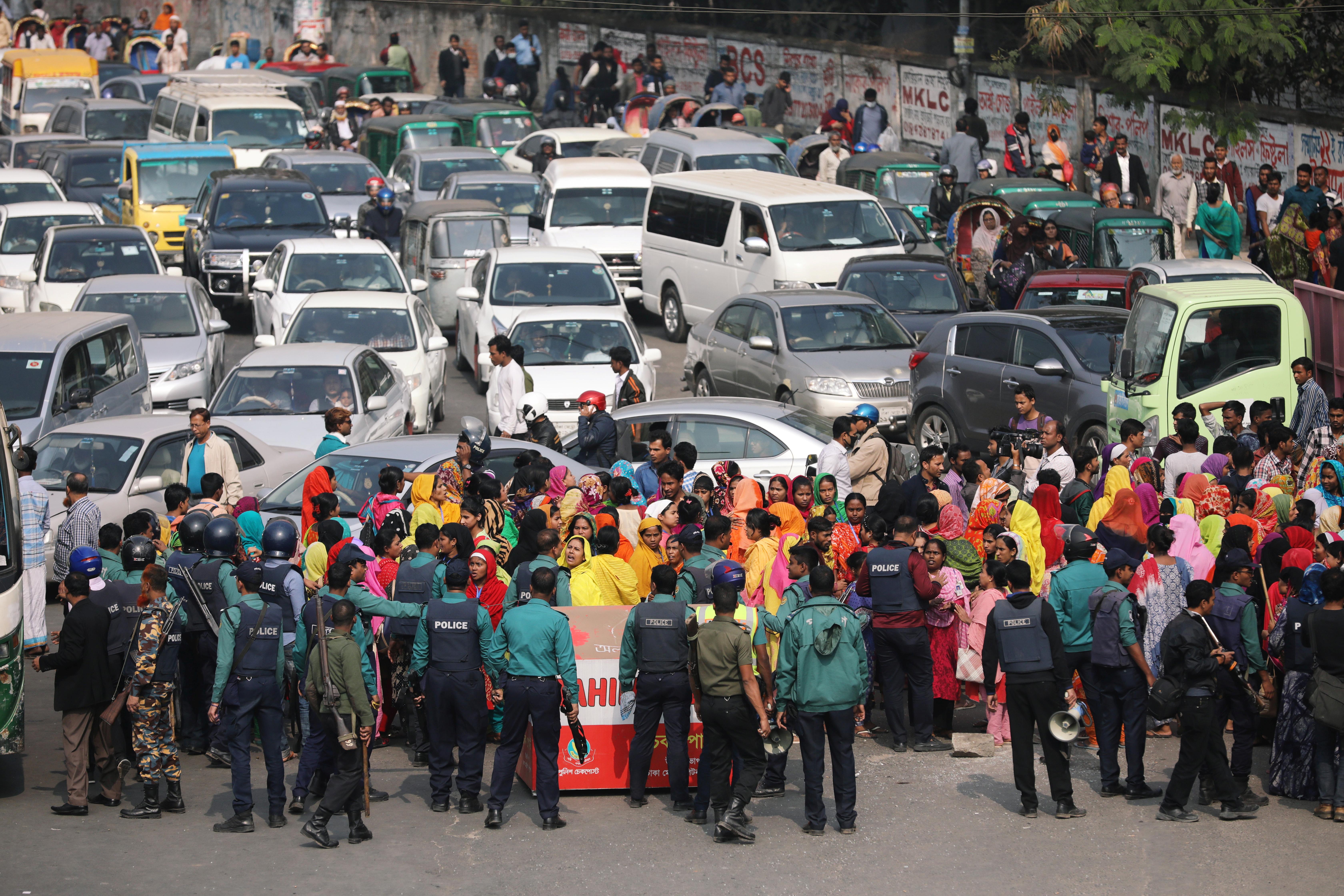 Last week at least one worker was killed and dozens wounded during protests over salaries, prompting the government to form a panel of factory owners, union leaders and government officials to investigate the pay demands. On Sunday at least 20 people were hurt at in further clashes between protesters and police outside Dhaka.

All parties involved agreed to raise wages across 6 of the 7 pay grades, leaving the minimum wages unchanged at 8,000 taka ($95), Commerce Minister Tipu Munshi told reporters after a meeting of the panel.

Low wages and trade deals with Western countries have made the sector a $30 billion industry accounting for 80 percent of Bangladesh’s exports, making Bangladesh the world’s second-biggest garment exporter behind China.

Earlier on Sunday, Siddiqur Rahman, president of the Bangladesh Garment Manufacturers and Exporters Association (BGMEA) had threatened to cut off workers’ pay if they did not return to work.

“If you don’t return to your work by tomorrow, you will not be paid any wages and we will shut down factories for an indefinite period,” he said. “Despite repeated assurance of meeting the demands, the workers are being incited to create unrest. We will not allow this anymore.”

The revised wages are effective from December and will be adjusted from January, Munshi said.

At least 20 people were hurt on Sunday when police used teargas and water cannons to disperse workers blocking a major highway in the Ashulia garment manufacturing belt, on the outskirts of the capital Dhaka, according to Saminur Rahman, a director for the Industrial Police, which patrols the country’s business hubs.

The protests are a test for the government of Prime Minister Sheikh Hasina, who just won a third straight term in a Dec. 30 election. The vote was marred by violence and allegations of widespread rigging and voter intimidation.

The government said in September that the minimum wage for garment workers would increase by up to 51 percent to 8,000 taka ($95) a month, payable in January, the first increase since 2013.

But union leaders say that increase will benefit only a small percentage of workers in the garment sector, which employs 4 million out of the country’s 165 million people.

“Most of the workers do not want vandalism. They want to work. They don’t want their factories are closed,” said Munshi, also a former president of the BGMEA.

“I hope they will join work peacefully,” the minister added.