BARACK and Michelle Obama got a frosty reception when they arrived at George Clooney’s Italian mansion after a plumbing disaster left the actor’s pool freezing. 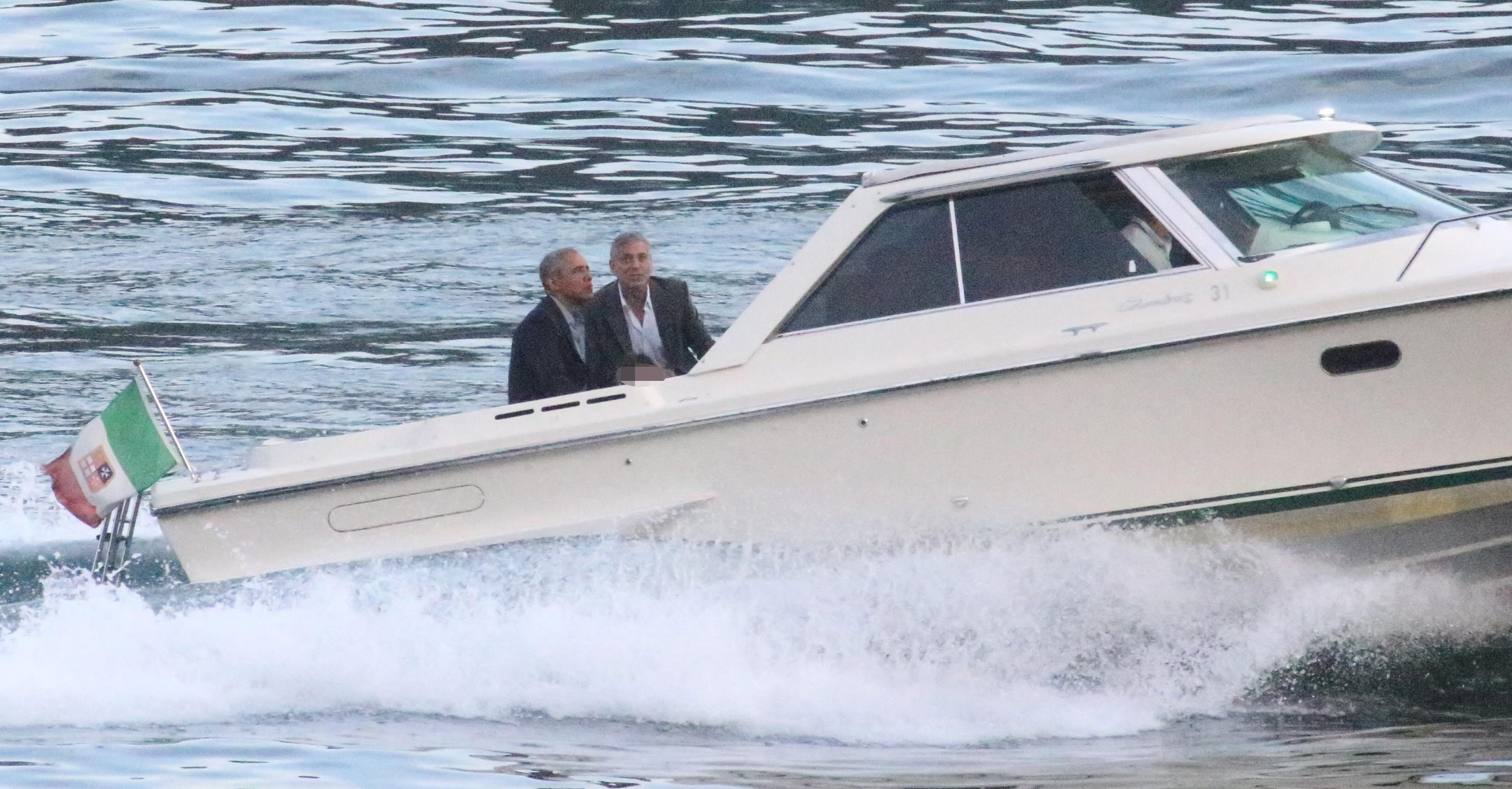 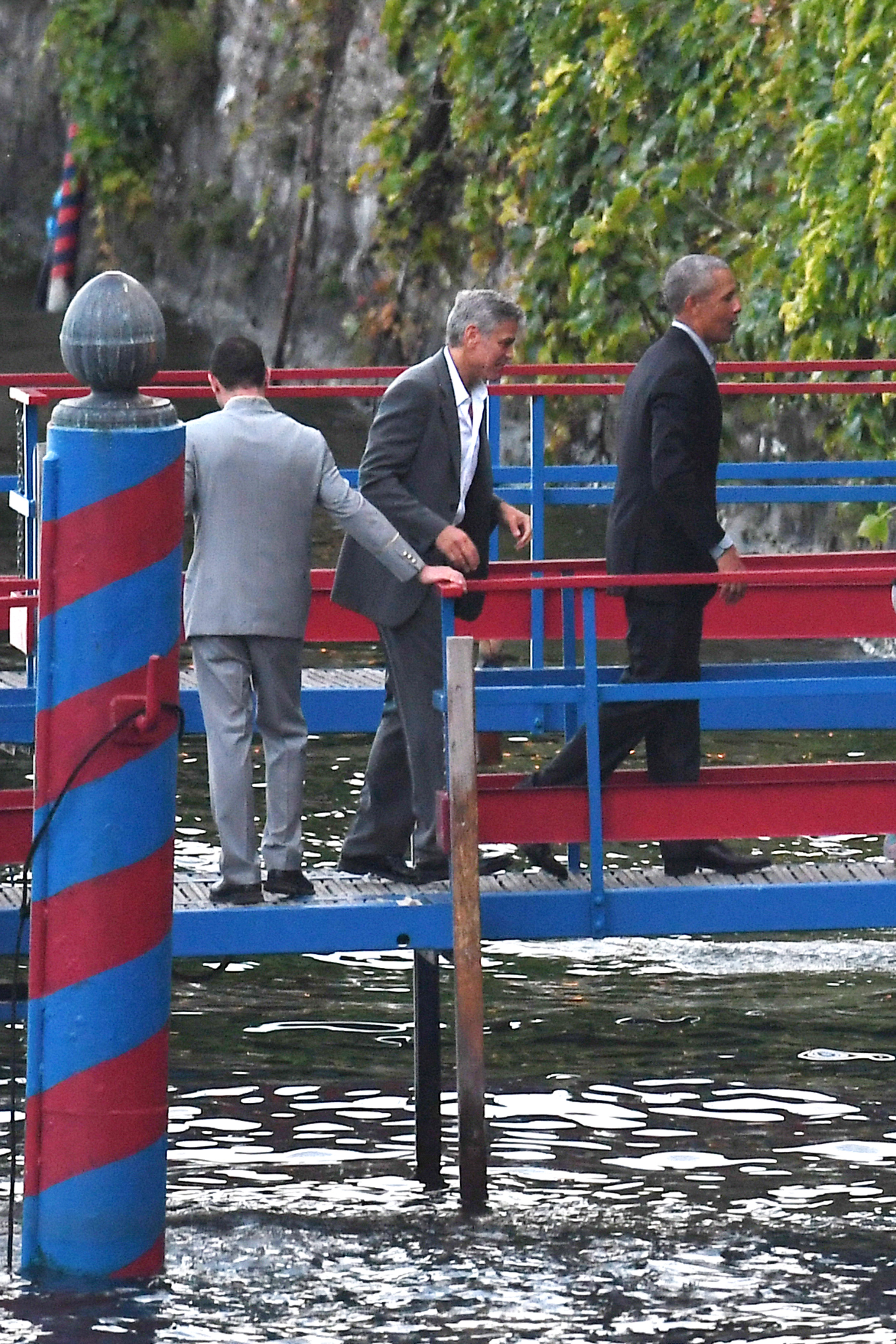 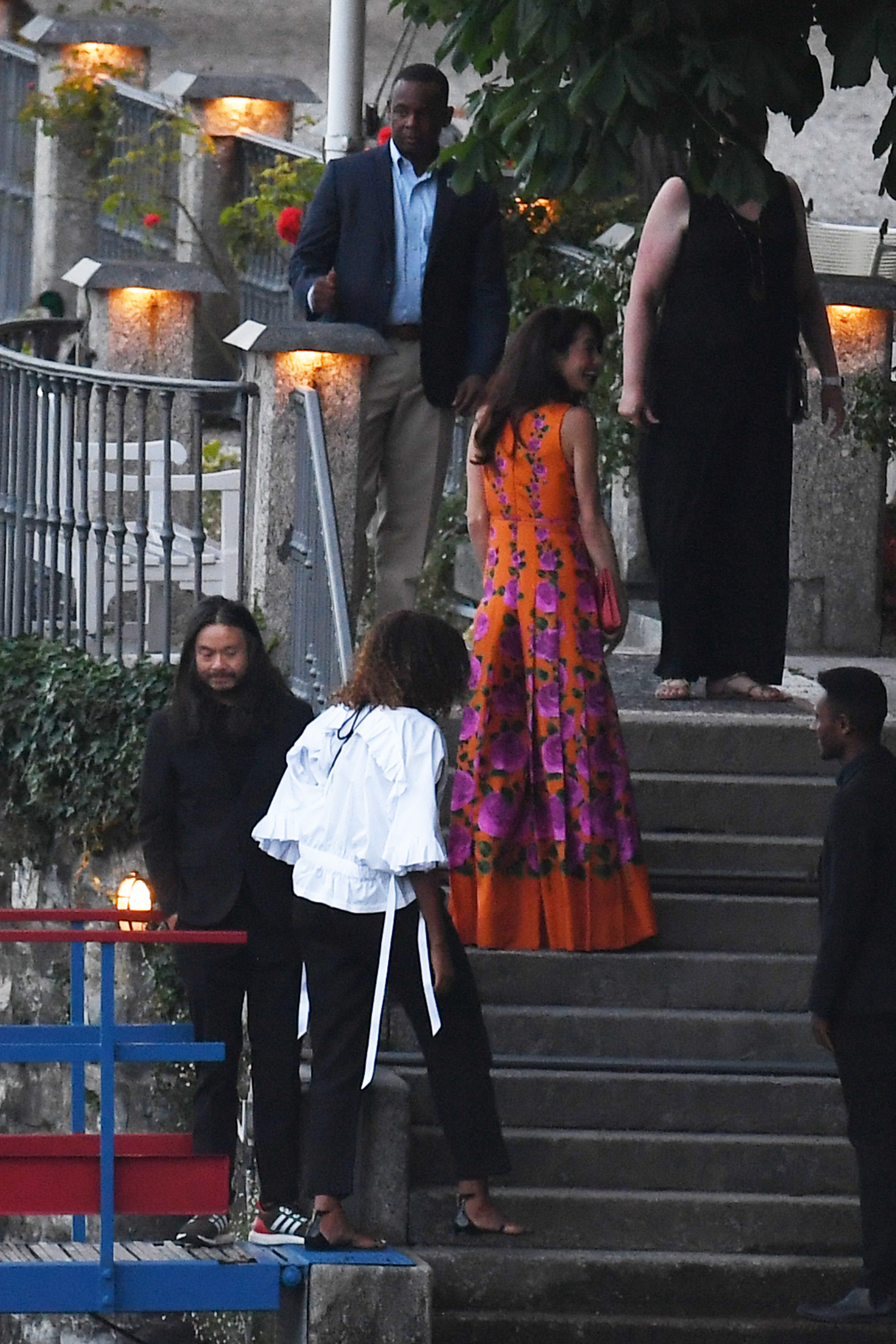 President Obama and his wife are having a European holiday this summer as they continue to settle into life outside the White House.

The Obamas and the Clooneys were likely off to attend a charity dinner for the latter’s foundation, according to Hollywood Life.

But all was not roses for the A-list couple’s on their joint getaway after plumbing problems plagued the pool.

The Obamas landed in a private jet in Milan, fresh from a visit to Bono's house in the south of France, and drove to Lake Como in an armoured car motorcade with a separate van for luggage, six police cars, and a helicopter overhead.

Just before the VIPs arrived, George noticed the pool was half full and the water was ice cold.

The Catch 22 star asked his bodyguard Giovanni to call Dante Pennè, the local Lake Como plumber to sort out the problem.

Pennè told the Corriere Della Sera newspaper that when he arrived at the Clooney home, things were out of hand. 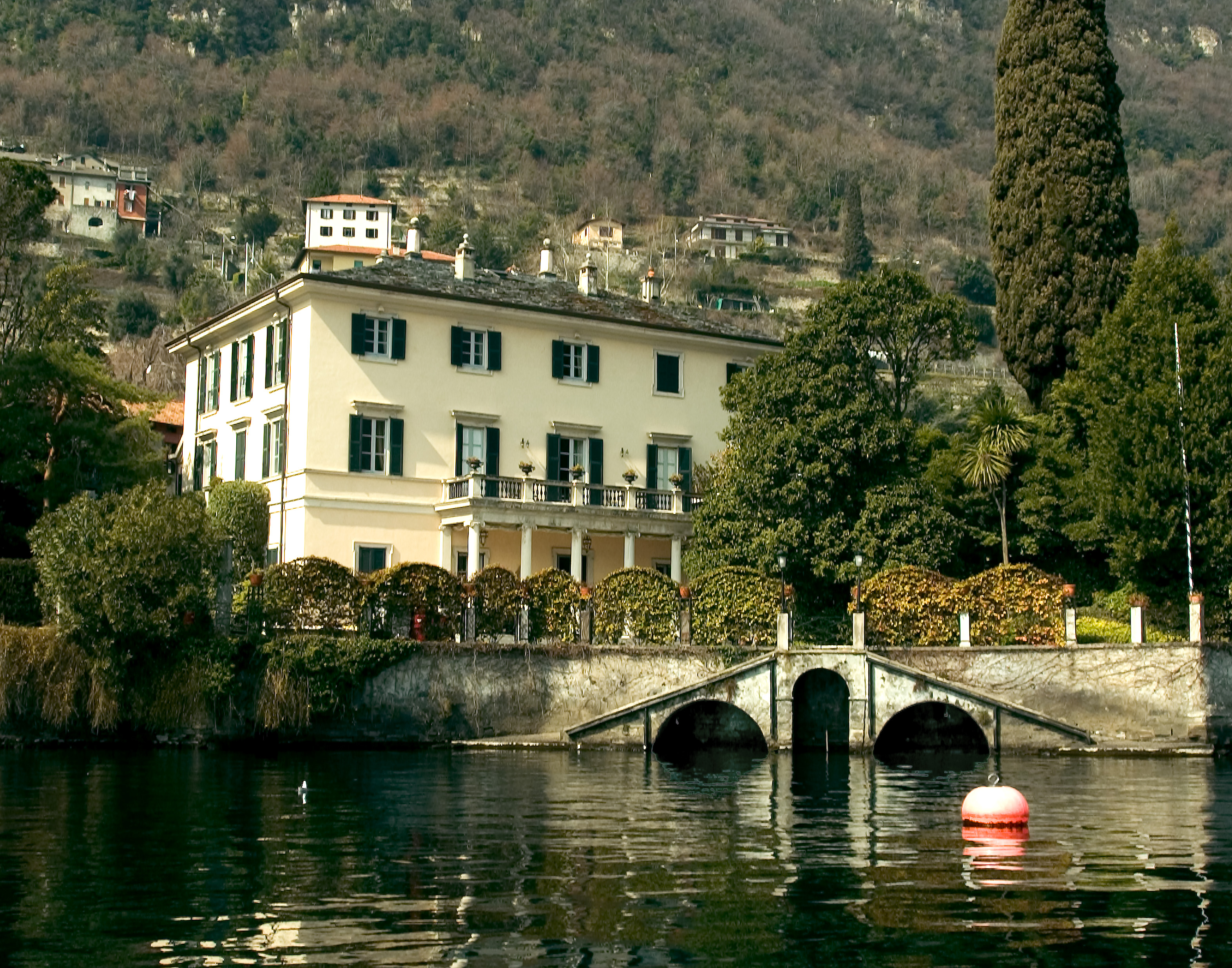 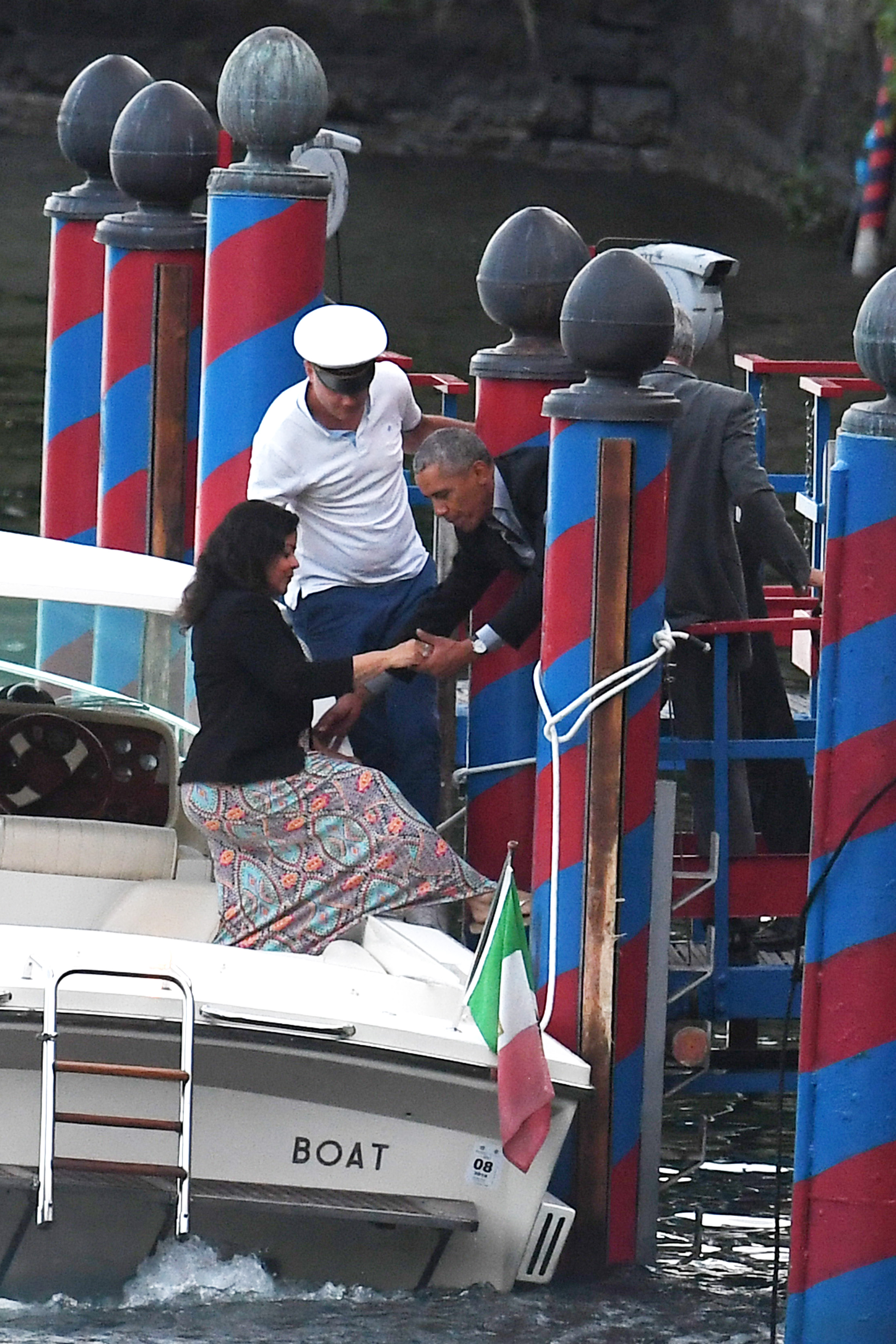 He said: “What a race, I arrive and they are all upset. Giovanni says to me: hurry up, hurry up!”

Pennè said he was able to sort out the thermometer and drain within a few minutes, to the delight of his Hollywood employer.

Barack and Michelle were also joined by their daughters, Malia, 20, and 18-year-old Sasha on their trip.

The Obamas and the Clooneys have been close ever since Barack took the White House in 2008.

The former ER star is an ardent Democrat and was one of Obama’s highest profile supporters during his two terms in office.

Clooney hosted a record breaking fundraising dinner for the then President in 2012 during his re-election campaign at one of his other mansions in Los Angeles.

At the event about 150 guests, including Barbra Streisand, Tobey Maguire and Jack Black, raised nearly £10 million for the Obama war chest.

But despite his clear interest in politics the actor ruled out ever running for office earlier this year saying in May: "I am not going to get into politics. It doesn't seem like a very logical place for me to be able to apply what skills I have.

“I don't have to make compromises for the things that I stand for and the things I believe in like politicians do. So it is not something that interests me.” 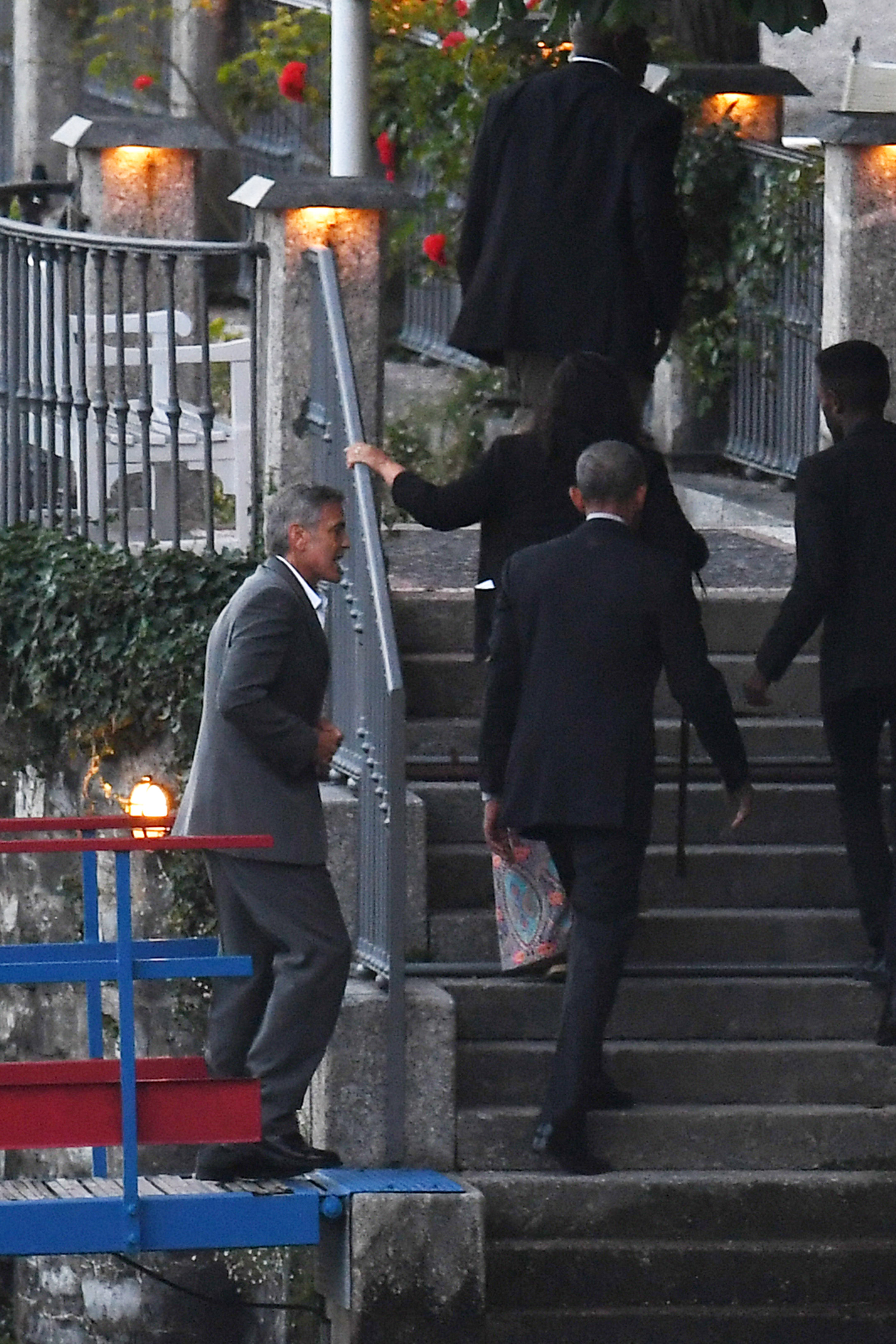 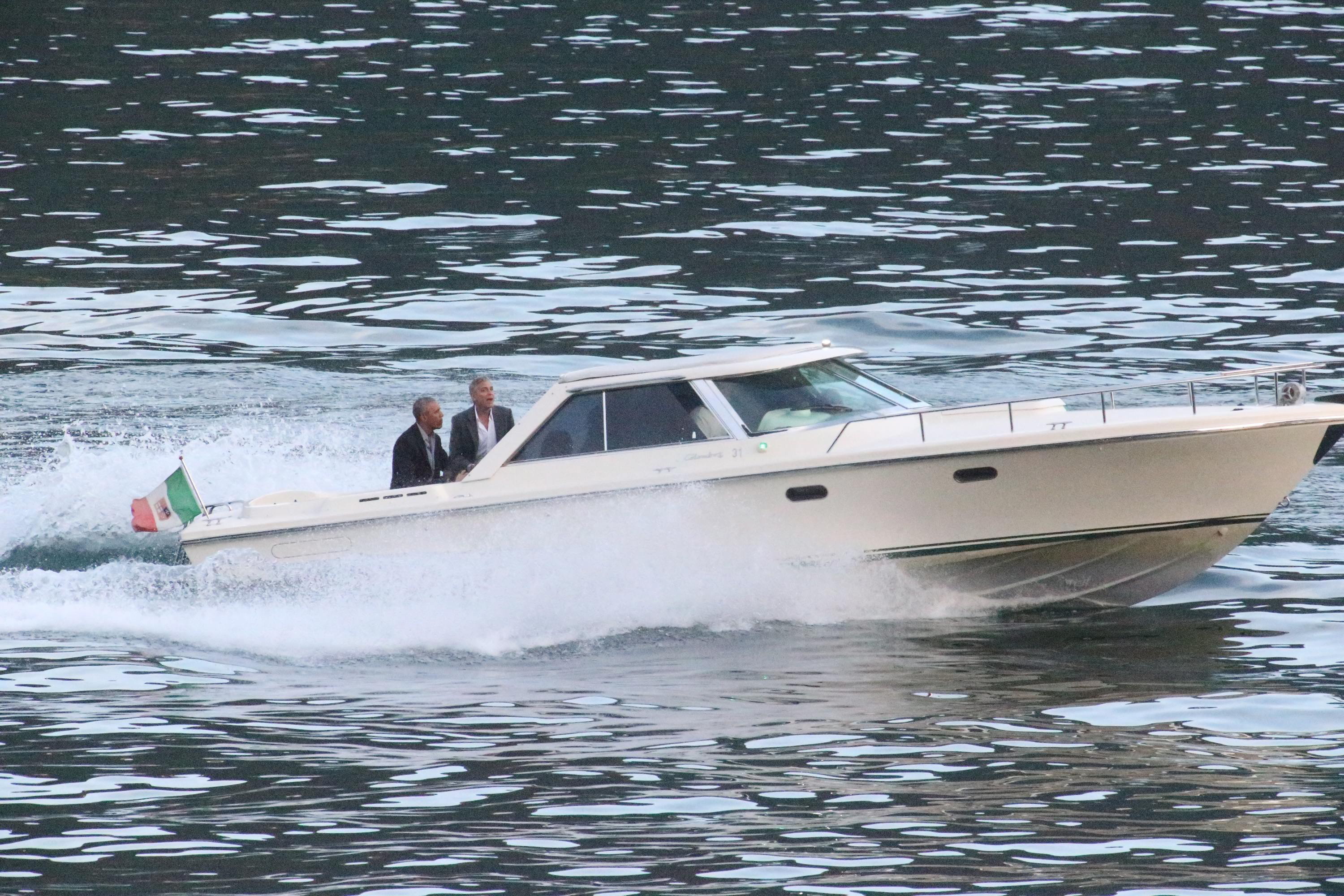