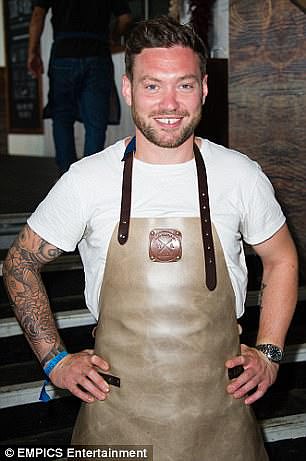 A celebrity chef who stars alongside Mary Berry in a BBC series was banned from his own restaurant after he was accused of demanding oral sex from a junior female colleague and sexually harassing other workers.

Dan Doherty, 33, opened the Royal Oak restaurant in Marylebone, London last summer and also appears as a judge on Britain’s Best Home Cook on BBC One, the show that was made to replace the Great British Bake Off.

He left the gastropub last November after being accused of creating a culture of harrassment, with an external firm investigating the claims.

Last month, Doherty was forced to apologise in front of staff in a meeting, after being found guilty of misconduct.

Female bar and kitchen staff were asked during the investigation about claims that Doherty demanded oral sex and told them that he wanted to see them without their kitchen whites on.

According to the Sunday Times, Doherty said at the meeting: ‘I am sorry for causing any distress’.

He has now been moved from his role as head chef to executive chef which means that, while he’s back at work and still in charge of the menu, he will not run the kitchen or deal with junior staff on a daily basis.

Women were told they could leave with ‘no questions asked’ following the investigation into Doherty, though this was later denied by the company.

The source who denied the claim also insisted that Doherty’s new role was not created with the intention of limiting his interaction with female staff.

Doherty released a statement about the claims last night: ‘I would never intentionally make offensive comments to anyone I work with, female or male.

‘I have apologised to the whole team for any offence I may have inadvertently caused. It would never be my intention.’

He recently announced plans to open a new restaurant in New York and will also appear in a new series of Britain’s Best Home Cook with Berry and Claudia Winkleman. 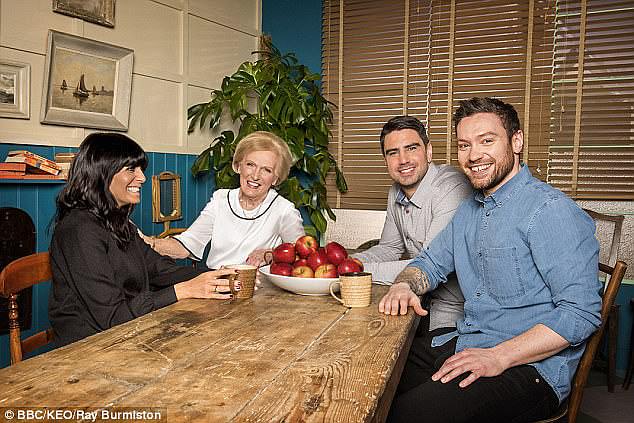 He appears as a judge on Britain’s Best Home Cook on BBC One, the show that was made to replace the Great British Bake Off

In the past, Doherty was forced to apologise for making homophobic comments online, where he told one fan ‘don’t be gay’.

However, he is also co-founder of Chefs of Tomorrow, a group promoting young talent in the industry.

He also runs events for women to ‘get together and discuss the unique pressures of this industry and how that may affect them’.

Doherty has also spoken out about women’s issues in the industry.

Private firm HR180, based in Yorkshire, wrote to staff as they investigated the claims about Doherty.

They wrote: ‘An issue of alleged inappropriate communication with members of staff working at The Royal Oak … has recently come to our attention.

‘The incident could constitute misconduct, which may lead to the company taking disciplinary action. We ask you to bear with us whilst we conduct our investigations and reiterate that all parties are presumed innocent of any possible charges unless evidence determines otherwise.

‘We reserve the right to change or add to these allegations as appropriate and in light of the results of our investigation.’

Urban Inns Limited, the company that runs the Royal Oak, said: ‘We take allegations of misconduct in any form very seriously and we used an independent HR company to thoroughly investigate some suggestions of inappropriate communications.

‘Urban Inns Limited has acted, and continues to do so, on these recommendations, following which Dan returned to work.’