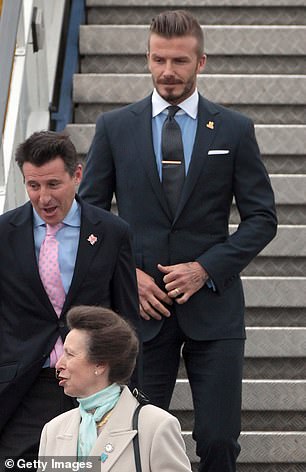 David Beckham has faced criticism after it emerged he took 30 long-haul flights last year while campaigning against climate change.

The former England captain flew seven times between Britain and Miami, twice from the UK to Beijing, as well as to California and Jakarta.

It comes after the ex-Manchester United star fronted campaigns by the World Wildlife Fund, as well as threw his weight behind Sir David Attenborough’s latest climate change project Our Planet.

He was joined by son Brooklyn, 20, at the Netflix series premiere at the Natural History Museum in London last month. 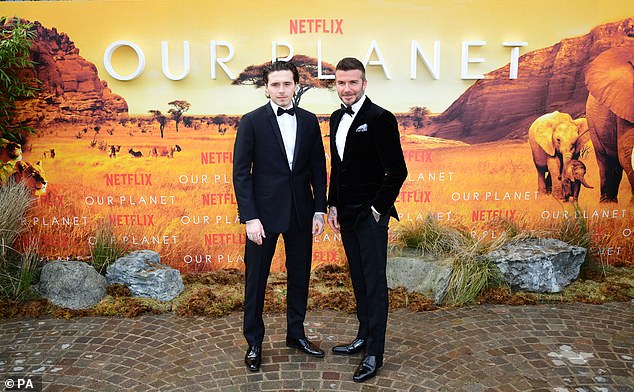 The former football star, 43, and his eldest son Brooklyn, 20, wore matching tuxedos to the Netflix premiere of David Attenborough’s latest project Our Planet 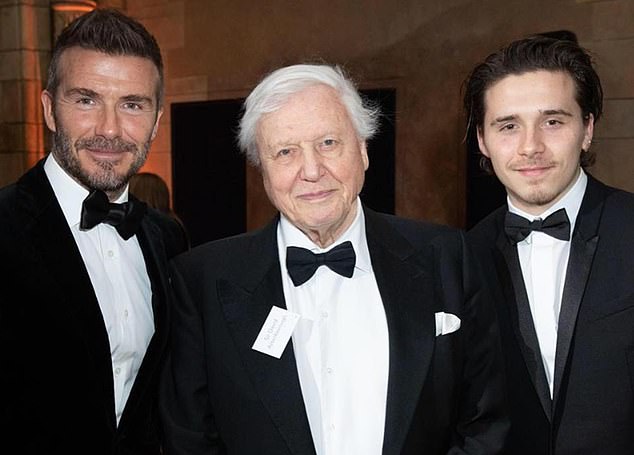 Beckham splits his time between a house in New York as well as a £31.5million mansion in Holland Park, west London.

He was at Wembley in north London yesterday to watch Salford City – a team he joint owns with Gary and Phil Neville, Paul Scholes, Nicky Butt and Ryan Giggs – get promoted to the Football League for the first time.

MailOnline has contacted a representative for Beckham for comment. 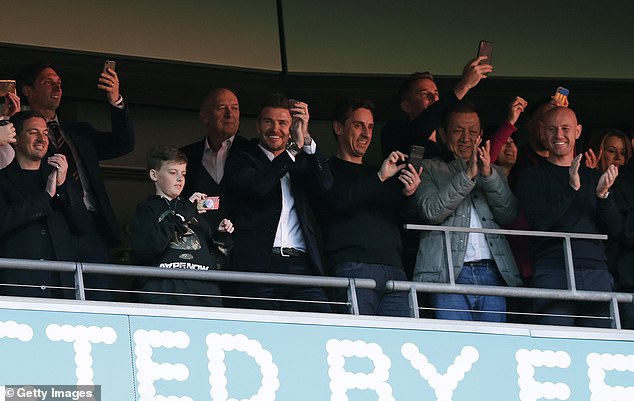 Beckham was at Wembley, north London, yesterday to watch Salford City – a team he joint owns with Gary and Phil Neville, Paul Scholes, Nicky Butt and Ryan Giggs – get promoted to the Football League for the first time

The retired footballer is not the only celebrity to have flown consistently in 2018 while speaking out for a greener planet.

Harry Potter actress Emma Watson is understood to have flown to the US frequently last year. 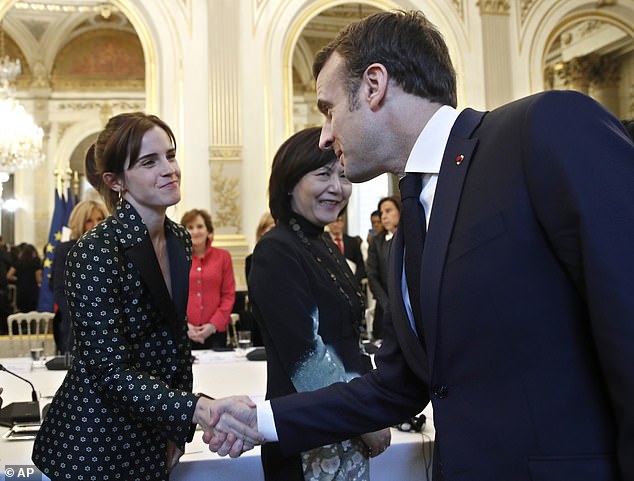 Emma Watson at the first meeting for the G7 (Group of Seven) Advisory Council For Gender Equality with French President Emmanuel Macron. She has also spoken out against climate change in the past

But Professor of Energy and Climate Change Kevin Anderson told the Sun On Sunday: ‘They have got to lead by example.’

Polling for the Business and Energy Department (Beis) found four-fifths of people are now fairly or very concerned about climate change, the highest level since the regular survey began in 2012. 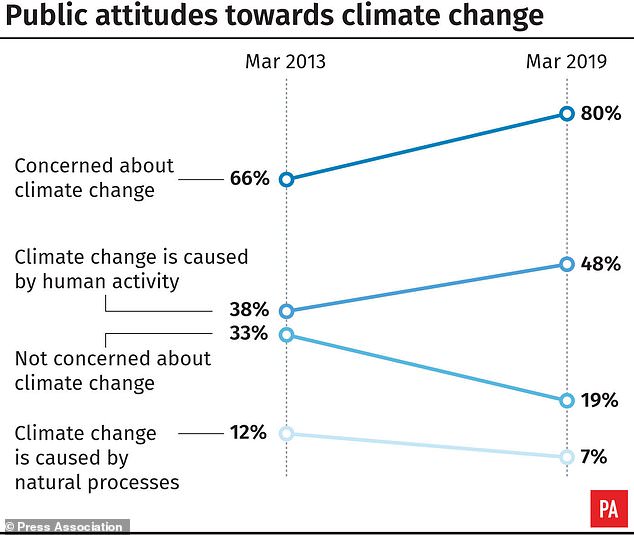 In the letter, 125 actors, writers, musicians, politicians, faith leaders and campaigners urged governments to declare a climate emergency and dramatically speed up emissions reductions ‘for the sake of our children and the planet’.

TV presenter Lineker said: ‘The climate crisis is an issue for all parents – no matter what we do, or where we live.

‘Together we need show politicians that this is something we care about, and an issue we will judge them on.’

Yet he too has come under scrutiny for his carbon footprint.

In the past he has posted pictures flying business-class to Russia when Terry Butcher had to settle for economy.

Lineker would have caused 670kg of CO2, whereas Butcher would only have created 420kg.