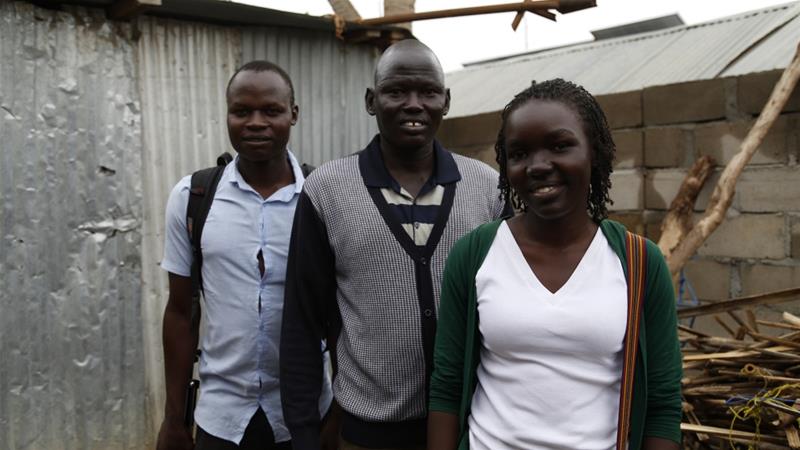 Ray Okech, 33, has gotten into trouble many times for doing his job as a journalist in South Sudan.

Not one to shy away from covering political, human rights or corruption stories, Okech has been arrested more than four times while on duty.

“I was also threatened by security officials and beaten up, just because they don’t understand how media operates,” said Okech.

Like many other journalists in the country, Okech did not plan to work in the media.

Unable to get a place on the agriculture business programme at the university in Juba, Okech sought alternatives and came across a year-long course in broadcast journalism offered by an American NGO.

Excelling at the course landed him a full-time position at Eye Radio station in Juba in 2011, the year South Sudan declared independence from Sudan and just two years before the world’s youngest country became embroiled in a civil war.

“When the war started, things got very difficult,” recalled Okech. “The security situation deteriorated quickly. It became dangerous to travel around the country.”

The murder of South Sudanese reporter Peter Moi in 2015 was another blow to journalists in the country. Ray used to work with him and cover stories together.

“I saw him just 15 minutes before he was shot dead. He told me he was afraid, he said he was being threatened while doing a story. He told me he didn’t want to cover politics any more.”

According to Reporters Without Borders, at least 10 journalists have been killed in the country since 2011.

South Sudan is ranked 144th out of 180 countries on the World Press Freedom Index. It is a one-place improvement from last year.

“We have seen some changes. According to our media partners, there has been a lot less harassment of journalists at the hands of security authorities,” said Laura Bain, team leader for Journalists for Human Rights in South Sudan.

“The editor-in-chief at the Juba Monitor (an independent English language daily), Anna Nimiriano, recently said that in the last year she could only think of two incidents of censorship at the newspaper.”

Misconceptions about journalism in the country extend beyond the authorities.

“When you use your camera, they consider this as a weapon and journalists as enemies,” said Maura Ajak, a 29-year-old reporter at Catholic Radio Network.

“People are still traumatised from what happened during the war. They fear answering even the most simple questions because they are afraid to get into politics and, subsequently, get arrested.”

Ajak did not plan to become a journalist either. She had to stop her dentistry studies at university due to financial issues. Because of her language skills, Maura decided to try her luck in journalism.

“I’ve learned how to live through hardship and find good stories even when everything seems bad,” said Ajak, who reports on child soldiers, refugees, and rape survivors.

“It takes time and is exhausting. But it’s important to be close to them, see the reality and tell people the truth instead of rumours.”

In addition to all the other challenges, journalism in the country is not a well-paid profession. Majority of the journalists barely make enough to look after themselves and their families. In addition, there are travel costs for reporting and also buying equipment.

Ajak usually earns around $120 a month, unless she gets additional funds from her work with foreign media. She also has to provide for her six-year-old daughter, who lives abroad with her grandmother.

Ajak has not seen her daughter for more than two years. 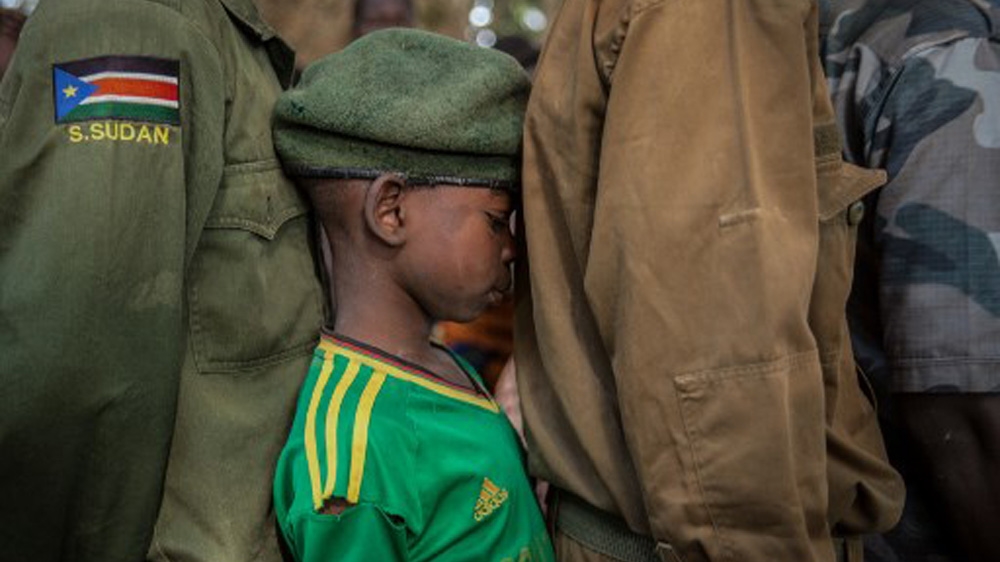 “It’s the best decision for now,” she said.

Sending children and families out of the country, especially to neighbouring Sudan and Uganda, is common due to a lack of quality education and security in South Sudan.

Okecha sent his wife and two children abroad in 2016 due to the security situation. This October, he decided to leave his job at the radio station and join his family for some time, as his recent story made him worried for his safety again.

Ajak does not plan to leave South Sudan anytime soon and considers conferences and training abroad as her short breaks outside the country.

“My future is here,” she said. “I feel it’s my role to do something positive for my country that will be a legacy for next generations. I hope each day something good can happen.”

“We Shall Have Peace” is a documentary produced by Contrast VR, Al Jazeera’s immersive media studio, that explores South Sudan through the lens of trauma and healing.