COPS were attacked and a car was set on fire in an eighth night of violence in Belfast.

Leaders in Northern Ireland have called for calm after violence erupted again last night at Tiger Bay, a loyalist area in north Belfast with riot vans and police dogs in tow. 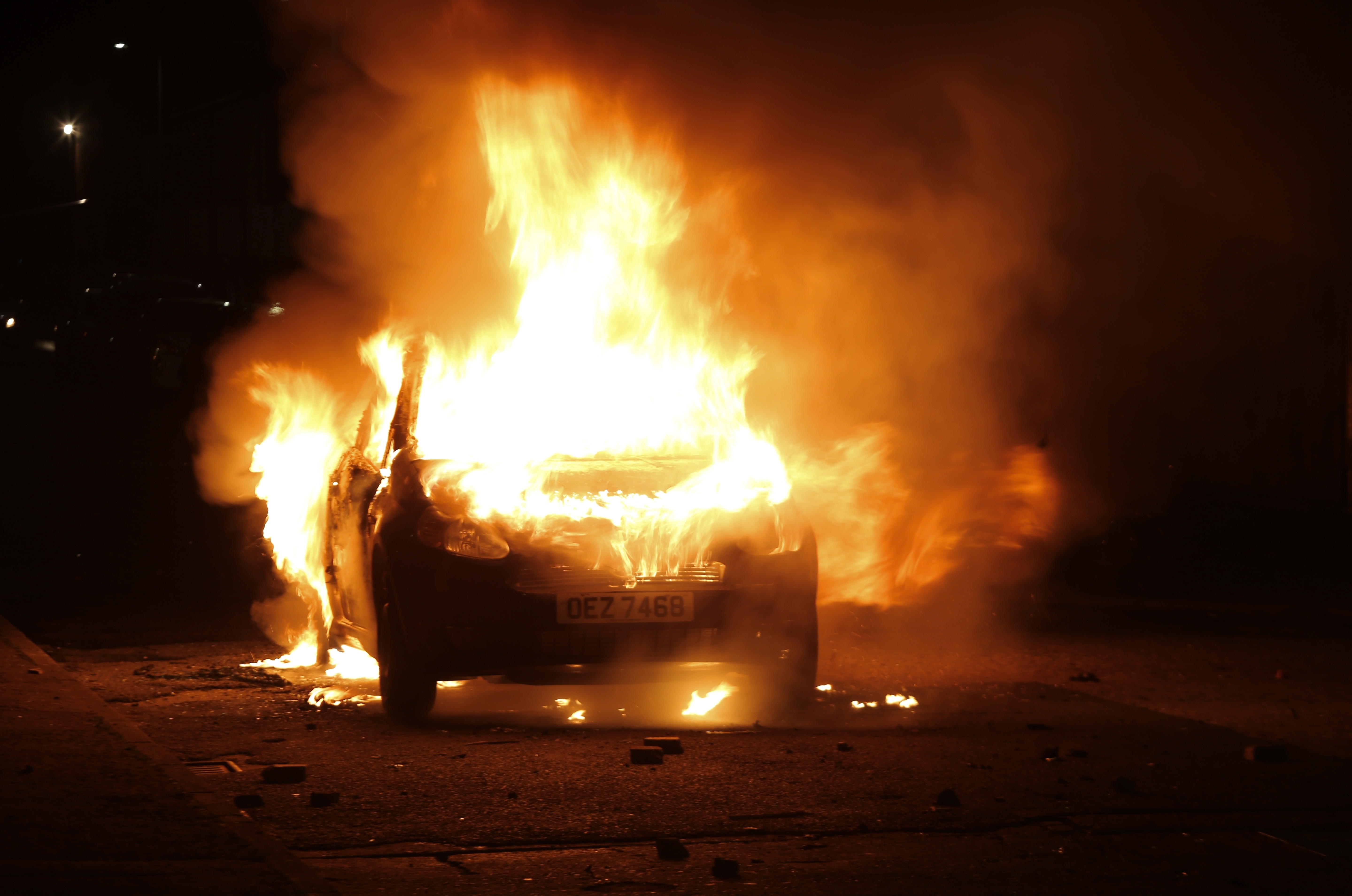 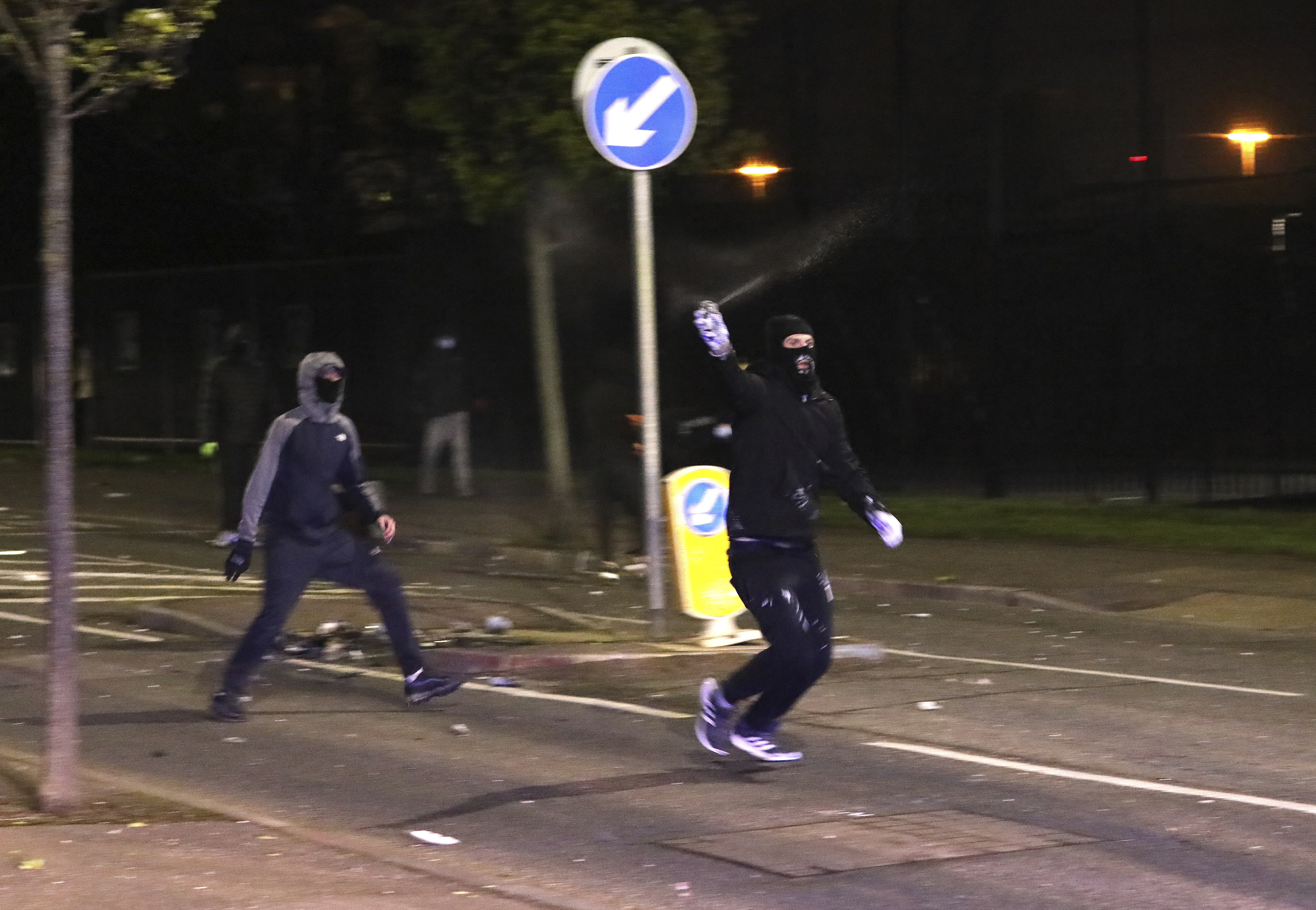 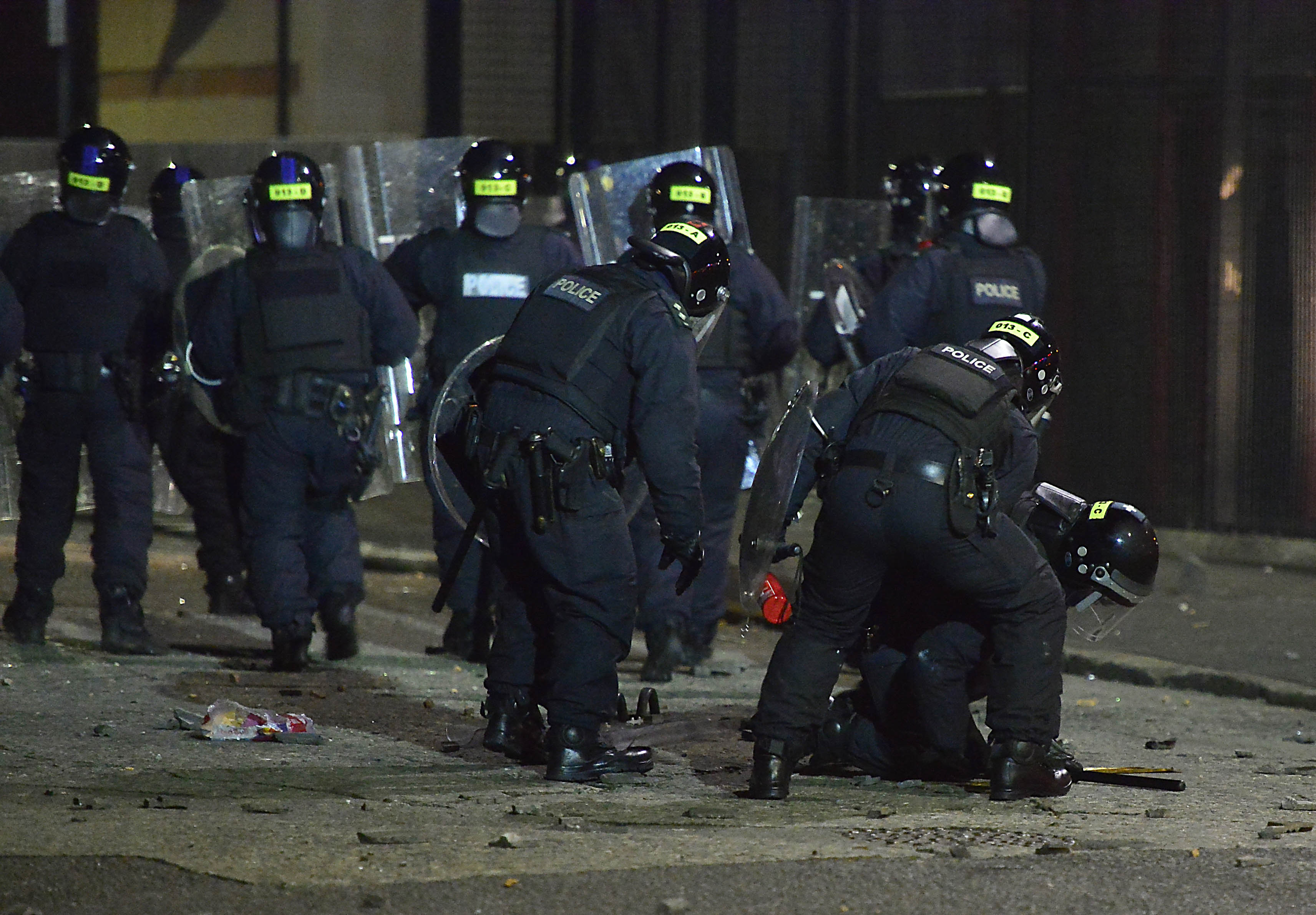 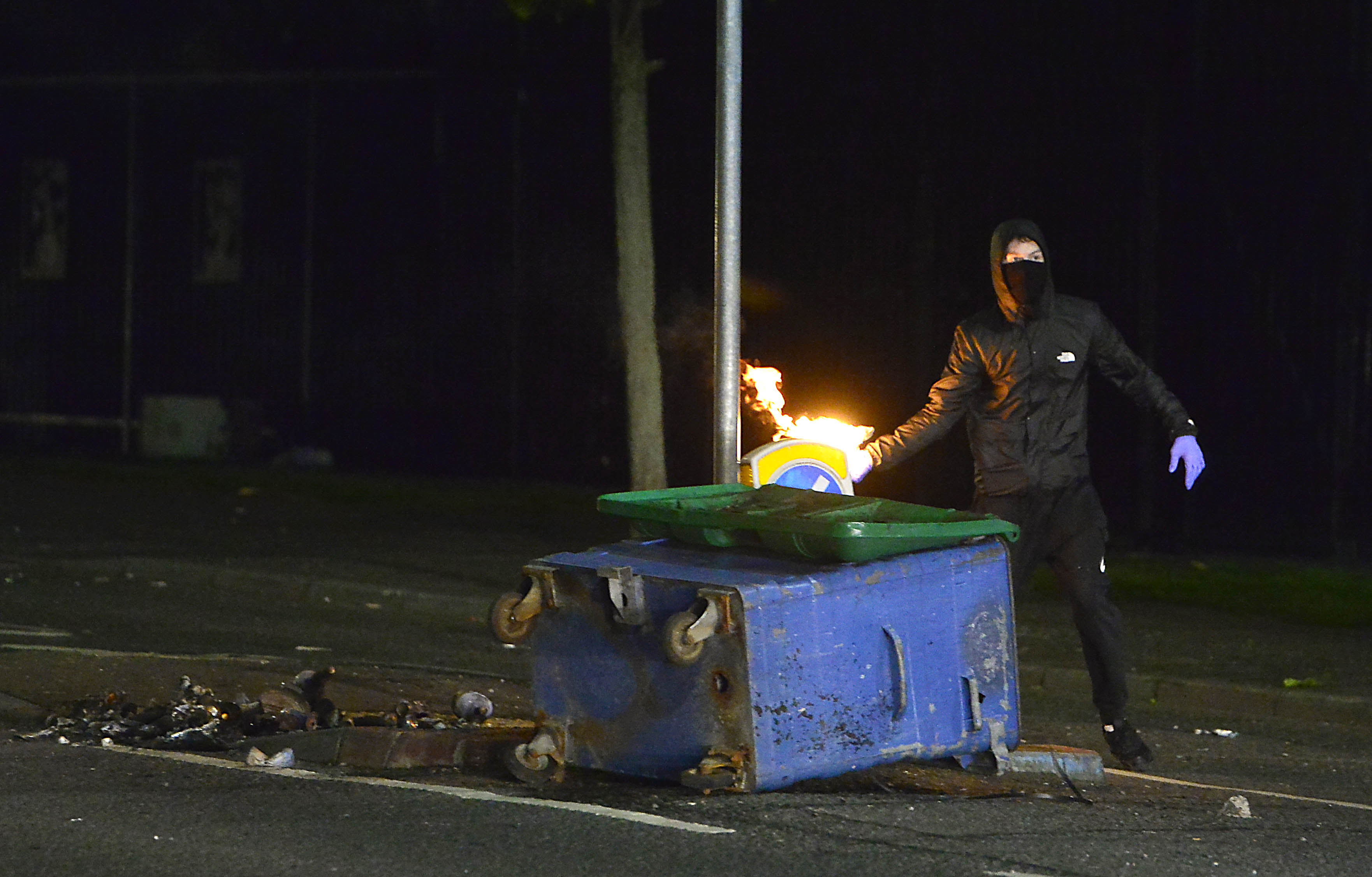 Some officers came under attack, with missiles such as stones and bottles thrown at them, and reports of petrol bombs being used.

A heavy police presence remained in the area overnight, with reports that stones were also thrown at cops in the nearby, nationalist area New Lodge.

An eye witness said: "The worst thing I saw was a car that was stolen from a nearby street and lit on fire.

"Then someone drove it and jumped out allowing the car to free wheel into the police barricade.

"There was plans for protests across the city but they were called off due to Prince Philip's death.

"However it seemed a crowd gathered at Tiger Bay and then trouble ensued. Youths were seen to been thrown masonry and petrol bombs."

PSNI Chief Superintendent Muir Clarke said: "We would appeal for calm in the area and ask anyone who has any influence in communities, please use that influence to ensure young people do not get caught up in criminality and that they are kept safe and away from harm tonight." 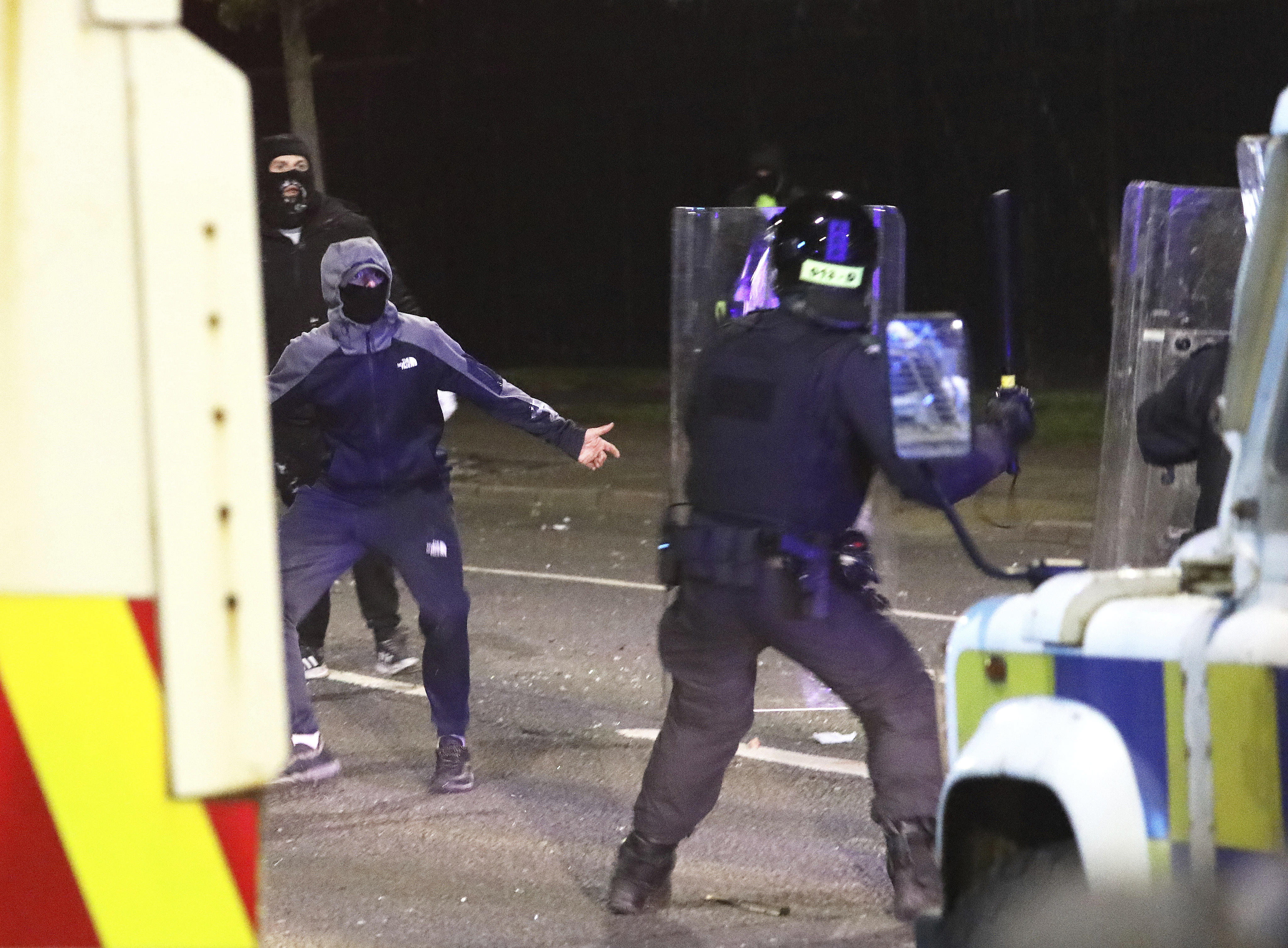 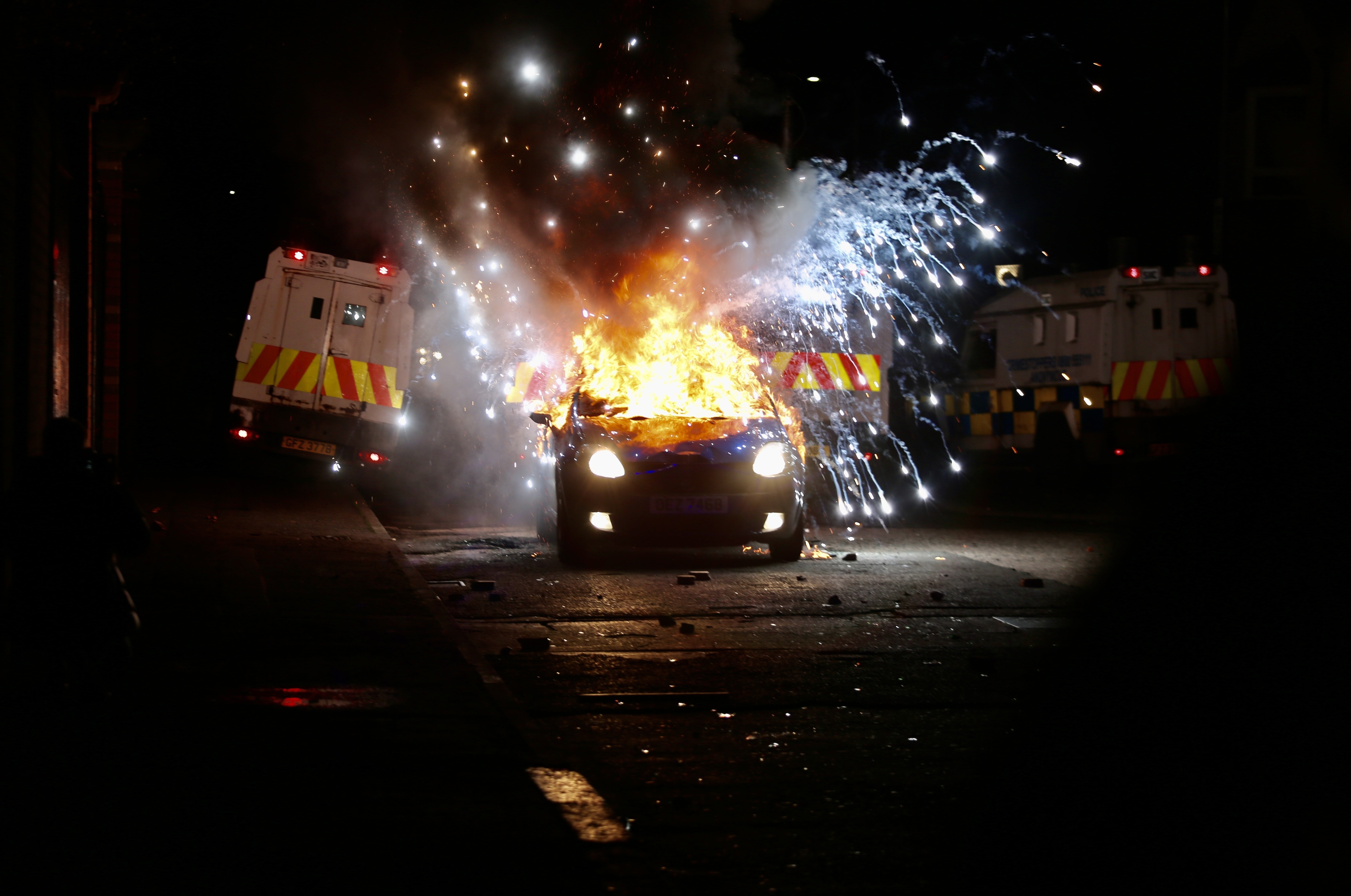 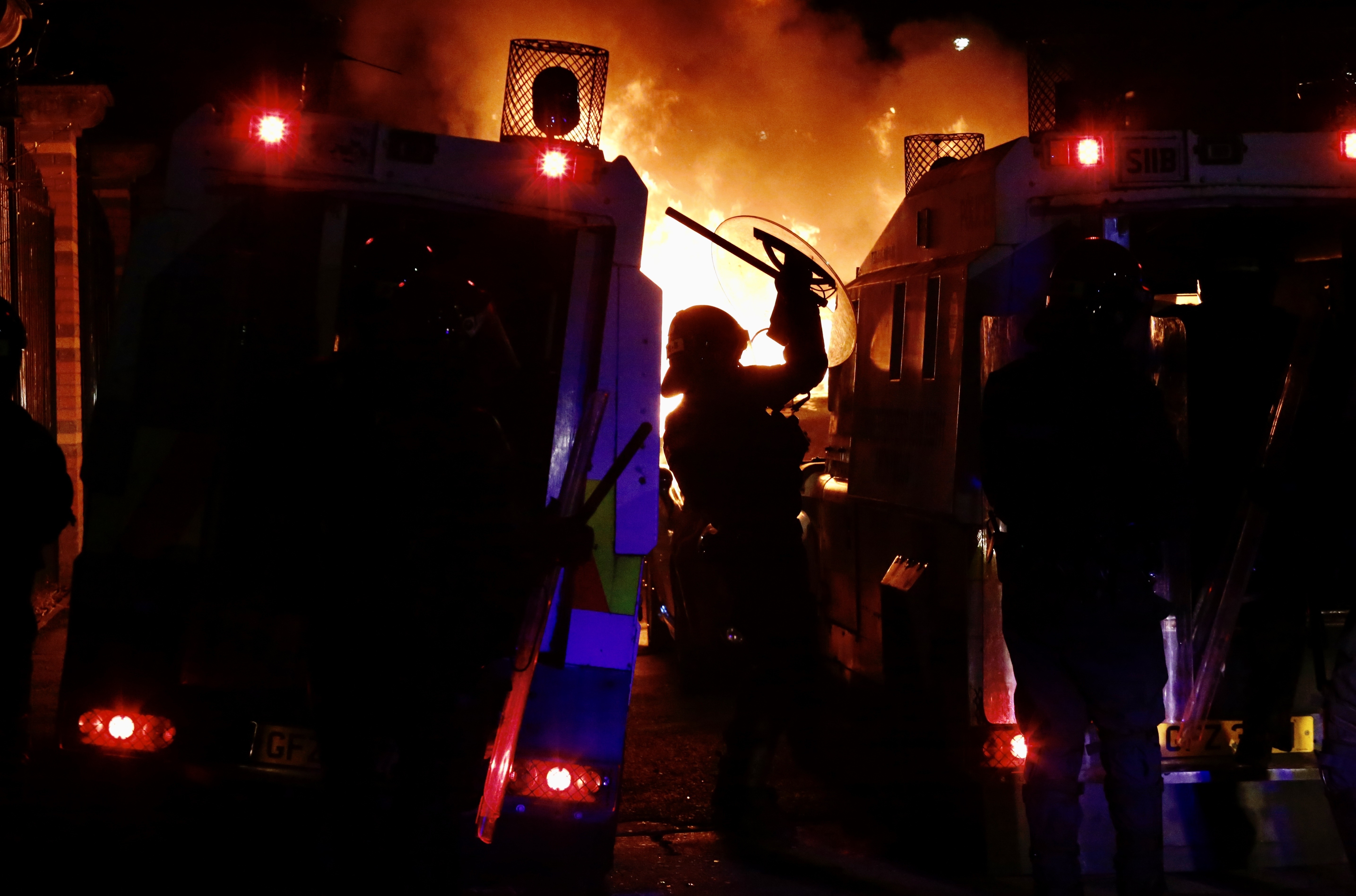 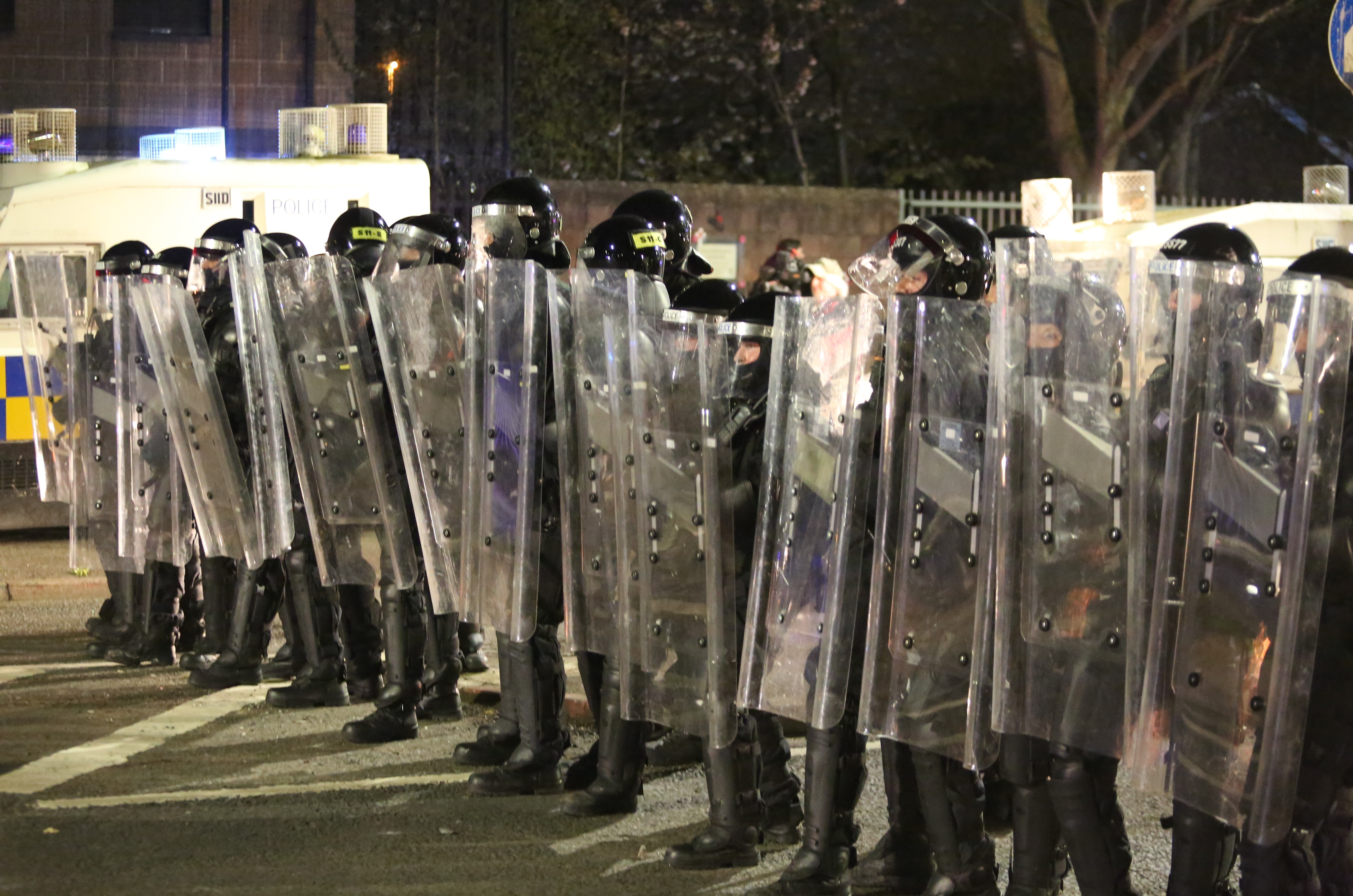 It came despite loyalist leaders urging the community not to participate in protests last night following the death of the Duke of Edinburgh.

Signs posted in Lanark Way, the scene of much of the unrest of recent days, read: "We would ask all PUL (Protestant, Unionist, Loyalist) protests are postponed as a mark of respect to the Queen and the Royal Family.

"The continued opposition to the NI protocol and all other injustices against the PUL community will take place again after the period of mourning."

Belfast has been rocked by violent scenes this week amid tensions over the Northern Ireland protocol, which has seen a trade border imposed in the Irish Sea.

Unionists are also furious after authorities chose not to prosecute nationalist Sinn Fein leaders for attending a large funeral last year of a former paramilitary leader in breach of Covid restrictions.

Yesterday, rioters were blasted with water cannons after fireworks were and petrol bombs were hurled at police.

Prime Minister Boris Johnson and Taoiseach Micheal Martin made a joint call for calm after days of unrest in mainly loyalist areas over the last week.

Earlier, deputy First Minister Michelle O'Neill voiced her concern that the violence of recent days will continue throughout the weekend.

The Sinn Fein vice president said: "I'm worried about the weekend ahead. We all need to be very careful and very consciously try to do all we can to prevent this happening.

"I hope and I urge all young people to not engage, do not allow yourself to be used or manipulated in any sort of way, and to stay off the streets, stay home and stay safe."