A Belgian woman who has tested positive for coronavirus was on board the same French flight that brought back UK citizens from China on Sunday.

Belgium’s health agency said the woman was one of nine Belgians on board the flight back to France, which carried passengers from 30 other countries.

Some 11 UK citizens and family members on the flight were then flown on to RAF Brize Norton in Oxfordshire.

Of these, 10 continued to Arrowe Park Hospital on the Wirral for a 14-day period of isolation, while Anthony May-Smith was taken to hospital in Oxford to be tested for potential coronavirus. 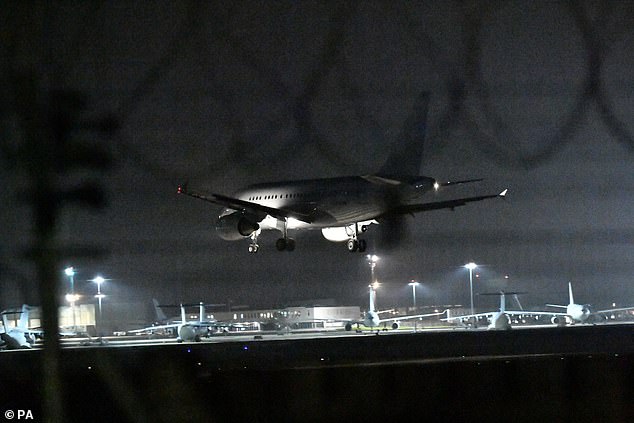 ‘All of the individuals who were on this flight are currently in supervised isolation and are being monitored for symptoms.’

Anthony May-Smith, from Lichfield, Staffordshire, developed a cough and sore throat on the second repatriation flight out of Wuhan which arrived at Brize Norton on Sunday.

He was isolated from the rest of the passengers and rushed to an NHS hospital in Oxford when the plane landed at the air base in Oxfordshire at 8pm.

But Mr May-Smith has said he ‘feels fine’ now but is being kept in isolation while medics await his test results. 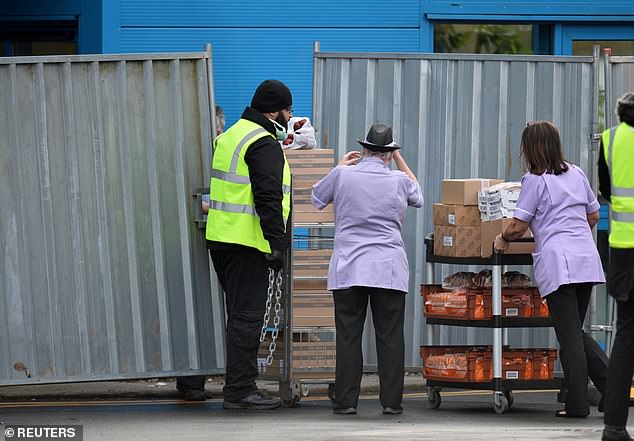 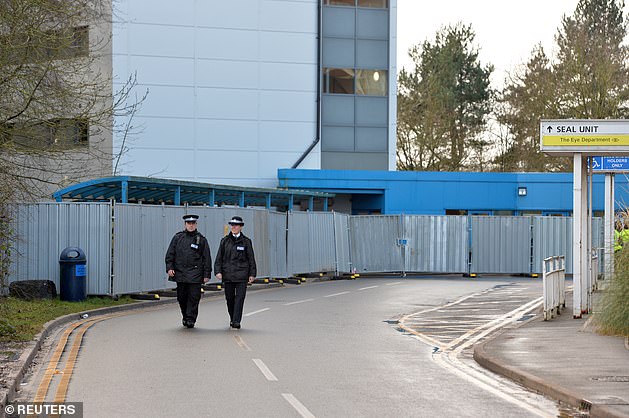 He told Sky News: ‘When we boarded the plane in France to come to the UK, the nurse asked if any of us had had any symptoms.

‘I made myself known to her and she told me to sit away from anybody else on the flight. There were people with babies on the flight and I obviously just didn’t want to be anywhere near them.

‘I feel fine now, I think it’s probably the stress of getting back and being run down more than anything. I’m waiting for the test results to come back tomorrow.’

The other 10 British nationals continued their journey to join 83 other people in isolation at Arrowe Park Hospital on the Wirral.

The Department of Health said on Monday that 326 UK tests for coronavirus have concluded, of which 324 are negative.

It comes after the Foreign Office warned it cannot guarantee to bring home an estimated 30,000 Britons still trapped in China. 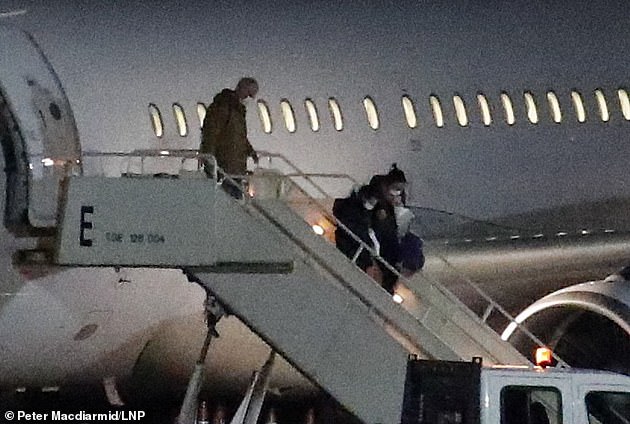 Three people are spotted disembarking from the evacuation flight from the coronavirus-hit city of Wuhan, shortly before 8pm on Sunday 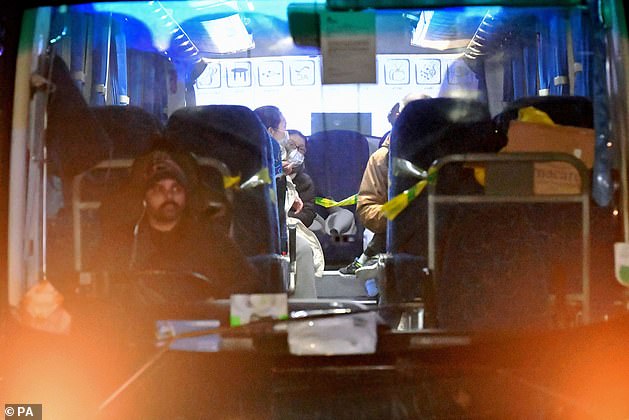 Today Foreign Secretary Dominic Raab said: ‘We now advise British nationals in China to leave the country if they can, to minimise their risk of exposure to the virus.

‘Where there are still British nationals in Hubei province who wish to be evacuated, we will continue to work around the clock to facilitate this.’

The Foreign Office added that commercial flights departing from China were still available throughout the country, except in Hubei where the virus originated.

It comes as Mr Raab told MPs the Government had been ‘allocated 14 places on an Air New Zealand fight today for UK nationals and their dependants’.

The Foreign Office has declined to say how many British nationals in Hubei province have come forward to say they wish to return to the UK, but the last flights out of Wuhan are expected to leave this week.

The updated Foreign Office advice comes after Health Secretary Matt Hancock said on Monday there were ‘no plans to evacuate all remaining UK nationals in China’.

He added: ‘We haven’t seen the peak of the coronavirus by a long stretch and we expect more cases in the UK.

‘We have a full plan in place to treat all those who have symptoms and test positively for coronavirus and we are working with international partners both to slow the spread and also to do the research that we need to do to find a vaccine.’

Health officials are trying to trace 239 people who flew from Wuhan to the UK before travel restrictions came into force.

A total of 94 UK nationals and family members have been evacuated to Britain from Wuhan on two flights which arrived on Friday and Sunday.

Chinese authorities said on Tuesday that the death toll on the mainland has risen to 425, with the number of cases now standing at 20,438.