An infamous blackbirder’s name is to be wiped off the map, with plans to rename Ben Boyd National Park, which covers 8900 hectares on the Sapphire Coast of NSW, south of Eden.

The park was established in 1971 but will now be given an Indigenous name in recognition of the Aboriginal cultural heritage in the area. 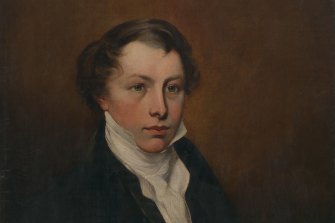 It will likely fuel debate about whether Ben Boyd Road in Neutral Bay, Ben Boyd Tower and Boydtown, a private town founded by the man himself in 1843, should also be renamed.

In February, Neutral Bay Public School renamed one of its sporting houses after conducting a survey of parents and teachers. It decided to change the name from Ben Boyd to Waratah.

Mr Kean said it was time to acknowledge the real history of Boyd and remove his name from the national park that continues to hold enormous cultural significance for Aboriginal people.

“It is clear from the expert historical analysis that Ben Boyd’s association with ‘blackbirding’ should not be reflected or celebrated in any way in our national parks,” Mr Kean said. “There are many people from NSW’s early history who are worth remembering and celebrating, but it is clear from this historical analysis that Ben Boyd is not one of them.”

Blackbirding involves the kidnapping or coercion of Pacific Islanders and using them for forced labour.

The announcement was welcomed by Indigenous leaders. Chair of the Eden Local Aboriginal Land Council BJ Cruse, who has campaigned for the name change, said it was an important and positive action by the government.

“We appreciate this special gesture of respect,” he said.

“We are keen to promote Indigenous heritage in the local area and the name change will go a long way to allow us to achieve that. We name places not after someone else, we give it a name for the significance of that place and what it means and how it serves our people.” 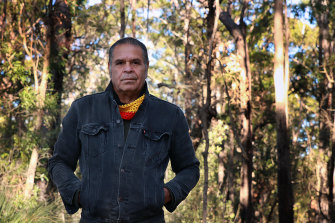 Yvonne Weldon, the chairwoman of the Metropolitan Local Aboriginal Land Council and the first Aboriginal candidate for lord mayor, said there must now be consultation with local elders. 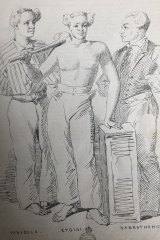 A report by historian Mark Dunn states that after Boyd’s experiment importing labour from Vanuatu and New Caledonia failed, he turned to the exploitation of island communities who were only just coming into contact with European forces in maritime and sandalwood trades.

“[Boyd’s] operations marked the beginnings of a labour trade that would later become known as blackbirding when it resurfaced as a source of labour for Queensland sugar and cotton plantations from the 1860s until the turn of the twentieth century,” Mr Dunn wrote.

Boyd’s intentions were hardly a secret at the time, the historian said.

“Black Lives Matter obviously puts this into a 21st century context, but even at the time his contemporaries were saying he was trying to get slavery in through the back door. Contemporary critics were calling him out for what he was up to.

“How we deal with the past changes as we get more information, we reassess how we look at things, individuals and events. That’s not unusual, that’s how history works.” 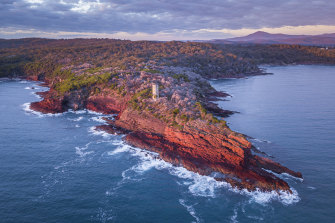 Historian Marion Diamond, author of Ben Boyd of Boydtown, said there was a distinction between renaming the national park and renaming Ben Boyd Road in Neutral Bay, which she thinks should remain unchanged.

“I don’t believe in airbrushing bad people out of history,” she said.

“Changing the name of the national park seems like Fraser Island re-becoming K’Gari and I am all in favour of that. I think you have got to take the good with the bad, you can’t rename everything because someone associated with it did bad things.”

NSW Environment will now work with the Aboriginal community to identify a new name for the park which will be ultimately approved by the Geographical Names Board.

Boyd died in 1851 on Guadalcanal in the Solomon Islands after he went ashore to shoot game. Two shots were heard, but Boyd never returned.

In the days that followed, his crew raided and destroyed a number of villages. Reports say Boyd’s head was cut off and his skull kept locally in a ceremonial house.