Snubbed! John Bercow, Tom Watson and Jeremy Corbyn’s ex-chief of staff will NOT get peerages, despite the former Labour leader nominating them, sources say

John Bercow, Tom Watson and Jeremy Corbyn’s former chief of staff Karie Murphy will be formally rejected for peerages this week when the Dissolution Honours are published.

Whitehall sources said the trio – who were all nominated by Mr Corbyn – have been dropped from the final list following concerns raised by the House of Lords Appointments Commission, known as Holac.

Former Conservative Party treasurer Peter Cruddas has also been left off the list, and two other major Conservative donors are in doubt. 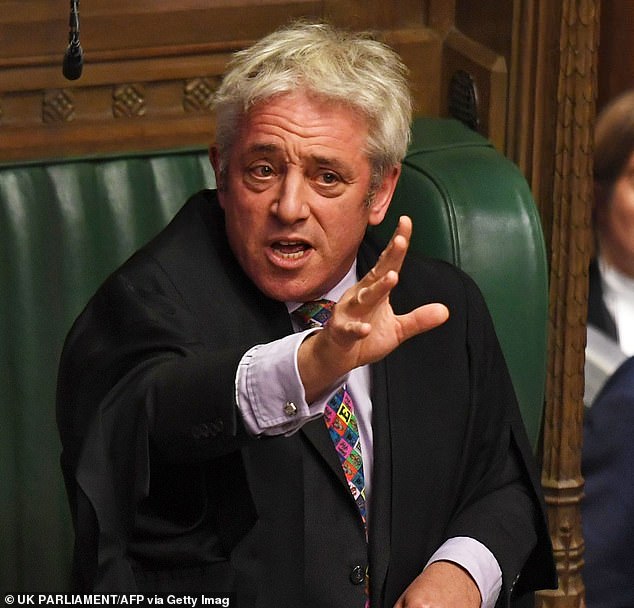 John Bercow (pictured), Tom Watson and Jeremy Corbyn’s former chief of staff Karie Murphy will be formally rejected for peerages this week when the Dissolution Honours are published

The peerages follow the dissolution of parliament in November last year and have been under consideration by Holac for months. Sources said they were likely to be published this week.

The committee is required to vet political nominees for the Lords to ensure ‘the highest standards of propriety’.

Mr Bercow, the former Commons Speaker, was nominated by Mr Corbyn, despite having formerly been a Conservative MP.

Concerns were raised about outstanding bullying claims against him by former Commons officials, which he denies. He will become the first Speaker in 230 years not to be nominated for a peerage.

Mr Watson, Labour’s former deputy leader, is thought to have been blocked because of his role in highlighting fantasist Carl Beech’s false allegations of a paedophile ring in Westminster which led to dawn raids on the homes of the late military chief Lord Bramall, former Tory Home Secretary Lord Brittan and ex-MP Harvey Proctor. 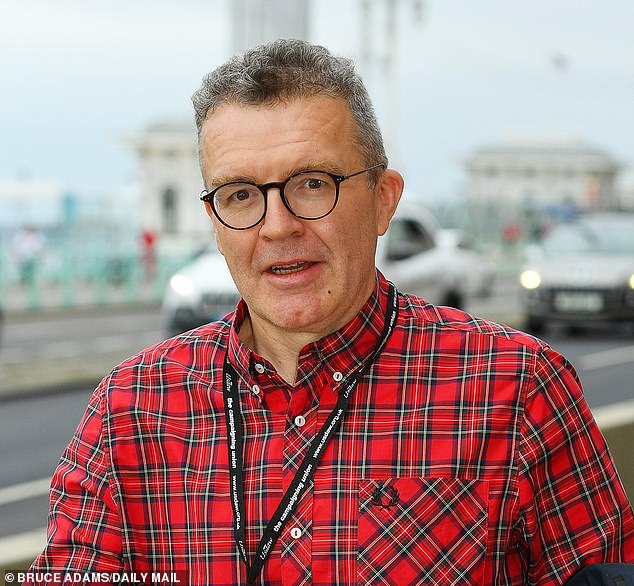 Mr Watson (pictured), Labour’s former deputy leader, is thought to have been blocked because of his role in highlighting fantasist Carl Beech’s false allegations of a paedophile ring in Westminster

The peerage for Mr Corbyn’s former chief of staff Miss Murphy is thought to have been rejected because of concerns about the Labour leadership’s handling of anti-semitism complaints under her watch. She has repeatedly denied any wrongdoing.

A report by the Equalities and Human Rights Commission has been completed and is due to be published shortly.

Mr Corbyn’s trio have been replaced by three nominees from new Labour leader Sir Keir Starmer, who are said to be ‘relatively unconentious’.

Former Labour MPs Frank Field, John Woodcock and Ian Austin, who all quit the party in protest at Mr Corbyn’s stance, are all expected to get peerages from Boris Johnson, although they are likely to sit as Crossbenchers. Gisela Stuart, another former Labour MP, who chaired the Vote Leave campaign, is also expected to get a peerage.

The huge injection of new peers has sparked dismay among campaigners trying to cut the size of the Lords.

In an email to peers, the Lord Speaker Lord Fowler said years of work to reduce the size of the chamber would be put ‘back to square one’.

‘As I write this, we have 792 members,’ Lord Fowler said. ‘Clearly any substantial intake of new members will drive us over 800 – perhaps to somewhere near the figures back in 2016, and further away from our aim of a 600-member house.’

Darren Hughes, of the Electoral Reform Society, said the Lords remained ‘the largest revising chamber in the world’. He added: ‘This super-sized House needs to cut its crony-intake drastically.

‘Instead, the PM looks set on appointing dozens more friends to the bloated house.

‘For all the Lords’ protests, there’s nothing they can do about it.’