Washington: One of US President-elect Joe Biden's most senior advisers has declared that the United States will continue to stand "shoulder to shoulder" with Australia in an apparent response to China's increasingly hostile actions towards the country.

The Chinese Foreign Ministry's fabricated tweet depicting an Australian soldier cutting the throat of a child in Afghanistan has drawn bipartisan criticism in Washington, with a Trump administration spokesman describing it as "a new low, even for the Chinese Communist Party". 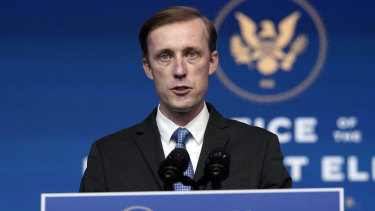 Jake Sullivan, whom Biden has chosen to be his national security adviser, tweeted on Thursday (AEDT): "The Australian people have made great sacrifices to protect freedom and democracy around the world.

"As we have for a century, America will stand shoulder to shoulder with our ally Australia and rally fellow democracies to advance our shared security, prosperity, and values."

Sullivan previously advised Biden on national security issues when he was vice-president and served as his top policy adviser during his presidential campaign.

Cale Brown, the US State Department’s deputy spokesperson, tweeted: "This is a new low, even for the Chinese Communist Party.

"The CCP’s latest attack on Australia is another example of its unchecked use of disinformation and coercive diplomacy.

"Its hypocrisy is obvious to all."

Republican Senator Marco Rubio, the chair of the Senate Intelligence Committee, wrote to Twitter chief executive Jack Dorsey to complain that the image had not been removed from the social media platform.

"It defies belief that Twitter is unaware of the image, which falsely portrays an Australian soldier holding a bloody knife to the throat of a young Afghan child, as Australia's Prime Minister Scott Morrison requested the image be taken down," Rubio said. 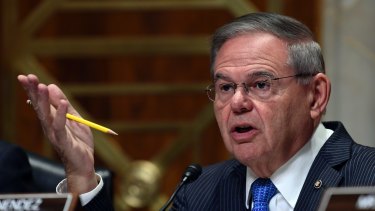 Rubio criticised Twitter for moving quickly to put warning labels on tweets by President Donald Trump but not doing so for the Chinese foreign ministry tweet.

Democratic Senator Robert Menendez, the top Democrat on the Senate Foreign Relations Committee, said of the tweet: "This is despicable & beneath the dignity of a nation with 5000 years of culture & history."

"The Australian people deserve an apology—and the Chinese Foreign Ministry needs to demonstrate it understands how to conduct diplomacy as a constructive member of the [international] community."

"Every democracy needs to stand up for what they believe in.