Biggest ever university clearing: Thousands of extra students will get college places after their results as institutions place ‘quantity over quality to earn some bucks’

Thousands of extra students are expected to get a place at university this year in what’s being predicted as the biggest ever year of clearing, as institutions place ‘quantity over quality to earn some bucks’.

With a fall in overseas students predicted due to the coronavirus, places for British students have been increased.

According to The Times, UCAS is predicting 80,000 students could find a place during the clearing scheme – which runs in the two weeks after A-Levels results day in August.

Last year 73,000 students found a course during the same period. 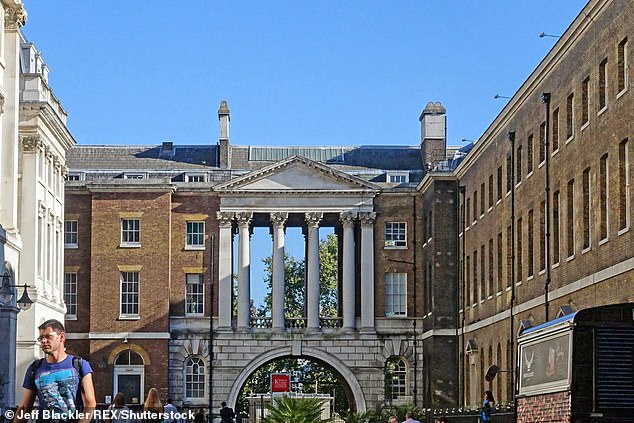 Prestigious universities such as King’s College London, Bristol, Edinburgh and more than dozen other Russell Group members are still looking for students, with more than 4,383 courses on offer between them.

Institutions have a deal with the government allowing them to take in five per cent more UK students than their targets.

With A-Level exams cancelled this year due to the pandemic, and results relying on school averages and teachers’ own assessment of their pupils, results this year are set to be slightly different.

Before clearing begins on August 13, universities have been urged to show some flexibility with their entry requirements.

Commons education committee chairman Robert Halfon told The Times: ‘The problem is that so many universities seem hell-bent on going after quantity over quality to earn some bucks.’

Neil O’Brien, warned too many prospective students were staying in education to avoid a lack of jobs in the current market.

He added: ‘My main fear is for students who may drop out, or struggle to keep up and end up with a lot of debt and poor prospects at the end of it.’