The two are rumored to have rekindled their romance after they allegedly started ‘spending more time together in January’ and are said to have spent some of the lockdown together in Miami, a source told Page Six.

Schmidt, 65, who is now chairman of the Defense Innovation Board for the US Department of Defense, has been on-and-off with the 33-year-old since 2017, despite still being married to his wife of 39 years, Wendy Boyle. 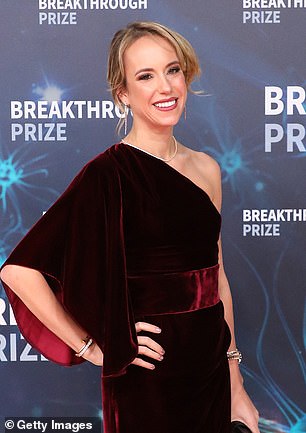 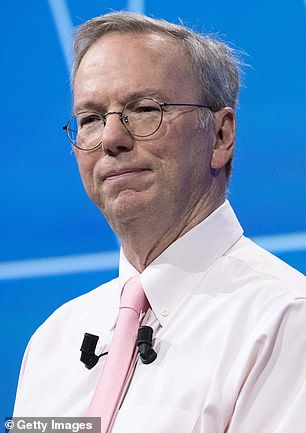 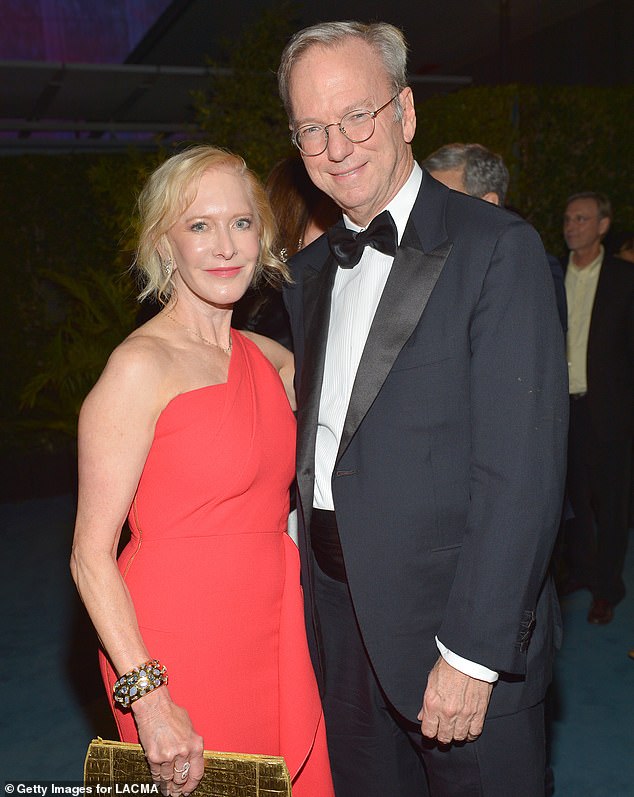 Schmidt and wife of 39 years Wendy Boyle were seen in public as recently as November 2019, during a film gala in Los Angeles

Rumors of an engagement began to swirl last July after Duisberg, a former medical student who is the same age as Schmidt’s daughter, Sophie, was spotted wearing a pink sapphire ring.

The couple’s split was reported a month later.

According to Page Six, the former Olympic skater has been telling friends that the two will spend the summer together, however another insider claimed ‘there are no plans.’

It comes after Schmidt, who boasts a $13.2billion fortune, was said to have been ‘mortified’ after Duisberg told her friends about their romance last year.

Although Schmidt and his wife have an open marriage, he reportedly saw the ten-carat jewel as a ‘friendship ring’ and allegedly has no plans to divorce Boyle.

Schmidt and Boyle were seen in public as recently as November 2019, during a film gala in Los Angeles.

A source told the tabloid Duisberg ‘wants a baby’ and Schmidt wants to divorce his wife, ‘but neither is happening.’

Duisberg is said to have told friends Schmidt gave her the ring in Greenland, adding: ‘We want to have kids as soon as possible, but his wife is making things complicated.’

The two reportedly met at a party in 2017 and have been seemingly inseparable since. 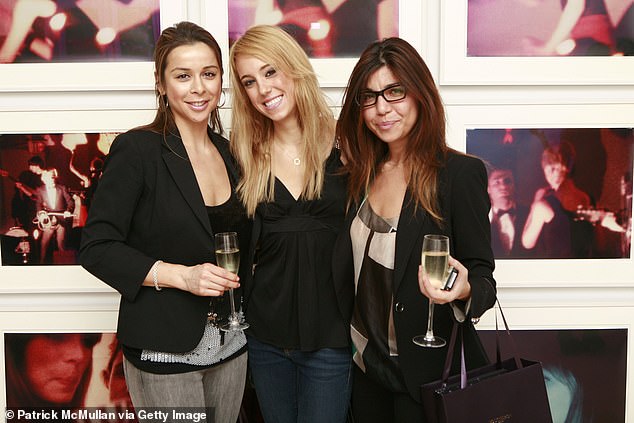 Alexandra Duisberg, pictured center in 2008, had reportedly frozen her eggs and asked the tech boss to fertilize them with the hopes of starting a family together, but he declined 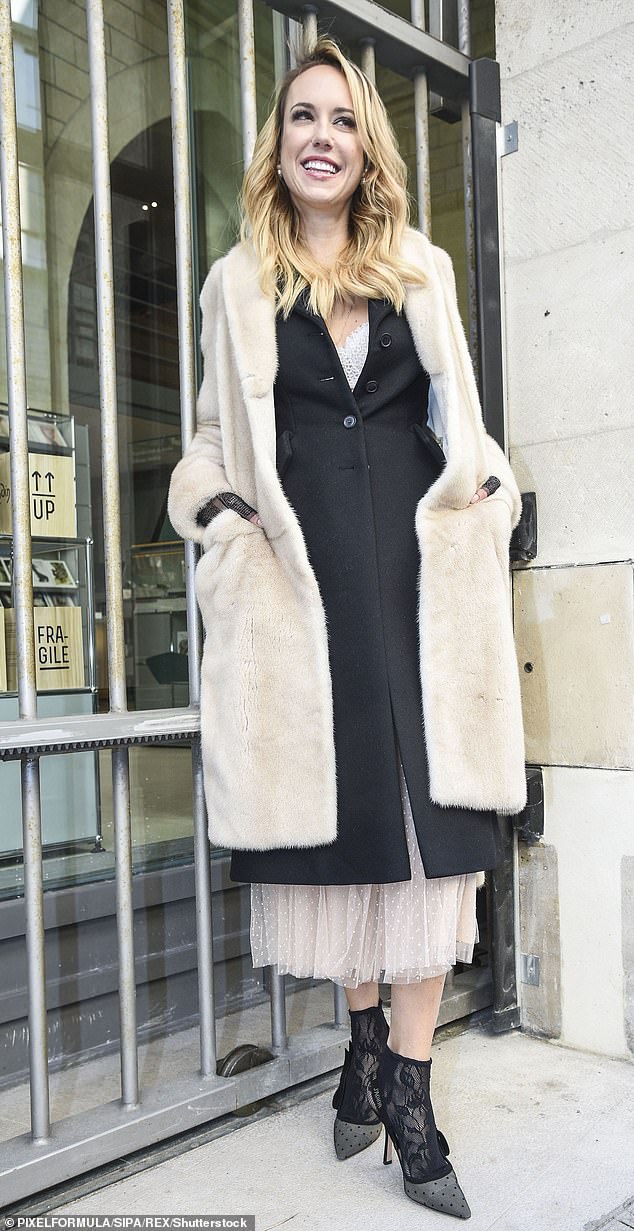 The already married billionaire, 65, was said to have been left ‘mortified’ by claims former Olympic skater Alexandra Duisberg, pictured, told friends about their romance

Duisberg was born in Guatemala and her parents worked for the US government. She trained to be an Olympic figure skater and after suffering an injury began switched career paths and entered medical school at the University of Pennsylvania.

She started her residency at Stanford in 2018 but left after less than a year for a ‘sabbatical to focus on her philanthropic efforts and global health work’, as per a friend.

Ever since, she’s been seen at Schmidt’s arm at public events over the past two years.

Schmidt has been married to wife Wendy since 1980. They met at Berkeley University in the late 1970s and have two adult daughters, Sophie and Alison.

A 2012 New York Times article stated that the pair often spend time apart, and do not comment publicly about their relationship.

Despite being legally married to Wendy, Schmidt has reportedly had relationships with a series of younger women, including a vivacious television host who dubbed him ‘Dr Strangelove,’ a public relations executive and a Vietnamese concert pianist.

In the past, Schmidt had been linked to Lisa Shields, a foreign relations executive and Vietnamese pianist Chau-Giang Thi Nguyen. 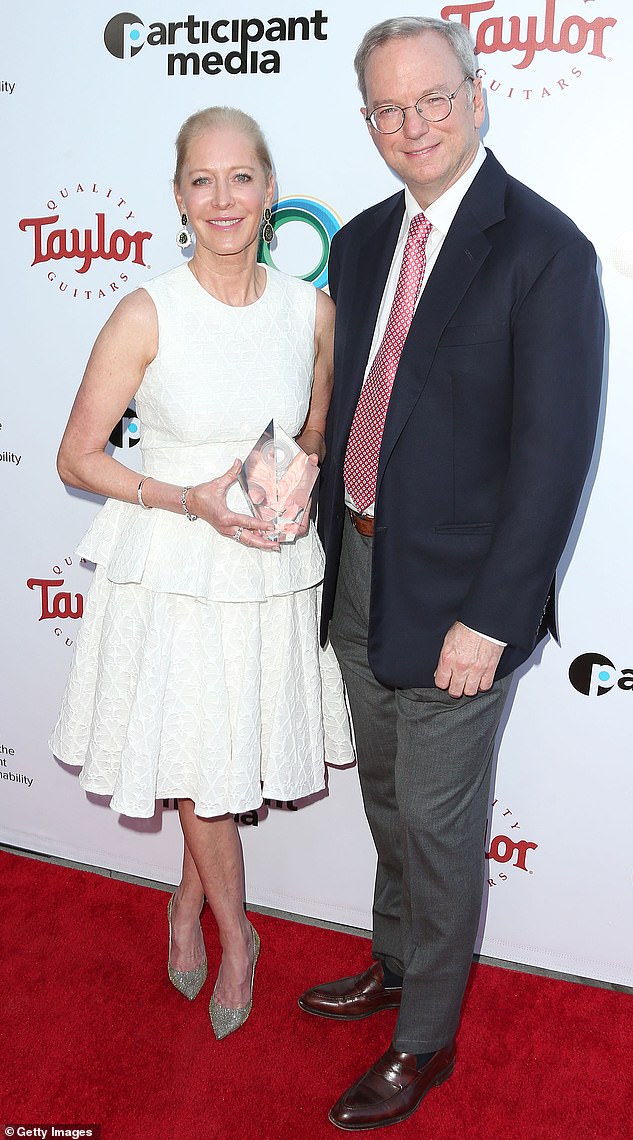 Despite being legally married to Wendy, Schmidt has reportedly had relationships with a series of younger women. He is pictured with wife Wendy in 2016

Meanwhile, Wendy reportedly resides at one of their homes, a $23million waterfront mansion on Nantucket Island, Massachusetts, where she focuses on her philanthropic work.

TV personality Kate Bohner, aged 52, allegedly had a three-year affair with the married mogul from 2007 to 2010.

At the time, Schmidt was at the height of his power. He was brought in as Google’s CEO in 2001 by creators Sergey Brin and Larry Page, who relied on his expertise to turn their modest internet search engine into a global media powerhouse.

An ex-flame of Schmidt’s said that it’s unlikely the tech powerhouse is interested in settling down.

‘I think there are a lot of women who date him who think they are going to be the next Mrs. Schmidt,’ the anonymous woman stated.

‘But he dates a lot of women. He likes to have a ship in every port.’