Binmen face violence over complex new rubbish rules: Attacks on refuse collectors increase after they were ordered to police recycling

Complex rules about rubbish collection have led to a huge increase in the number of binmen being attacked and abused.

Refuse workers have reported being spat at, punched and threatened with weapons by residents after being ordered to police muddled council diktats on recycling. There were 164 attacks in 2020, a near 50 per cent rise in two years.

Authorities across the country have ordered binmen to go through domestic rubbish and record when recycling is ‘contaminated’. 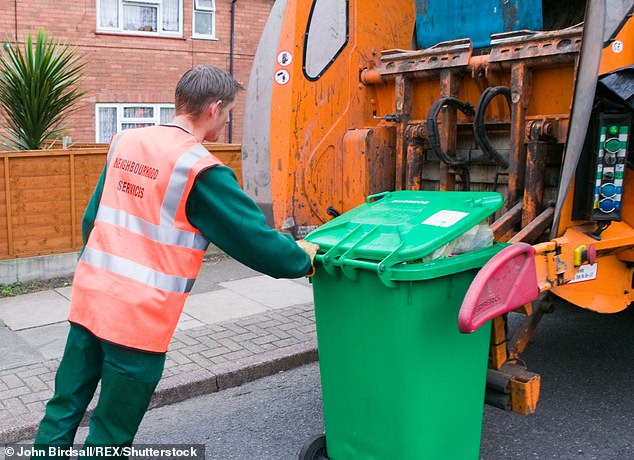 Refuse workers have reported being spat at, punched and threatened with weapons by residents after being ordered to police muddled council diktats on recycling

Householders who put out waste at the wrong time, overload bins, leave lids open or fail to use slop caddies can be reported. They face fines ranging from £60 to £1,000.

One person in Hull got so angry after being accused of contaminating his rubbish that he threw a brick through a truck’s window, sending shattered glass flying over the crew.

Residents in Barking and Dagenham, east London, hurled stones and bricks at a team who refused extra bin bags.

Darren Rodwell, of the Local Government Association, said: ‘Nobody should have to experience this shameful behaviour whilst carrying out their job.’ 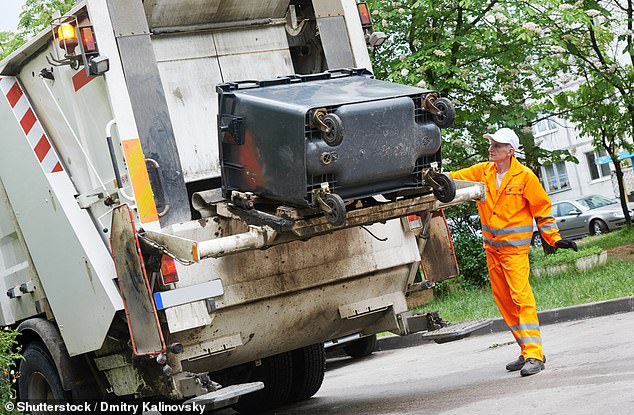 Stuart Richards, a senior organiser for the GMB union which represents refuse workers, say it has seen a huge rise in threats to crews.

He said: ‘GMB members have increasingly been pushed into taking on enforcement roles, but rarely has this come with appropriate protections to ensure their safety.

‘Across the country those on the ground are constantly raising concerns about staffing levels and a lack of suitable measures.

‘No one should have to suffer abuse or violence just because of the job they do.’

Attacks are up from 154 last year and 111 in 2018 with many flare ups caused by binmen refusing to take away rubbish that does not comply with guidelines.

Workers are often attacked because households have not complied with increasingly complicated recycling guidelines.

The Environment Bill which would see seven bins introduced has not yet been approved by Parliament.

Councils have slammed the proposed legislation as ‘costly chaos’ with the District Councils’ Network, which represents 183 councils in England, labelling them ‘poorly thought out’.

It claims that the changes could cost £680million every year – and reduce many existing bins into unnecessary waste themselves.

The bill hasn’t yet reached its final stages, and it’s already been delayed because of the pandemic, so there’s no definite guarantee the changes will still come into force.

It needs to be approved by the House of Lords before it is given Royal Assent and made law.