Duck! Startling moment bird flies at man’s face when he peeks inside a pipe on the side of a city building

A curious man was given quite fright when he decided to investigate where a tiny bird had disappeared to.

The videographer, identified only as Jonny, was out on his BMX bike in Syracuse, New York, when he saw the bird fly straight into a pipe on the side of a building.

Intrigued, he went to take a closer look. His point-of-view footage captures him crouching down to peer inside the pipe.

Suddenly the bird launches itself towards his face, in a blur of beak and flapping wings. 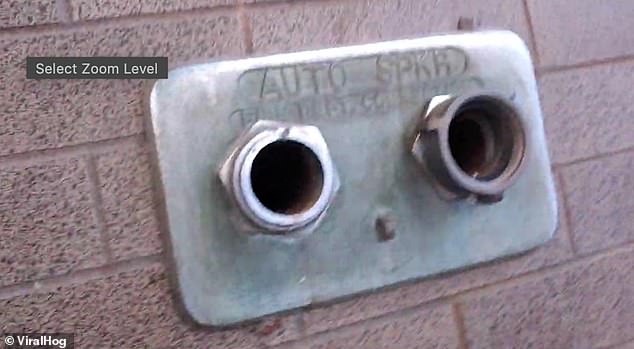 Jonny was out on his BMX bike in Syracuse, New York, on September 26 when he noticed a tiny bird fly straight into a fire department water pipe on the side of a building

Johnny stumbles backwards in shock, hysterically laughing as he cannot quite believe what happened.

The bird appears to have been nesting inside the fire department connection pipe, also known as the Siamese connection.

It is connected to the building’s automatic fire sprinkler system and can be used by firefighters to connect hose lines during a blaze.

The fire department are then able to pump water into the sprinkler system at a high pressure to put out the fire.

The amusing footage, filmed on September 26, was shared on YouTube, where one viewer poked fun at Jonny, saying that ‘he clearly knew something was in there’.

Speaking about the footage, Jonny said: ‘I BMX a lot and on my travels today, I happened to see a bird fly right into the pipe on the side of a building and when I went to go investigate, it popped out and startled me.’ 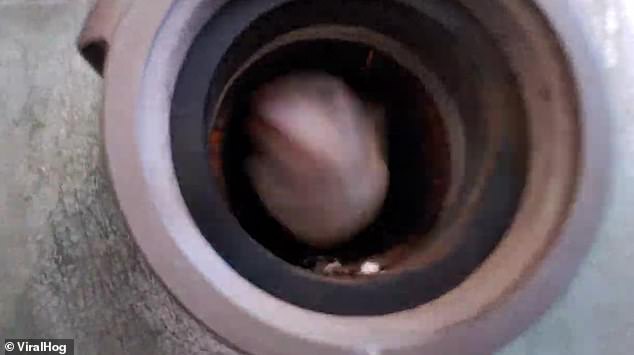 Jonny was given an unexpected fright when the bird flew out of its nesting place and launched itself at his face, startling video footage shows 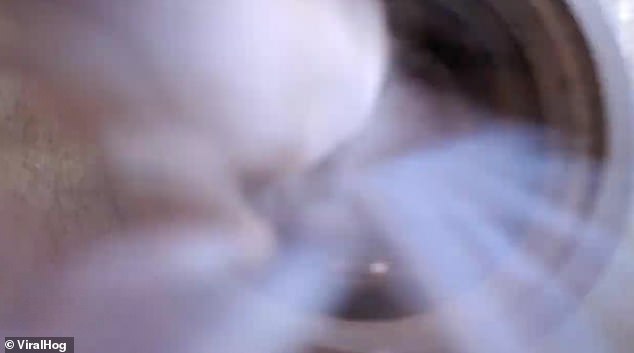 The bird was nesting inside a fire department connection, which is used by firefighters to provide water to a building’s sprinkler system in case of a fire