This is the bizarre moment a family’s Christmas decorations are cut down in the dead of night by a vandal they described as an ‘old woman’.

CCTV footage shows the woman sneaking into the front garden before snipping a wire, cutting off the flashing lights which were hung around a tree.

The unknown attacker took down the festive decorations early on Sunday morning in Cottingham, Hull.

Dan Hubbert, whose family had put up the decorations, said the woman who took them down ‘could have electrocuted herself’. 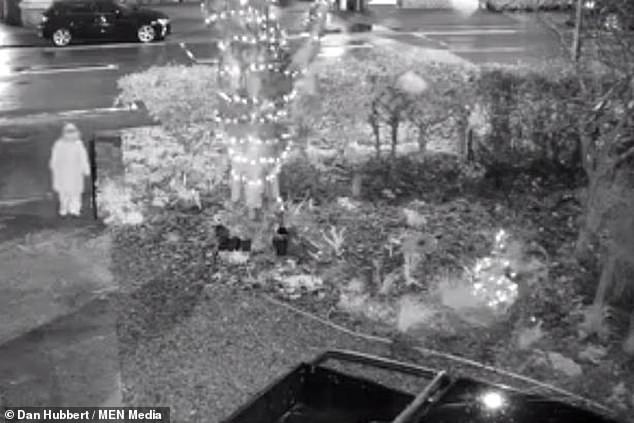 The night-time vandal, pictured on the left of this CCTV image, enters the family’s front garden in Hull on a mission to cut down their flashing Christmas lights

The father-of-two, 41, said he was unsure what to do next after watching the security footage.

He said he would have called the police straight away if CCTV had revealed youths as the vandals.

‘Everyone wants me to ring the police on her. She should pay for them,’ he said.

‘It could have caused an electrical fault or even electrocuted herself. If it was youths, I would’ve been straight on the blower to the police but she’s old.

‘You can’t start going across the road and chopping down lights. I think I will call 101 and get them to go and have a word.’

‘I’m not that bothered really. I’m trying to find the funny side.

‘(My children) just think it’s funny as well. It is quite funny to see her toddle along and cut them.’

He said it would cost only £20 to replace the lights but said he would rather have had a friendly conversation with his neighbour than have them cut down.

The 41-year-old said he would have had no problem taking them down or turning them off on a night if the woman had told him his lights caused a problem. 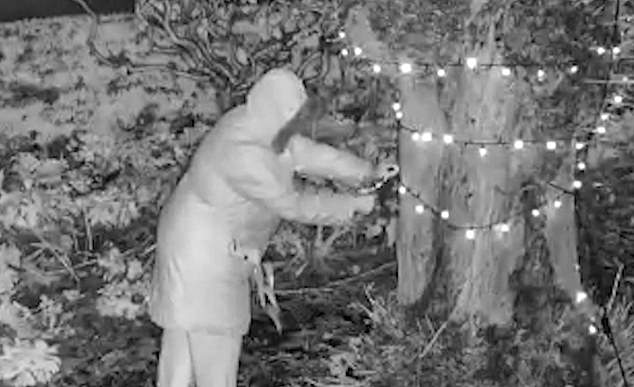 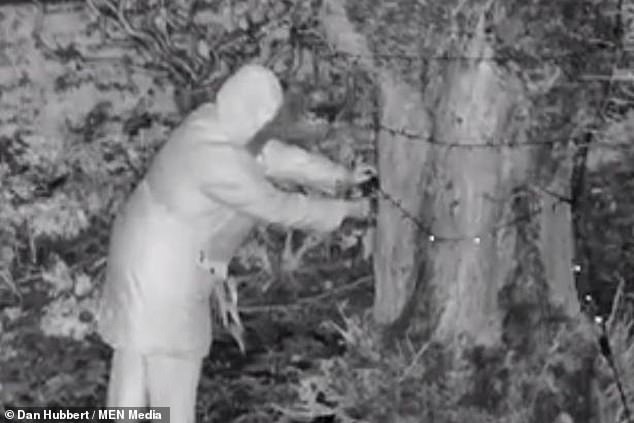 The attacker, described by the family who put up the lights as an ‘old woman’, cuts the wires which were draped around the tree to stop the Christmas decorations flashing