THIS is the bizarre moment a man throws himself on a car bonnet as viewers question if he was attempting a "cash for crash" scam.

The pedestrian has been mocked for his acting skills after footage caught him weakly rolling over the van as it pulled out from a side street. 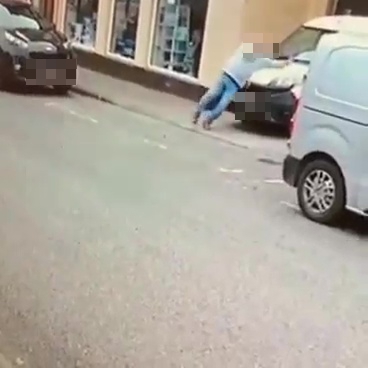 Video shows him calmly strolling down the road in Castlederg, Northern Ireland.

But the van appears to startle him as it slowly emerges from a side road – causing the man to put a hand out to stop it.

He then appears to throw himself on the bonnet before he rolls across it twice.

The man can be seen falling softly the ground where he continues to kneel for a few seconds.

He then appears to raise his fist in anger to the bewildered van driver before heaving himself up.

The man has now been ridiculed after the video was posted on the UK Cop Humour Facebook page.

One person joked: "You shouldn’t show this sort of traumatic injury with out giving warning. Not sure I’m going to sleep tonight!"

Another said: "He needs to call up the drama school and ask for his money back because he's not winning any awards with that performance."

While one person wrote: "P.T.S.D. seeing that horrific incident…. I mean, he's not going to get a BAFTA any time soon, is he?!!"

Gangs will often work together to snare an innocent motorist – leading to crash-for-cash hotspots. 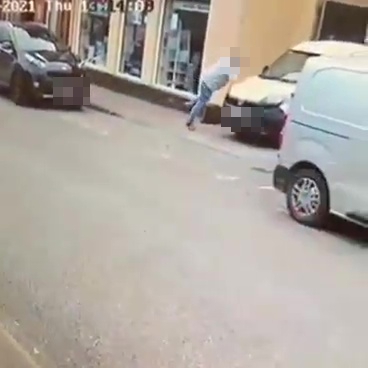 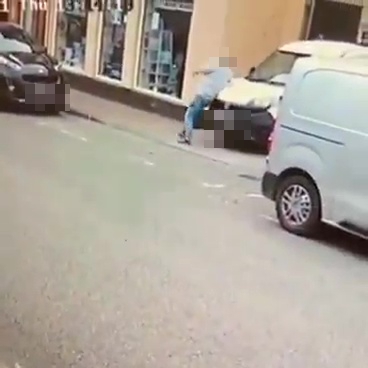 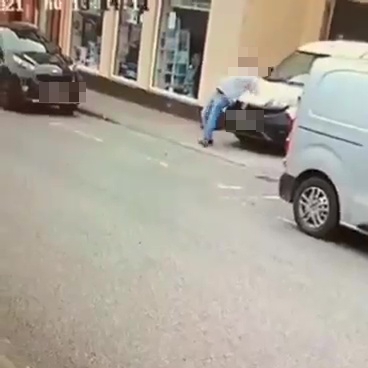 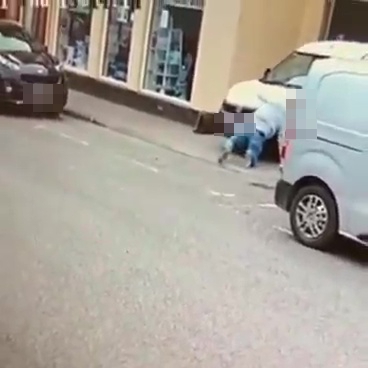