Kyiv: Ukraine’s air defence systems have shot down 10 Iranian-made Shahed Russian drones, the Kyiv’s mayor Vitali Klitschko said, adding there were explosions in the central Shevchenkivskyi district of the city.

The Kyiv administration said that according to preliminary information, two administrative buildings were damaged and information about potential casualties was being clarified. The historic district is home to several universities, science institutions and zoo. 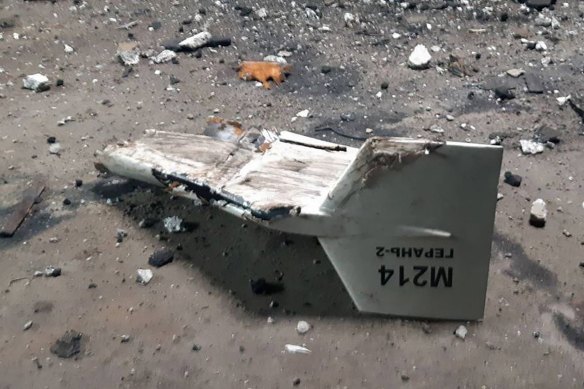 The wreckage of what Kyiv has described as an Iranian Shahed drone downed near Kupiansk last week.Credit:Ukraine military

Officials told residents to remain in shelters as air raid sirens rang in the early morning.

Reuters was not able to independently verify the information.

It comes as the United States is close to finalising plans to send its Patriot air defence system to Ukraine in a potentially pivotal move in the conflict.

Washington could announce a decision as soon as Thursday on providing the Patriot, two officials told Reuters. The Patriot is considered one of the most advanced US air defence systems and is usually in short supply, with allies around the world vying for it. 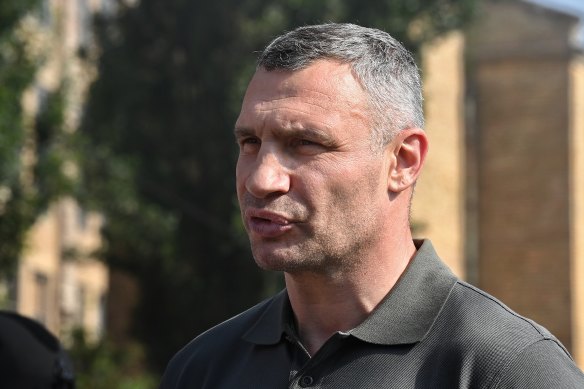 Kyiv Mayor and former boxer Vitali Klitschko near the scene of an apartment building that was hit by a missile attack at approximately 5am today in the Shevchenkivskyi district central Kyiv in June.Credit:Kate Geraghty

Former Russian president Dmitry Medvedev has warned NATO against equipping Kyiv with Patriot missile defences, and it is likely the Kremlin will view the move as an escalation.

The system would help Ukraine defend against waves of Russian missile and drone attacks that have pounded the country’s energy infrastructure.

The General Staff of Ukraine’s armed forces morning report on Wednesday highlighted the need for air defence systems throughout the country.

It said in the past 24 hours in Kharkiv, Donetsk and Zaporizhzhia regions “the enemy launched 1 air and 11 missile strikes, 3 of them on the civilian infrastructure… [and] launched more than 60 attacks from multiple rocket launchers”.

Gaining Patriot air defence capability would be “very, very significant” for the government in Kyiv, said Alexander Vindman, a retired Army lieutenant colonel and onetime leader of Ukraine policy at the White House.

“These are going to be quite capable of dealing with a lot of different challenges the Ukrainians have, especially if the Russians bring in short-range ballistic missiles” from Iran.

They also promised some 50 million energy-efficient LED bulbs to ease power shortfalls and help Ukraine get through freezing winter months while Russia pounds the country’s infrastructure.

One of the US officials said Ukrainian forces would likely be trained in Germany before the Patriot equipment was delivered. Vindman said the training could take several months.

The Pentagon says Russia’s recent surge in missile strikes is partly designed to exhaust Ukraine’s supplies of air defences so it can dominate the skies above the country.

For that reason, the United States and its allies have been delivering more air defences to Kyiv, everything from Soviet-era systems to more modern, Western ones. Washington has provided NASAMS air defence systems that the Pentagon says have flawlessly intercepted Russian missiles in Ukraine.