Body of pregnant woman, 33, who went missing four weeks ago is found ‘wrapped up’ on a hillside as her ex-boyfriend is arrested on murder charge 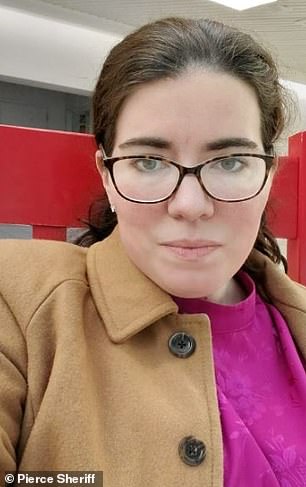 The body of a pregnant woman has been found ‘wrapped up’ and her ex-boyfriend arrested on a murder charge after a month-long search for her in Washington state.

Kassanndra Cantrell, 33, vanished in late August after nobody saw or heard from her in two days and she failed to attend a doctor’s appointment despite her pregnancy.

Her car was found abandoned in Tacoma and detectives searched nearby houses in a desperate four-week hunt, which ended on Tuesday when her remains were found using GPS data from her ex-boyfriend’s truck.

The ex-boyfriend, 37-year-old Colin Patrick Dudley, was arrested yesterday afternoon and is being held in a Pierce County jail on suspicion of murder.

Dudley was arrested by a SWAT team from the Pierce County Sheriff’s Office after his truck was seized in a search warrant at his home earlier this month.

Detectives spotted the truck and identified its license plate in surveillance footage which showed him walking from Cantrell’s car to a nearby parking garage.

Cantrell’s white Mazda 3 sedan had been found abandoned near the Tacoma Dome with no sign of the 33-year-old nearby.

Her family raised the alarm on August 27 after she had ‘not returned home and not been seen or heard from in two days’.

She had also missed a doctor’s appointment which was reportedly the first ultrasound scan of her pregnancy.

On the day Cantrell went missing, friends said she may have planned to go to a grocery store, but detectives found no signs of financial activity to suggest that she did this.

Detectives said they were ‘concerned’ because there was no activity on her phone at all in what her family said was an ‘unusual’ lack of contact.

Dudley’s home was searched on September 1 after he was identified as the man in the footage and his truck was seized.

According to Q13, Dudley raised further suspicion by claiming not to have seen or spoken to Cantrell in years – despite phone records allegedly proving this was untrue.

Cantrell was said to be ‘over the moon’ about her pregnancy and had already started buying baby clothes and toys. 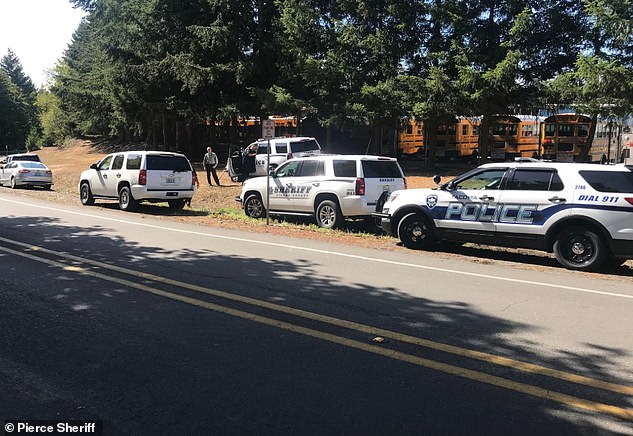 However, although she had told relatives that Dudley was the father of her unborn child, she was reluctant to tell Dudley himself, it is claimed.

Cantrell was allegedly alarmed by Dudley’s long-ago remark that he would take legal action if his girlfriend got pregnant ‘just to spite the mother’.

Using the GPS data from Dudley’s truck, detectives found a ‘set of human remains that were wrapped and disposed of over a steep hillside along Chambers Creek’, the sheriff’s office said.

Rescuers ‘performed a high-angle ropes operation to recover the remains, which are believed to be Kassanndra Cantrell’ pending confirmation from a medical examiner.