Rookie police officer Savannah Smith had been fruitlessly banging on the front door and windows of the house for nearly 12 minutes when she made a fateful decision to jump the locked fence.

It was late on a Wednesday night in August 2020, in the midst of the second pandemic lockdown. Victoria Police was responding to several noise complaints about loud music coming from a home in the Geelong suburb of Waurn Ponds.

Within moments, the routine call-out escalated to gunfire and the homeowner was sprawled out in the backyard with a bullet wound to the leg. He is now facing trial over seven charges after allegedly trying to attack Smith with a shovel.

For the police, it was a clear-cut case of self-defence.

But two years later, cracks have appeared in their story that raise questions about who might have actually been acting to protect themselves that night: the police or the homeowner.

When Smith and her offsider, Leading Senior Constable Melinda Wylie, arrived at the home shortly after 11.40pm, they could hear “loud thumping music like nightclub music”. 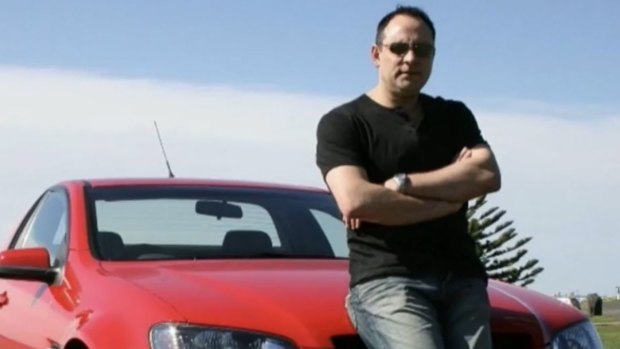 The police’s account of what happened next has been documented in a sworn affidavit from Smith, who at the time was a probationary officer about a year out of the academy. It would be backed up by sworn statements from Wylie, a 30-year veteran of the force, and others who would be called to the scene to investigate in the aftermath.

At the house, the curtains were closed, but the lights were on. Smith and Wylie said they knocked on the doors and windows for nearly 12 minutes without a response in the midst of the relentless “doof doof”.

A decision was made that “this has to stop” and Smith jumped the locked fence surrounding the side and rear of the home.

She hammered on the windows at the back of the house for about another six minutes before she detected movement inside, then headed back towards the fenceline to report the sighting to Wylie.

“It was at that moment I could make out a person walking around from the back of the house. I said “Hey” … that was all I said because at that point he turned around the corner and I could see something raised in his hand,” she said.

The figure moved towards her at a “pretty quick pace” – and he was holding a shovel. 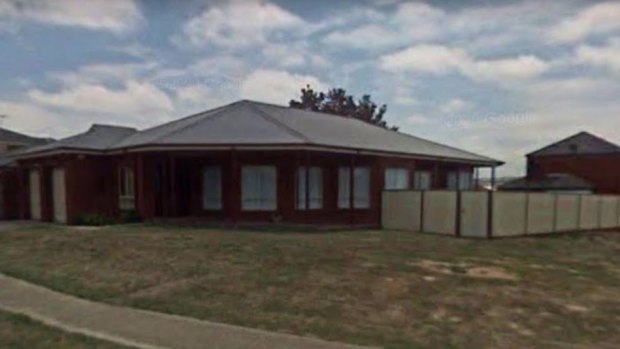 The Waurn Ponds house where the shooting occurred.

“I was moving back as far as I could but there was nowhere else for me to go, I then said ‘Police, get back.’ I said: ‘Get back’ again and he kept closing in on me.”

Her back was against the fence, and with nowhere to go, she said “Get back” again as she went to draw her firearm.

“The person still had the shovel raised and was still moving in on me, I think I said get back again and I then shot my firearm,” estimating the man was three or four metres away.

“I felt that if he hit me with the shovel that he would have knocked me out with one hit and possibly killed me, he was closing in at such a fast speed rate, I could tell that was his intention.” 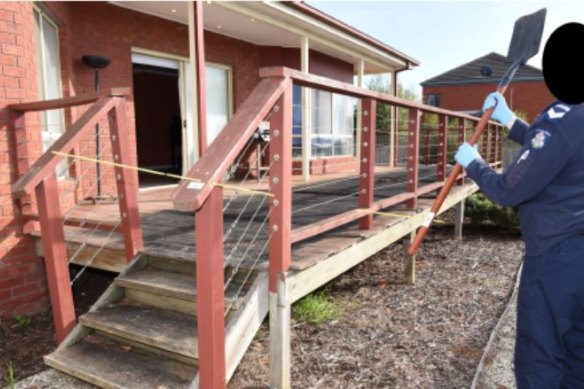 Police ‘recreation’ of how Andrew Wilczewski was threatening police before he was shot on August 26, 2020

Smith estimated about 35 seconds elapsed from when she saw the man walk around the side of the house and shouted “hey” until she shot him in the leg.

The “summary of charges” document later filed against the assailant by police and tendered in court was even more unequivocal.

In a photographic recreation, a police officer stood in as the accused assailant with the shovel raised above his head, poised to swing the blade with both hands.

The devil in the details

This version of events stood uncontested for more than two years until the resident of the property, Andrew Wilczewski, appeared for committal in the Geelong Magistrates’ Court last month.

The 48-year-old, who now walks with a limp after being fitted with a plate and screws in his right thigh following the shooting, was facing seven charges for threatening and assaulting an emergency worker, assault, assault with a weapon and recklessly engaging in conduct that placed a person in danger of death or serious injury.

Prosecutor Glenn Mohammed had the sworn statements of six police officers and forensic experts to make his case. 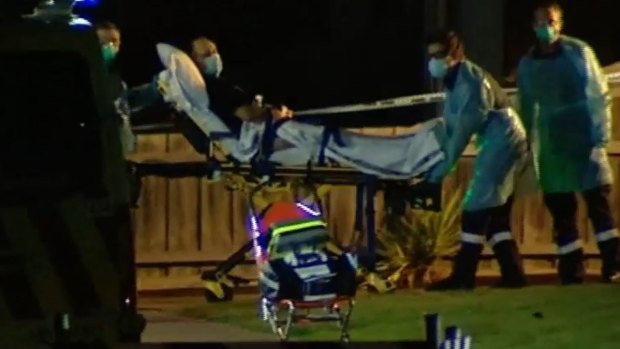 Andrew Wilczewski being taken away by ambulance after being shot by policeCredit:Nine

But serious discrepancies in the official version began to emerge soon after Smith took the stand. And they were only compounded when body-worn camera footage from her offsider Wylie was played to the court.

Even with all the banging on windows and doors, Smith admitted that she did not identify herself as a police officer until she was confronted by the homeowner in the backyard.

Then, there were questions about the circumstances of the confrontation between Wilczewski and Smith.

“He was holding [the shovel] by his side [with the blade facing upwards at the level of his head] … he wasn’t swinging it … he wasn’t brandishing above his head … he wasn’t holding it like one might hold a baseball bat … this was a man holding a shovel, correct?” defence barrister Adam Chernok asked.

“Correct,” Smith responded. Wilczewski had been walking, not running, but the danger was still real, she said.

Chernok repeated back her evidence:

“It takes about 30 seconds from when you first see him … is that right?” he asked.

Her offsider Wylie did not witness the shooting but audio of the incident was captured on her body-worn camera. (Probationary officers like Smith do not wear cameras).

The timecode on the footage shows Smith opened fire less than five seconds after she spotted Wilczewski coming towards her and first shouted out to him. Smith then announced “police” and shouted “get back” three times before opening fire.

In her testimony, Smith said she would have been clearly identifiable as police to Wilczewski as she was wearing a high-vis fluorescent reflective vest and police kit while standing near lights on the side of the house.

The camera footage showed the backyard was in darkness before the incident.

Smith also said she had no memory of what happened in the minutes after she opened fire.

“I don’t recall that,” Smith responded.

Smith also failed to remember being told she should leave the backyard on several occasions leading up to the shooting by her superior, Wylie, who decided they should wait for the back-up that was only minutes away.

Sergeant Michael Knight, the local supervisor who arrived at the scene minutes after the shooting, was asked if in circumstances where a police officer doesn’t know whether they’ve been seen when banging on windows and doors it would create an “extra unnecessary level of risk” if they are not also announcing themselves to be a police officer.

“I’d have to be in that circumstance. But I would do it,” he testified. “I would announce: Police! Police! Is everything alright?′ That’s what I would do, but she’s a junior trainee so…”

It also emerged during testimony of other witnesses that Victoria Police failed to do forensic ballistics testing at the scene or conduct any interviews with potential witnesses to the shooting in the neighbourhood.

The prosecution and defence also battled over whether Smith had any legal right to enter the locked backyard in the first place.

Smith claimed in her testimony that the noise constituted a “breach of the peace”, empowering police to enter private property without a warrant. She would later add she had “implied consent” to be there because she was concerned for the welfare of the occupant of the house.

Chernok told the court Smith had “serious reliability and credibility issues” and a “Dirty Harry-type mentality”. The evidence showed Wilczewski did not realise Smith was a police officer and was acting in self-defence, he said.

“It is, in my submission, clearly a myopic investigation, one that is setting out to prove Wilczewski was an aggressor,” he said.

“The reality is that this is fundamentally a situation of [Smith’s] creation. She had no lawful justification for being in that backyard. She was a trespasser. He hears bashing and crashing and he goes into his own backyard … and the shovel is effectively being held protectively.

“But why continue walking, holding a shovel at his height? And that’s self defence?” magistrate Simon Guthrie interjected. “No surprise I want to think about it.”

In his decision a day later, magistrate Simon Guthrie found there was enough evidence to commit Wilczewski to stand trial.

“The elements of self-defence were raised and the question of whether the accused believed upon on reasonable grounds it was necessary in self-defence to do what he did I believe is a matter for the jury,” Guthrie said.

Wilczewski entered a plea of not guilty. He is set to appear for a directions hearing in the County Court next week, where a trial date will be set.