German tennis star Boris Becker and his estranged wife Lilly have arrived to face each other in court today as their divorce battle continues.

The former couple, who split after 13 years together, have each accused the other of ‘unreasonable behaviour’.

Judge Sarah Gibbons will oversee the latest hearing in the case at the Central Family Court in London today.

Both Mr Becker, 51, and Mrs Becker, 42, now going by her previous surname of Kerssenberg, arrived about 45 minutes before the case was due to start this morning. 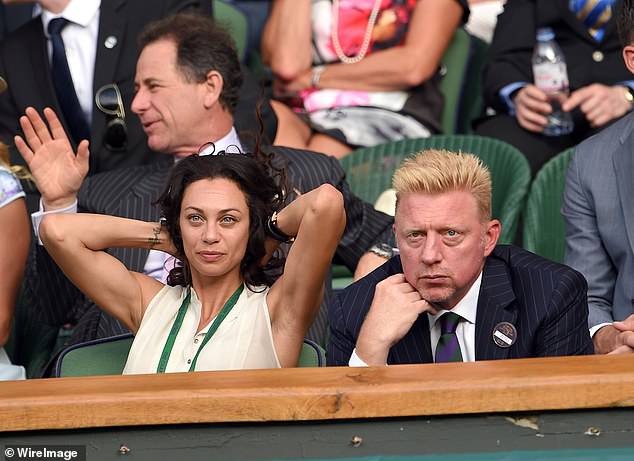 The couple announced earlier this year that they are splitting up after 13 years together. They are pictured at Wimbledon in 2015

In late October, Judge Gibbons was told that both issued divorce petitions on the grounds of ‘unreasonable behaviour’. 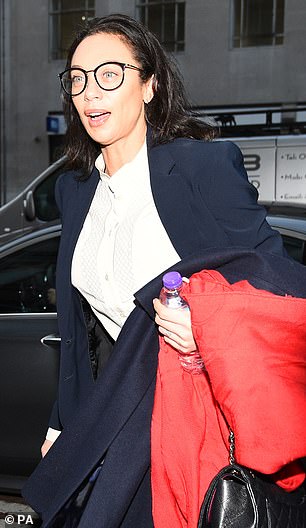 Judge Gibbons had overseen the hearing in public but imposed limits on what could be revealed in media reports.

Mr and Mrs Becker are embroiled in a separate dispute over money.

Following a hearing at the end of September, Ms Kerssenberg posted: ‘Not today, Satan not today. The Devil whispered in my ear: ‘You’re not strong enough to withstand this storm’. I whispered back: ‘It’s you that isn’t strong enough’.’

Becker – whose lawyer previously claimed the split is ‘amicable’ – posted: ‘There comes a time in your life when you walk away from all the drama and people who create it.

‘You surround yourself with people who make you laugh. Forget the bad and focus on the good. Love the people who treat you right, pray for the ones who don’t. Life is too short to be anything by happy.’

The 50-year-old former tennis star announced in May this year that he and Lilly had separated after 13 years together.

Becker was declared bankrupt last year when it emerged he had racked up a debt of £3.3million with a private bank.

He was then involved in a bizarre row over whether a diplomatic passport he had been issued by the Central African Republic entitled him to immunity from bankruptcy proceedings.

A judge analysing issues relating to the division of assets oversaw a private hearing at the Central Family Court in London in early October. Becker was not at that hearing but Mrs Becker was in court. 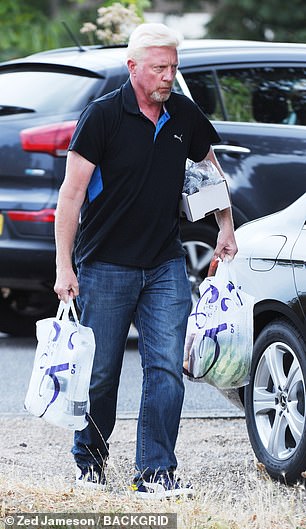 The judge, Recorder Fiona Hay, allowed journalists to attend the hearing but placed limits on what could be reported.

Becker was declared bankrupt in 2017. Bankruptcy issues have been analysed at separate High Court hearings in London.

Mr Becker became the youngest men’s singles champion at Wimbledon when he was just 17 in 1985. He won six Grand Slam titles, including three Wimbledon titles in total.

He collected 49 singles titles overall in a career spanning more than two decades.