BORIS Johnson is right to repay his new voters in ex-Labour seats — but he must not overlook winning back millennials.

Many will scoff at that. It seems so long since young people backed the Tories in numbers.

In 2015 they split the 25-34s — though Labour began to dominate the 18-24s who found Ed Miliband’s 1970s socialism new and sexy. Last week Labour was miles ahead in both brackets.

For years leftie teachers and lecturers have hammered home the mantra that Tories are wicked while Labour “care”. Last week a Cardiff University journalism lecturer branded Tory voters, some of them his students, “vermin”.

Some of this will change naturally. Brexit will become normal. Voters will see Boris is nothing like Labour’s hard-right caricature. But it won’t be enough.

Some young people gravitate to the centre or right once they begin to grasp the complexities of adult life and, well, basic economics.

Owning a home and having kids focuses the mind too. But that won’t be an option if property remains unaffordable.

Boris CAN turn round a corrosive and infantile leftie culture which equates voting Tory with torturing babies.

But he must build millions of affordable homes and radically improve renters’ lot.

“OUR time will come,” threatens Corbyn, mimicking a slogan from his old IRA mates.

He might have added another: “Remember, we only have to be lucky once.”

That certainly seems to be Labour’s election strategy now, so convinced are they that they did nothing wrong.

But if Momentum believe they can simply install some new young Corbynista puppet as leader and get “lucky” in 2024 they’ll get thrashed again.

Labour’s moderates have only days to get organised, though. Corbyn’s clowns aim to stitch up their successor rapidly.

HOW are the mighty fallen.

Ex-Speaker John Bercow is reduced to performing demeaning tricks on Italian TV. But at least he’s off OUR screens for a bit. 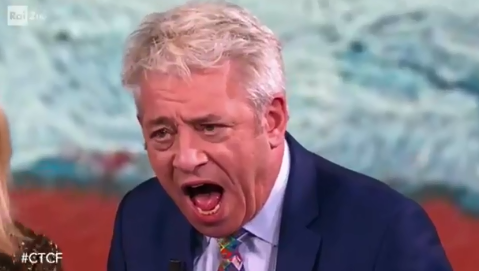 You would have thought we were due an indefinite silence from vanquished Europhile elitists — or the hard-left halfwits masquerading as “journalists” who repelled former Labour voters.

But broadcasters still have these flatulent, irrelevant Boris-haters on speed dial.

Will they ever stop inviting them on?