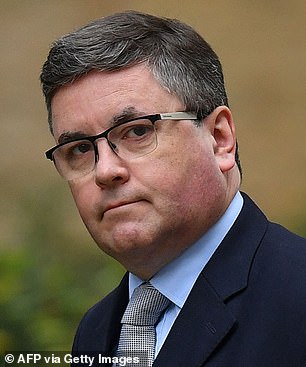 In a further toughening of sentencing, Justice Secretary Robert Buckland will say they will automatically get a whole life sentence, so they are never released.

The move will end the ‘sickening injustice’ of parents having to watch their child’s killer walk free, he said.

Currently all murderers automatically get a life sentence, but the vast majority are eligible for parole after serving their minimum term, which is set by the courts.

The whole life sentence is reserved for serial killers, or murders with a sadistic or sexual motive.

But Mr Buckland, the Lord Chancellor, will announce a change to extend whole life sentences to adults aged over 21 who commit a premeditated murder of anyone under 16. 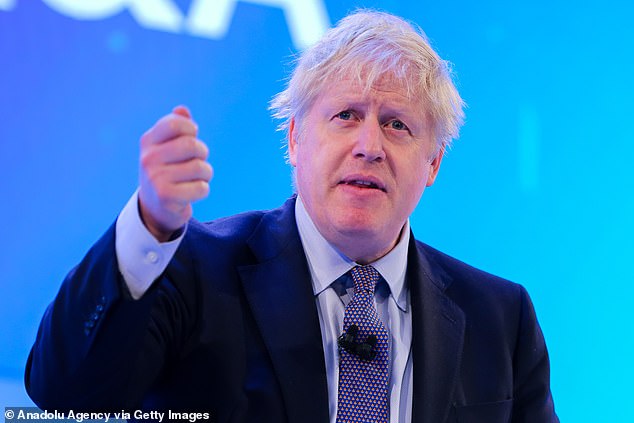 Prime Minister Boris Johnson (pictured today at annual CBI conference in London) hopes that extending ‘whole life’ prison sentences to child killers will ensure ‘life means life’ unlike the current system where the vast majority are eligible for parole after serving their minimum term, which is set by the courts

He said: ‘There can be no more sickening injustice than that of heartbroken parents watching the killer of their child walk free.

‘That’s why under a Conservative majority government the law will be rewritten to be clear: any murderer who denies a young, innocent child the right to life surrenders their own right to liberty. 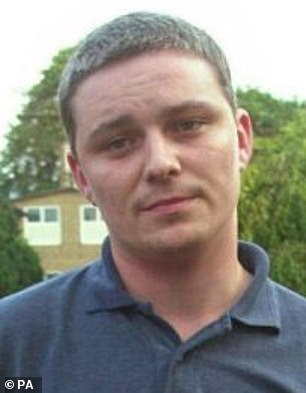 Mr Buckland said the new law could have applied to Soham killer Ian Huntley (pictured), who murdered Holly Wells and Jessica Chapman, both ten, in 2003

‘There is nothing we can do to take away the pain of the families of murdered children. So we must do everything not to compound it.’

Judges will have their normal discretion not to impose a whole-life term, but this will be allowed only if there is exceptional mitigation, Conservative officials said.

The new sentencing law could have applied to Soham killer Ian Huntley, who murdered Holly Wells and Jessica Chapman, both ten, in 2003.

He was given two life terms but will be eligible for release in 2042. At his trial it was unclear to what extent the crimes were premeditated. Other more recent cases include that of double killer Louise Porton, from Rugby, Warwickshire, who killed her three-year-old daughter in January last year.

Eighteen days later she strangled her youngest child after complaining that the girls ‘got in the way’ of her life as a sex worker. She was jailed for life with a minimum sentence of 32 years.