‘We won’t roll over and surrender’: Boris Johnson vows not to let rail unions take Britain back to the 1970s with strike set to paralyse the country THREE times this month as he digs in for battle over pay and job security

Boris Johnson vowed not to ‘surrender’ to the rail unions as two more announced strike plots yesterday as part of a co-ordinated ‘summer of discontent’.

The Prime Minister told Cabinet colleagues that the Department for Transport and the rail industry had his ‘1,000 per cent support in this fight’.

He pledged that the Government will not simply ‘roll over’ to union demands in the face of threats to bring the railways to a standstill and will help the industry weather the storm if a deal can’t be struck.

It came as train drivers’ union Aslef announced strikes to coincide with those by the militant RMT, heaping more misery on rail travellers this summer.

Aslef drivers on Hull Trains will strike on June 26 and those on Greater Anglia on June 23. Drivers on the Croydon Tramlink, in south London, will also walk out on June 28, 29 and July 13 and 14.

These dates coincide with the RMT’s strikes, which will see 40,000 workers for Network Rail and 13 train firms covering most of the country walk out on June 21, 23 and 25. 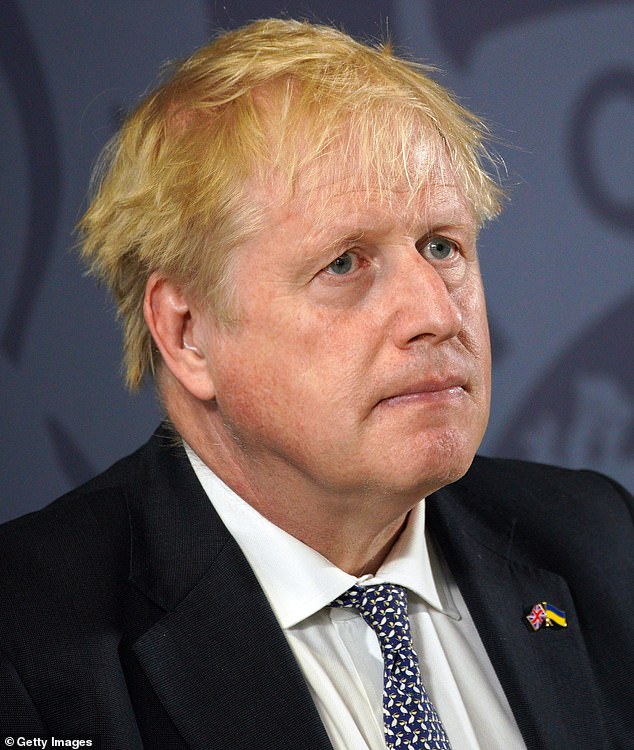 Pictured: Prime Minister Boris Johnson has insisted he will not roll over to the rail unions ahead of planned strikes this summer and said he will help the rail industry weather the storm

It means almost no trains are likely to run on these routes. With the RMT strikes only, as many as one in five services could have been capable of running.

To add insult to injury, the TSSA union yesterday said it would start balloting hundreds of workers for industrial action at train operator Avanti West Coast, which runs services on the west coast main line. It means its members could also walk out on one of the most important rail corridors in the UK from mid-July.

All of the action is over a row on pay and job security.

The news comes after the Daily Mail revealed last month how – in an echo of 1970s union militancy – the heads of the RMT, Aslef and TSSA unions said they are working on plans to inflict the ‘maximum possible disruption’.

Manuel Cortes, the boss of TSSA, which represents Network Rail control room and maintenance workers, noted gleefully: ‘The disruption will be unparalleled.’

A government source said: ‘The Prime Minister said in Cabinet that the Department for Transport and the industry has his 1,000 per cent support in this fight and it’s not going to be a question of folding, we’re not going to surrender on this one. 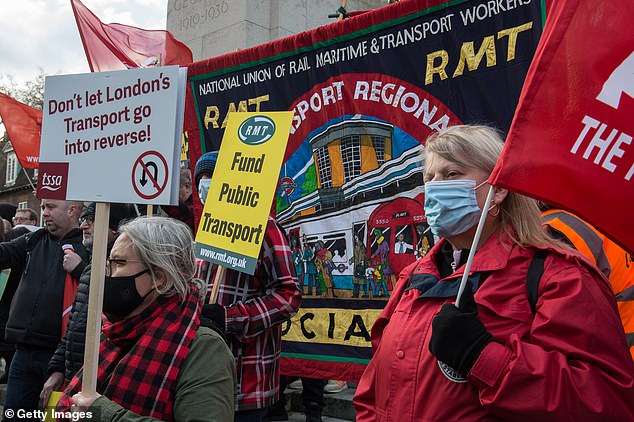 RMT’s strikes will see 40,000 workers for Network Rail and 13 train firms covering most of the country walk out on June 21, 23 and 25. Pictured: An RMT union protest at Parliament in 2021

‘It’s not going to be an easy fight for the RMT where we roll over.

‘You don’t want to go back to the 1970s where you had inflationary pay rises which led to more inflation. You have to keep pay rises sensible to keep inflation down.’

Ministers and MPs yesterday lined up to criticise the unions. Transport Secretary Grant Shapps tweeted: ‘The theatre, live music and hospitality industries are some of those which are going to suffer from the planned rail strikes. I again encourage unions to stop these strikes and engage in talks with the rail industry.’

He was responding to Tory MP for East Surrey, Claire Coutinho, asking: ‘Disrupting train services will reduce train revenues and, ultimately, it will lead to job losses and reduce pay for those rail workers. So, could we have a debate on this important issue?’

An internal industry estimate, seen by the Mail, put the potential damage that the RMT strikes alone will inflict on the industry at £150million at least. An industry source said: ‘That would be the equivalent of a pay rise of 5 per cent for each [RMT] worker.

‘It takes money off the table in negotiations. It’s absolutely shooting themselves in the foot.’ 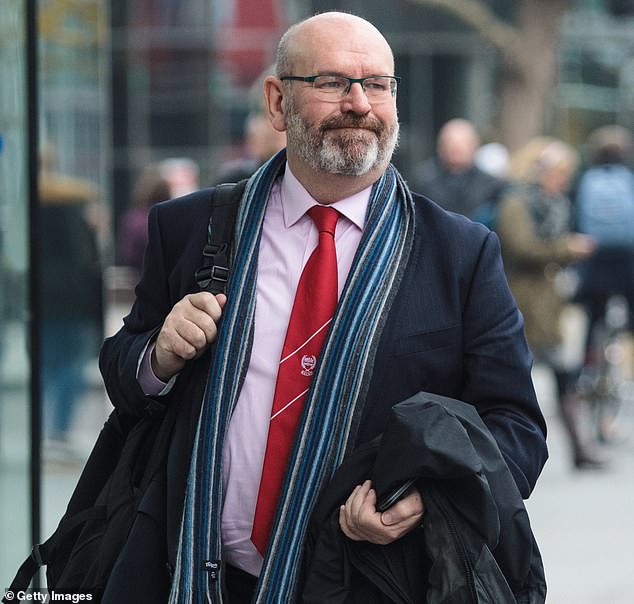 Mick Whelan, general secretary of drivers’ union Aslef who announced strikes to coincide with the existing plans from the RMT union which will bring the UK to a standstill on summer

Yesterday the Mail revealed how Network Rail negotiators offered the hard-Left RMT a pay rise of at least 2 per cent for its members.

The offer is not far off the 3 per cent pay rise ministers last year gave to NHS staff who were on the front line of the battle against Covid. Negotiators said RMT workers could get an even bigger increase if the union agreed to discuss modernising work practices.

Like TSSA and Aslef, it wants pay increases for members which recognise the RPI rate of inflation – currently 11.1 per cent. It also wants a guarantee of no compulsory redundancies.

The RMT’s resistance to modernising work practices has been branded ‘absurd’.

Talks are continuing, but industry sources say they believe a breakthrough is unlikely due to the unions’ apparent intention to strike come what may.

Aslef boss Mick Whelan said: ‘We want a pay rise for train drivers, who kept people and goods moving during the pandemic, in line with the cost of living.’