London: Dominic Cummings and Lee Cain have been accused of presiding over a "laddish" culture in Downing Street, prompting complaints from female advisers that they were picked on in meetings.

The concerns prompted Carrie Symonds, Boris Johnson's fiancée, to lead a revolt against the prime minister's plan to promote Cain to chief of staff at Number 10.

One female insider has told The Daily Telegraph that she believed "Lee and Dom" would pick on young female special advisers in meetings.

"Women were treated differently to men," claimed the source.

"Women were always reprimanded more and women were always accused of leaking more than men. As a woman, you knew you weren't part of the 'lads club' in which many of the people in Number 10 were."

"In meetings women would be picked on in the spad [special advisers] meetings by Dominic and Lee to answer questions they couldn't answer, especially very young women. These were microaggressions." 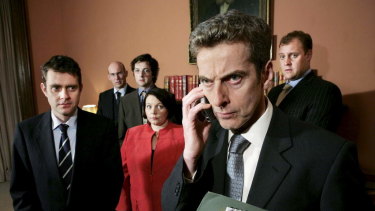 The management style at No. 10 Downing Street has seemingly been gleaned from the playbook of Malcolm Tucker in the BBC show ‘The Thick of It’.Credit:The Thick of It: BBC

The Telegraph has been told that so-called "Brexit Boys" working inside Government under the control of Cummings and Cain had taken to calling Symonds "Princess Nut Nuts" behind her back.

A source said she was labelled a "princess" for allegedly being high maintenance and acting regally. The first "nut", according to the source, alluded to her being "crazy" – although there is no evidence for that; while the second "nuts" reference comes from a belief among the Brexit Boys clique that she bears some facial similarity to a squirrel. 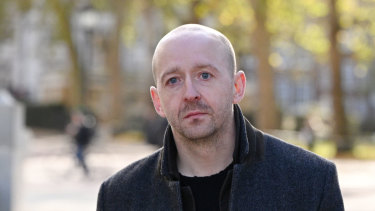 The epithet used behind her back may say more about the attitude inside Downing Street, with Cummings and Cain accused of presiding over a laddish culture that permeates through Downing Street and whose management style has seemingly been gleaned from the playbook of Malcolm Tucker, the fictional hard man spin doctor from the BBC's The Thick of It.

Symonds, however, has had the last laugh.

On Wednesday, she intervened to prevent Cain’s elevation to the uber powerful post of chief of staff.

Symonds was aided by Allegra Stratton, a former BBC and Guardian journalist, picked to be the face of Number 10 press briefings, who had objected to Cain being her boss, and apparently also by Munira Mirza, the head of the Downing Street policy unit, who was also reportedly alarmed at the prospect of giving Cain so much clout.