WITH the Conservative leadership elections under way last week, it did not take long for people to start referring to Carrie Symonds – Boris Johnson’s newish girlfriend – as “First Lady”.

Credit has been given to Carrie, 31, who is 23 years younger than Boris, for overhauling his image, with a haircut and a new svelte physique, partly to appeal to young millennials in her bid to install him in No10. 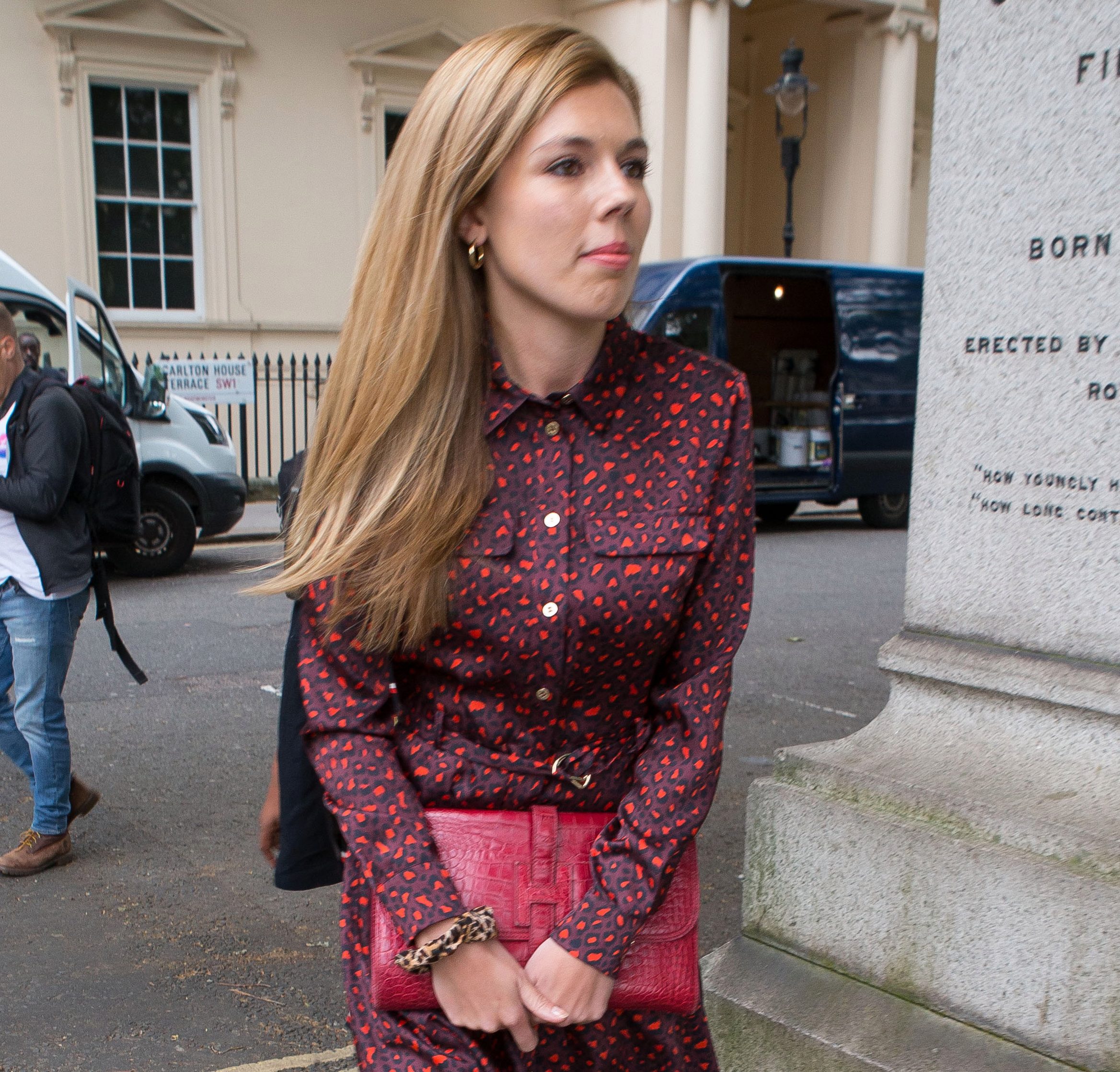 And appearing at the official launch of his leadership campaign — her first public engagement with him since their relationship began last year — she had her own modified image of darker hair, longer dresses and an altogether more demure look.

Her appearance added fuel to rumours she is destined to become the third Mrs Johnson — just as soon as Boris’s divorce from his second wife, Marina Wheeler, comes through.

Carrie and Boris have been living together in a £1million flat for the past nine months and it seems she would be ideally suited to life at No10.

Yes she has helped him look the part, but she deserves a lot more credit than just being “Boris’s stylist”.

She could be his not-so-secret weapon.

Glamorous Carrie knows her stuff. She is already popular in Westminster and was a Tory staffer, working in the offices of Michael Gove, Sajid Javid, Amber Rudd and Zac Goldsmith until she quit after her relationship with Boris emerged last year.

She has proved she is a fighter, too. At university she became one of the youngest victims of the “black cab” sex attacker John Worboys after losing consciousness in the back of his taxi after her drink was spiked.

She gave evidence in court and then, when he was due to be released early, she waived her right to anonymity to campaign against the decision.

She helped ensure he remained behind bars.

My personal view is that, if Boris wins, he will be a good PM.

And if Carrie makes history with the first No10 marriage, she will make a fantastic Prime Minister’s wife. 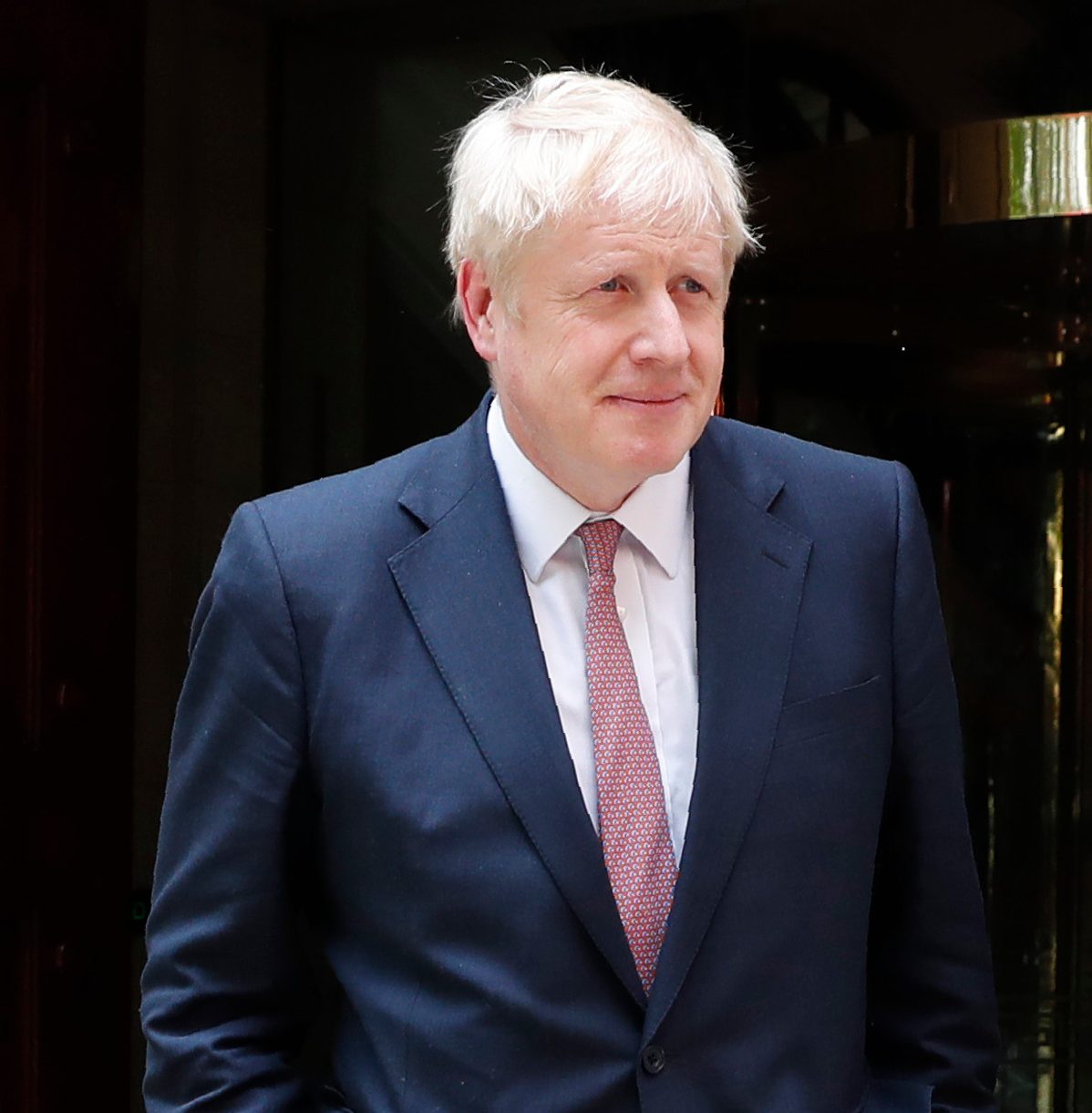 She clearly has his ear, and her youth brings many advantages.

For one, she is passionate about the issues that many old-fashioned Tories are not — from banning female genital mutilation to environmental issues and animal welfare.
Carrie could bring fresh enthusiasm and a modern outlook to No10.

Boris has a challenge on his hands but I think he has got the right woman at his side. His biggest issue will be finally steering us through Brexit, which I suspect he will grab by the balls.

Some people are alarmed by Boris’s insistence that we will leave Europe on October 31 — with or without a deal. But reluctantly, I agree with him.

We are leaving the EU and yes, without a deal it will be very difficult. But the country is strong and we will get through it, eventually. Hopefully under the leadership of Boris Johnson.

The biggest threat to this country is not a No Deal Brexit but Jeremy Corbyn in power.

And, unless the Conservative Party get themselves together and focus on the country, they are opening the door wide open to that possibility.

Good luck to Boris. And good luck to Carrie. They could be just what we need, a bit of a dream team.

I have always believed in the saying “behind every great man is a great woman”.

MADONNA claimed this week that it would be less challenging for her children if she wasn’t their mother because she is one of the most famous women on the planet.

I have sympathy with her. Me just breathing embarrasses my kids, so if I dressed up like a pirate then God knows what they’d make of it. 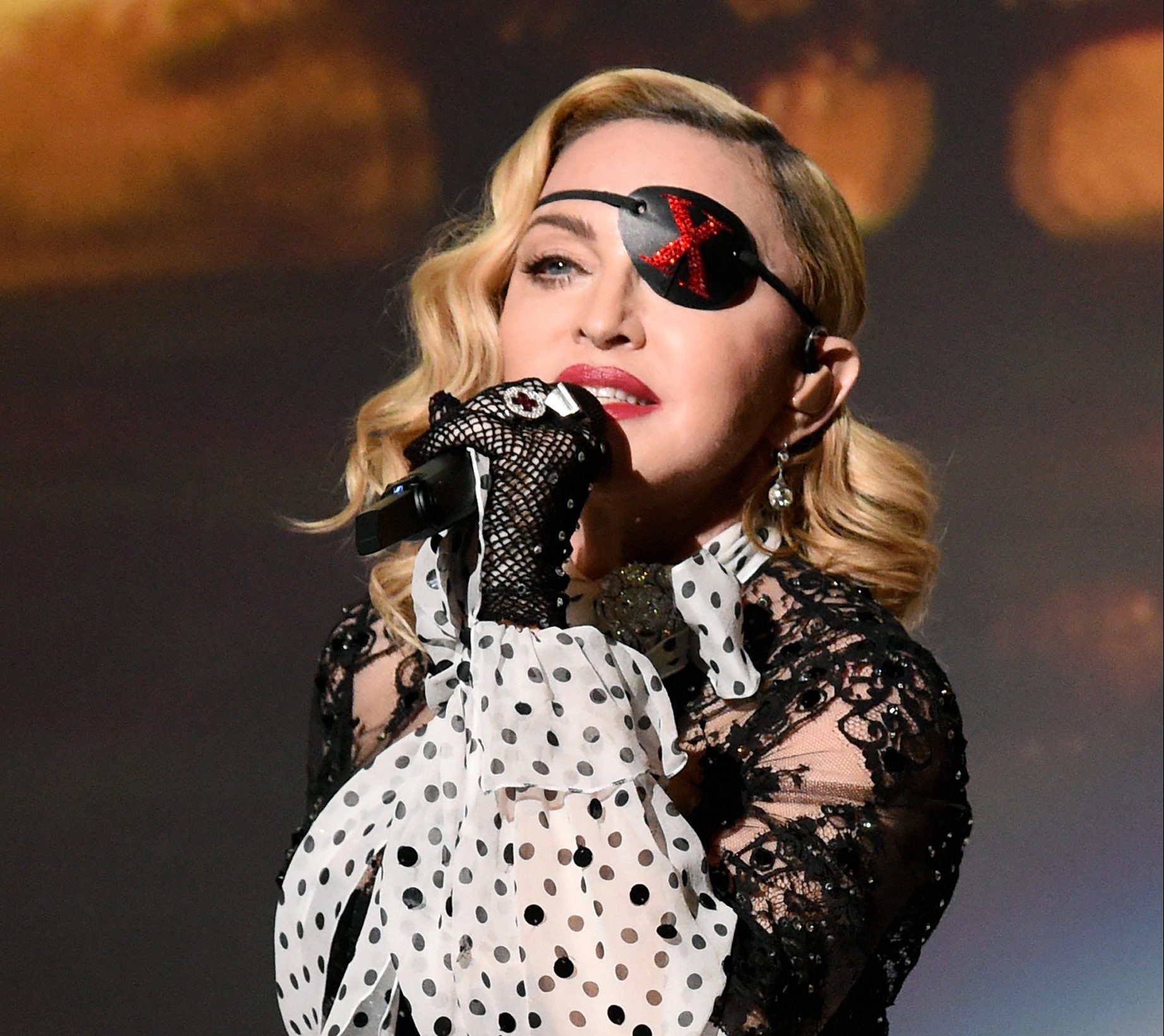 IT made me wince to read about the UK’s “oldest Barbie” who just had her 105th surgery in a bid to be the most plastic woman in the world.

Rachel Evans, 48, from Bromley in Kent, has spent more than £35,000 on cosmetic procedures in the past 13 years to become a human Barbie. 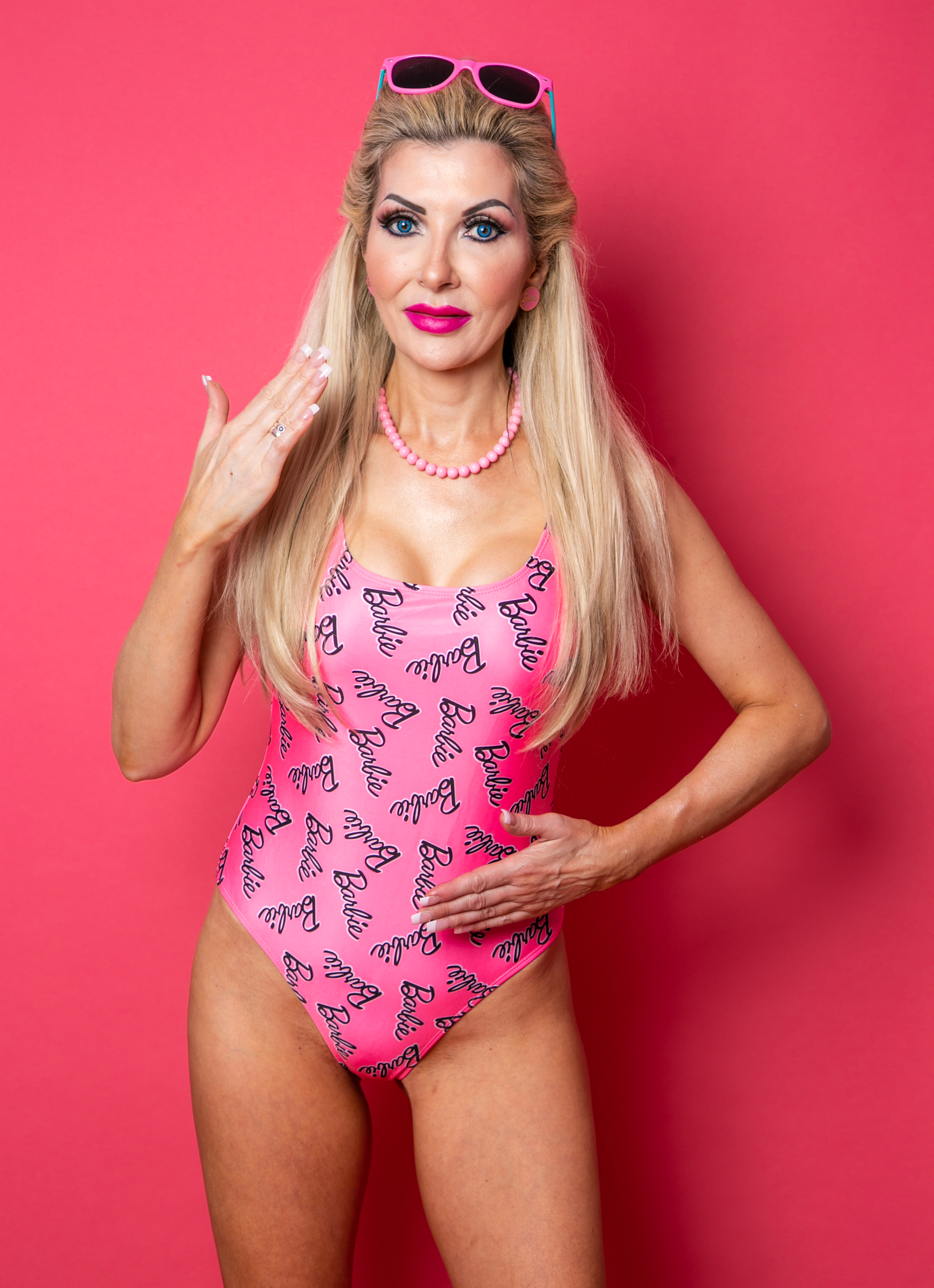 I’m sorry if this sounds critical but wanting to be “the most plastic human in the world” is a desperately sad ambition. And the reason I am flagging that up is to avoid normalising the idea.

Although, by the way, she has achieved her aim.

In fact, she looks so plastic that I’m tempted to ask her how Ken is.

Men must clean up their act

LOTS of criticism this week towards the husband of a blogger who calls housework “choreplay” and says he only does his fair share to “get lucky”.

In an Instagram post by Bri Dietz, from San Diego, to her 74,500 followers, the mother is seen kissing her smiling husband on the cheek. 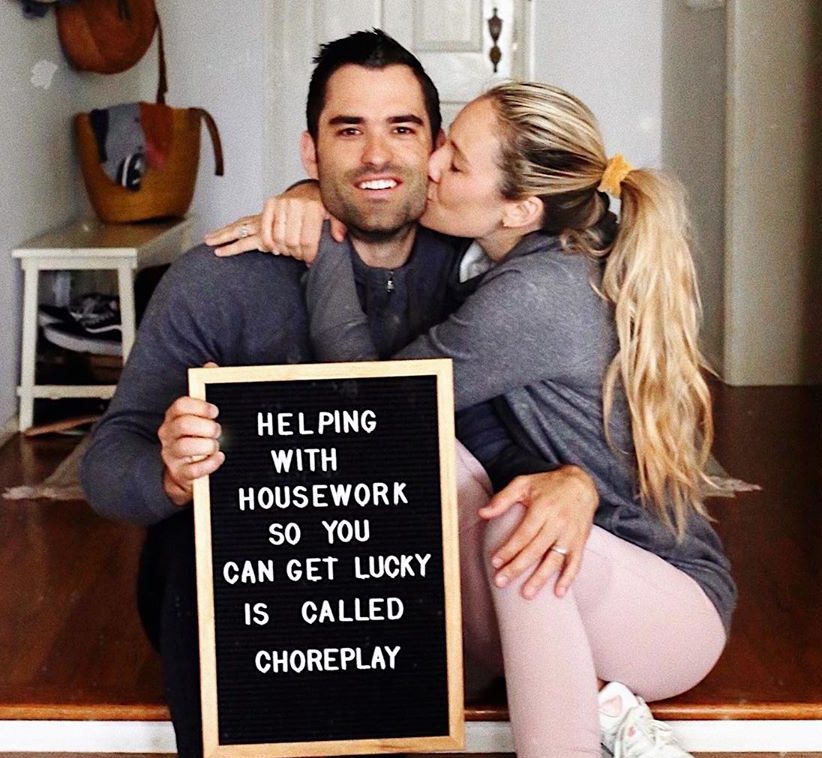 He is holding a sign which reads: “Helping with housework so you can get lucky is called choreplay.” Her caption says: “Nothing hotter.”

To that I would say, on the one hand, who cares what his motivation is as long as he pulls his weight? And there’s no doubt that resentment is the opposite to feeling frisky.

On the other hand, though, how is it when a man does housework he’s “helping” the woman in his life? It’s just like dads who are “babysitting” when all they are doing is looking after their own kids.

Men, just in case you didn’t get the memo: Housework is no longer women’s work.

Everyone who lives in the house should help clean it – it’s as simple as that.

I LOVE the fact Anneka Rice invented an extremely polite and courteous – and fictitious – agent called Clemmie Hart to get her through the years when she was taking time out for her children.

She fooled the TV industry for a decade pretending to be Clemmie when responding to bookings. 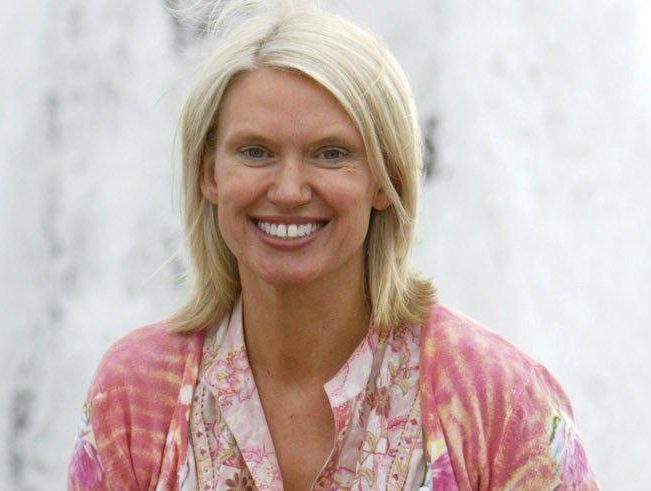 What a great story.

And it’s great, also, to see someone at 60 looking so naturally well, seemingly without any fillers or surgery.

When I was a kid, most women of 60 had blue rinses, not long blonde hair and a dynamic approach to life.

How things have changed (for the better) over the past 50 years.

All is not lost, Alex

PAUL Hollywood’s ex-wife, Alex, said in an interview last week that she lost herself in their marriage – but only realised it after the Bake Off judge had an affair.

I think there are many women out there who will relate to that. 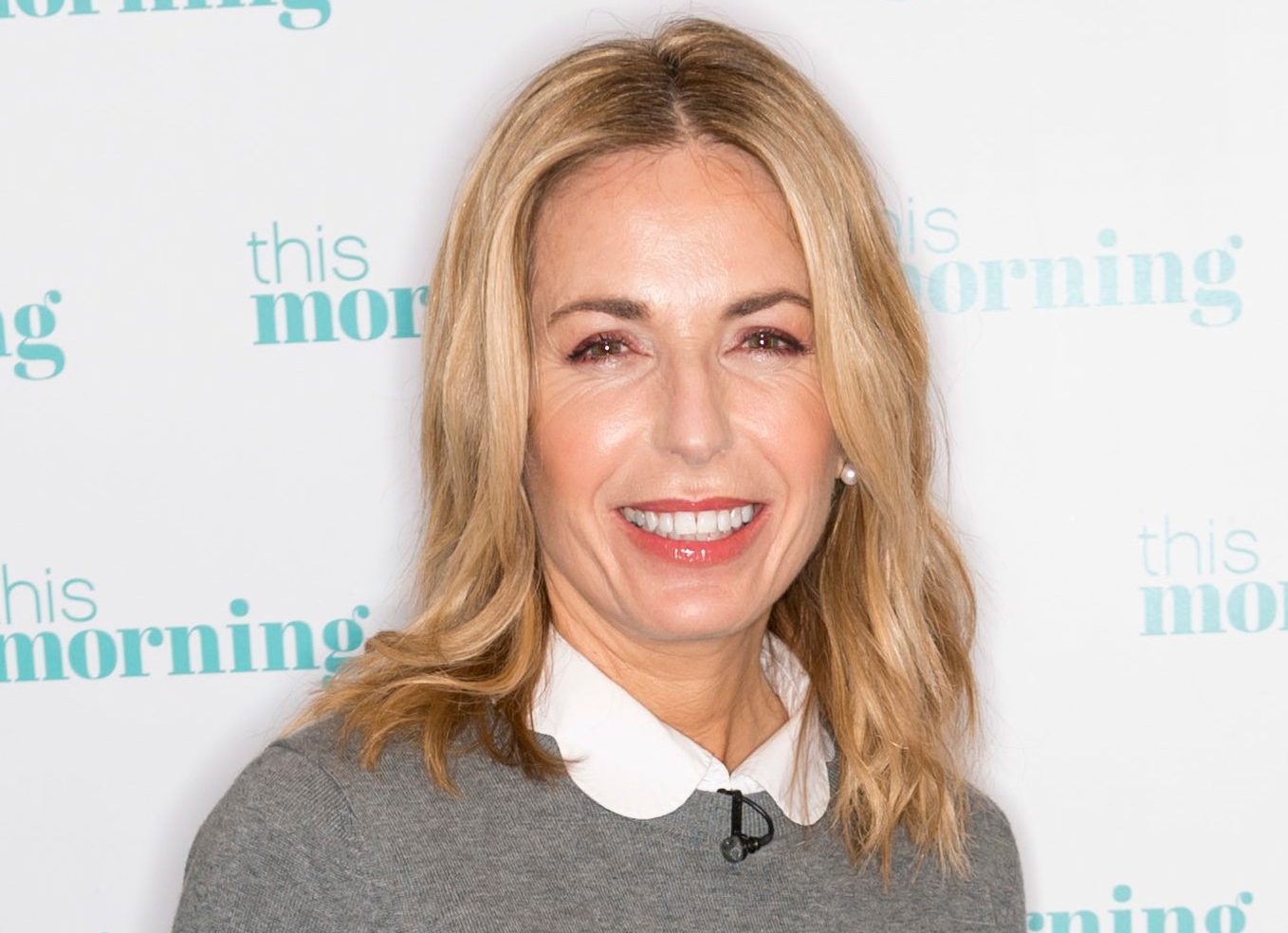 Long-term marriage needs to be maintained and nurtured. If it’s not then things can go awry.

Her husband took her for granted, then cheated on her and she was forced to reassess her life.

Now she has come out the other side to remind us that there is life after divorce.

And, by the way, she’s never looked better.

Climate's not the only issue

I’M as concerned as the next person about saving the planet.

Obviously I want to stop climate change in its tracks and also free the world of plastic. And I know that action needs to be taken.

But I have a major problem with Theresa May’s £1trillion legacy pledge to reduce greenhouse gas emissions to net zero by 2050. And with the claim that part of the way Britain will hit that target is to pay developing countries to plant trees around the world to offset our own emissions.

Clearly, she’s trying to create a legacy beyond being the PM who failed to deliver Brexit.

But, yet again, we are stepping up to save the world where others – China, the US, India – can’t be bothered.

Paying poorer countries to plant trees to reduce our emissions seems like a mad waste of money to me when we should be focusing our efforts on dramatically reducing our own emissions.

The fact this happened on the same week that it was announced most people over 75 will no longer have a free TV licence highlights just how skewed our priorities are.

And then there are other major issues – young people’s mental health, schools, hospitals, care for the elderly population – which need serious and immediate attention.

Why are our priorities so mixed up?